Young was reportedly diagnosed with a Grade 2 lateral sprain on his left ankle. 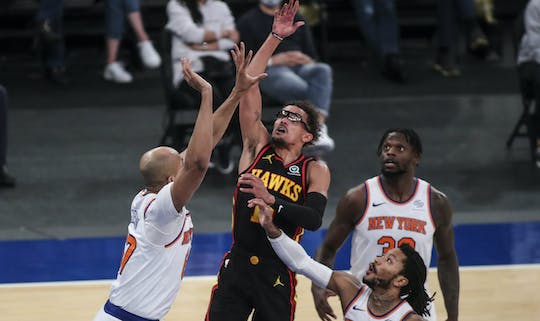 The Atlanta Hawks received good news on Thursday as their star guard Trae Young appears to have avoided a serious injury.

Young was diagnosed with a lateral left ankle sprain following an MRI, the team announced. ESPN’s Adrian Wojnarowski reports that Young should return “once swelling and discomfort are gone.”

The 22-year-old guard will miss the Hawks’ game against Miami on Friday and Sunday’s matchup against Milwaukee.

He originally sustained the injury on Wednesday in a 137-127 overtime loss to the New York Knicks. X-rays were negative.

Young had 20 points and 14 assists against the Knicks before turning the ankle when he landed after shooting a short floater with 1:13 remaining in the third quarter. He left the game and did not return.

Young is averaging 25.3 points per game and ranks third in the NBA at 9.6 assists. He missed two games with a calf injury earlier in April.