It took some time before Jordan Clarkson accepted his bench role. When he finally did, he flourished and won Sixth Man of the Year. 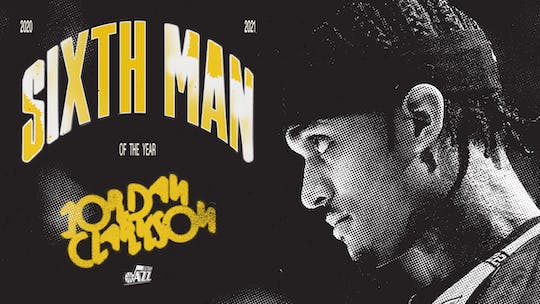 Jordan Clarkson thought he was too good to be on the bench.

Coming into his third season in the league, the then 24-year-old sat down and had a talk with new Los Angeles Lakers head coach Luke Walton.

“Luke Walton got the job and he told me that I was going to come off the bench. I kind of took it like, man, he don’t think I’m good enough,” Clarkson recalled. “So he’s going to play me off the bench, and I’ve got to prove him wrong, like I’ve got to get back in the starting lineup.”

The year before that, Clarkson turned heads. The second-round pick out of Missouri started 79 games and averaged 15.5 points on 43.3 percent shooting in his sophomore season. His brash shot selection was welcomed on a young Lakers squad still looking for their identity.

At every level, Clarkson has had to prove that he belonged. He took the move to the bench as another hurdle, more doubts from his coach that he needed to quell.

This constant need to prove that he deserved a starting spot dictated much of Clarkson's early career. When he finally embraced the reserve role with the Utah Jazz, he won Sixth Man of the Year, besting his teammate Joe Ingles and New York Knicks guard Derrick Rose.


It's hard to imagine Clarkson evolving into the player he is now. In 2018, he went through a major career crossroads after being traded by the Lakers to the Cleveland Cavaliers, who desperately needed more scoring outside of their stars LeBron James and Kevin Love.

As with most LeBron-led teams, those Cavaliers stormed through the East and made the Finals against the juggernaut Golden State Warriors. All the while, Clarkson struggled to fit in, despite being given several chances to contribute to a winning team.

“I needed to learn how to really impact the game in terms of numbers with the shots I was taking,” Clarkson said. “It was like a wake-up call because I didn’t play well in the Finals with Bron, during that whole playoff series. I was kind of out of there mentally. But then I sat down again and scraped it and went back to the drawing board.”

After Game One of that Finals series, Clarkson looked like he was just another inefficient player that would soon be out of the league. That game encapsulated how young Clarkson played: a lot of isolations and long 2-pointers, and not a lot of passes. Clarkson got meme'd hard after that game. #NBATwitter thought they had him figured out. Clarkson had to make a change.

After a lot of soul-searching, off-season training, and talking to veteran bench scorers like Lou Williams and Jamal Crawford, Clarkson entered the 2018-2019 season with a renewed mindset, almost manifested physically through his new sets of tattoos all over his body. 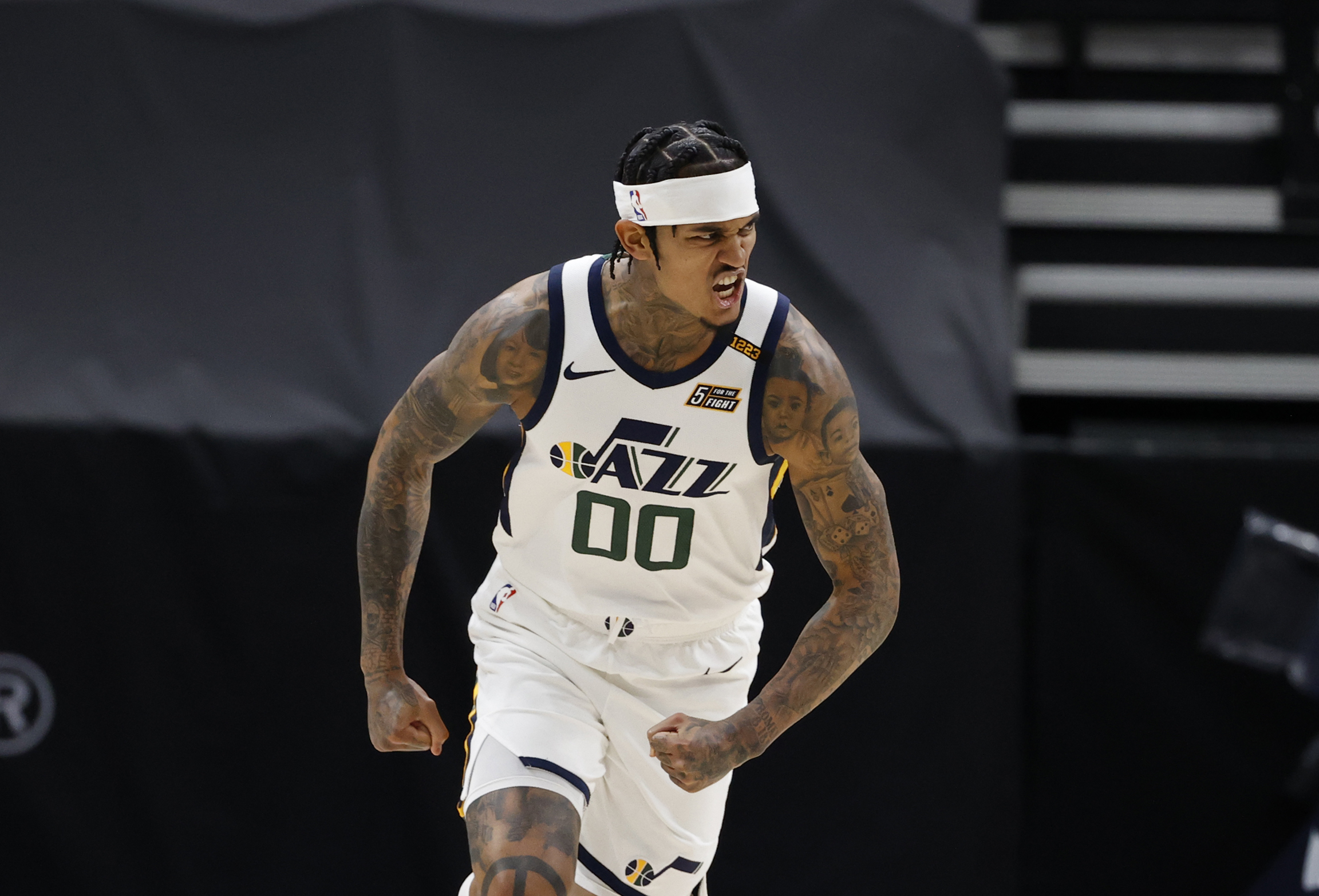 Clarkson started slowly integrating more moves in his arsenal. When the Jazz took a chance and traded for him at the deadline, Clarkson talked with his coach Quin Snyder, reminiscent of his conversation with Walton.

“When I got here, coach Quin sat me down and really showed me the shots I was taking, what he saw in me and expected out of me,” said Clarkson.

The Jazz already had Clarkson coming off the bench, but it wasn’t until this season that he truly flourished. Under the team-wide ethos, Clarkson traded his long 2s and isolations for 3-pointers and pick-and-rolls. On a Jazz team that exercised egalitarianism, Clarkson was their explosive ace up their sleeve. On the best team in the NBA, Clarkson led the league in points off the bench, averaging 18.4 points with 208 made 3s, both career-highs.

Although he already experienced being on a team that made the Finals, this was the first time Clarkson felt that he was a part of a winning team. The Jazz needed him to win.

“It’s my first time really being on a winning team and having a piece of it and having a role in it. And this team, it’s just amazing how we bond together,” Clarkson said. “I had it a little in Cleveland. But here in Utah, with this organization, this team, it’s definitely a different feel. I know that the next man has got my back. And these guys, I’ve been so open with them and transparent, they almost feel like family.”

Clarkson, now 28 years old, has joined a storied club of bench scorers. He has found a team where he fits, where he’s beloved by a passionate fanbase, where he feels like he belongs.

Five years since detesting his move to the bench, Clarkson has found the key to securing a long NBA career: accept who you are and embrace your role.