Thomas has been called up from the NBA G League by one of his former teams. 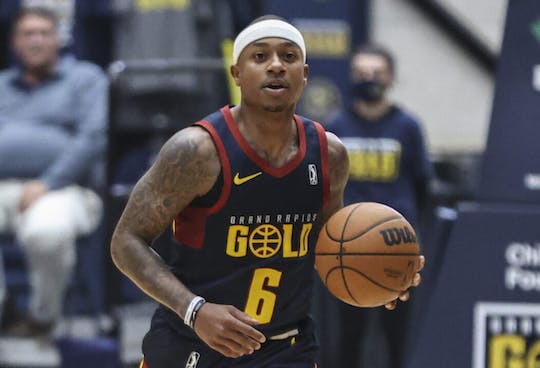 Isaiah Thomas will sign a 10-day contract with the Los Angeles Lakers, according to NBA insider Marc Stein and The Athletic’s Shams Charania.

Thomas will join the roster under the hardship exemption, which allows a team to exceed the 15-player maximum. Los Angeles is without several players due to injuries and the NBA’s Health and Safety Protocols.

Thomas, 32, last played an NBA game during the 2020-21 season when the New Orleans Pelicans signed him to a 10-day contract. He averaged 7.7 points across three games.

The two-time All-Star is coming off an impressive 42-point outing in his NBA G League debut on Wednesday. Thomas played for USA Basketball in November, hitting a clutch 3-pointer in the World Cup qualifying opener against Cuba.

Over the next 10 days, the Lakers will face the Minnesota Timberwolves, Chicago Bulls, Phoenix Suns, San Antonio Spurs and Brooklyn Nets.