The 9-year NBA veteran took to social media to remind his followers that racism and stereotypes have an impact on Asian Americans. 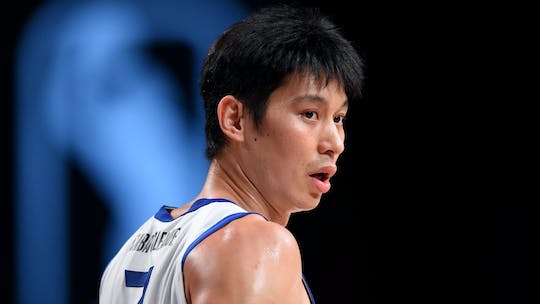 Jeremy Lin is averaging 19.6 ppg for the Santa Cruz Warriors.

Former NBA player and current Santa Cruz Warriors guard Jeremy Lin took to social media on Thursday night to speak out against the rising number of hate crimes experienced by Asians and Asian Americans in the United States.

Specifically, Lin was calling to attention in his Facebook post the need to remind his followers that racism and stereotypes have an impact on Asian Americans.

“We are tired of the stereotypes in Hollywood affecting our psyche and limiting who we think we can be. We are tired of being invisible, of being mistaken for our colleague or told our struggles aren’t as real. … I want better for my niece and nephew and future kids. I want better for the next generation of Asian American athletes than to have to work so hard to just be “deceptively athletic.”

“Being an Asian American doesn’t mean we don’t experience poverty and racism.

“Being a 9 year NBA veteran doesn’t protect me from being called “coronavirus” on the court.”

Something is changing in this generation of Asian Americans. We are tired of being told that we don't experience racism,...

Lin last played in the NBA during the 2018-19 season, which he split between the Atlanta Hawks and Toronto Raptors as a reserve. Prior to that, he played for the New York Knicks, Houston Rockets and Brooklyn Nets. During a memorable stretch of games in February of 2012 that became known as “Linsanity,” Lin and the Knicks put together a long winning streak that captivated the fanbase and the city.

He spent last season with the Beijing Ducks of the Chinese Basketball Association and had previously criticized former U.S. president Donald Trump for his use of the term “Chinese virus” in regards to COVID-19.

He last played in the G League during the 2011-12 season — the same season of his NBA breakthrough with the  Knicks. This season, Lin is averaging 19.6 points, 2.8 rebounds, 7.2 assists and 1.6 steals for the for the Santa Cruz Warriors.

Per The Associated Press, U.S. bigotry toward Asian Americans spread quickly throughout the U.S. in the wake of the coronavirus pandemic.

Initial evidence during the COVID-19 pandemic suggested the virus began in bats, which then infected another animal that may have spread it to people at one of Wuhan, China’s “wet markets.” That information quickly got distorted in the U.S., spurring racist memes on social media and a rise in hate and discrimination toward Asians and Asian Americans was not far behind.

In August, Stop AAPI Hate — a coalition of Asian American advocacy groups — issued a report stating it received more than 2,500 reports of hate and discrimination across the country since the group was founded last March. The group said it received data from 47 states, with 46% of the incidents taking place in California and 14% in New York.

Asian American small businesses have been among the hardest hit by the economic downturn during the pandemic. Small-business activity nationwide fell 22% from February through April, 2020 but Asian American business-owner activity fell 26% during that window, per the National Bureau of Economic Research.

Information from The Associated Press was used in this report.
Read Next
Feature