The New York Knicks have finally found their identity this season, mostly thanks to Julius Randle blossoming into the All-Star that he was meant to be. Julius Randle is an All-Star.

The game was against the Indiana Pacers, at a time when the Knicks weren’t a very good basketball team. It was their first game since head coach David Fizdale was fired. Their record, 4-19, looked more like a date than an actual win-loss record.

Randle was a 73 percent free throw shooter. As he stepped to the line, he needed to breathe hard for the crowd and for himself. He gave it one of those really strong ones, as if he was about to take a plunge. He held a brief staring contest with the rim, took one dribble, and launched. Clank. Too strong. Game over. Nine straight losses for the Knicks.

Randle’s first year in New York was rough. He signed a three-year, 62.1 million dollar deal to a Knicks team desperate for a superstar, an All-Star, or practically any tier of star they could get.

On the court, Randle moved as if the lucrative contract was tucked in the waistband of his shorts, many times pushing him to force the issue. The Knicks ended that disastrous run with 21 wins and 45 losses. Yikes.

But things are different this season. 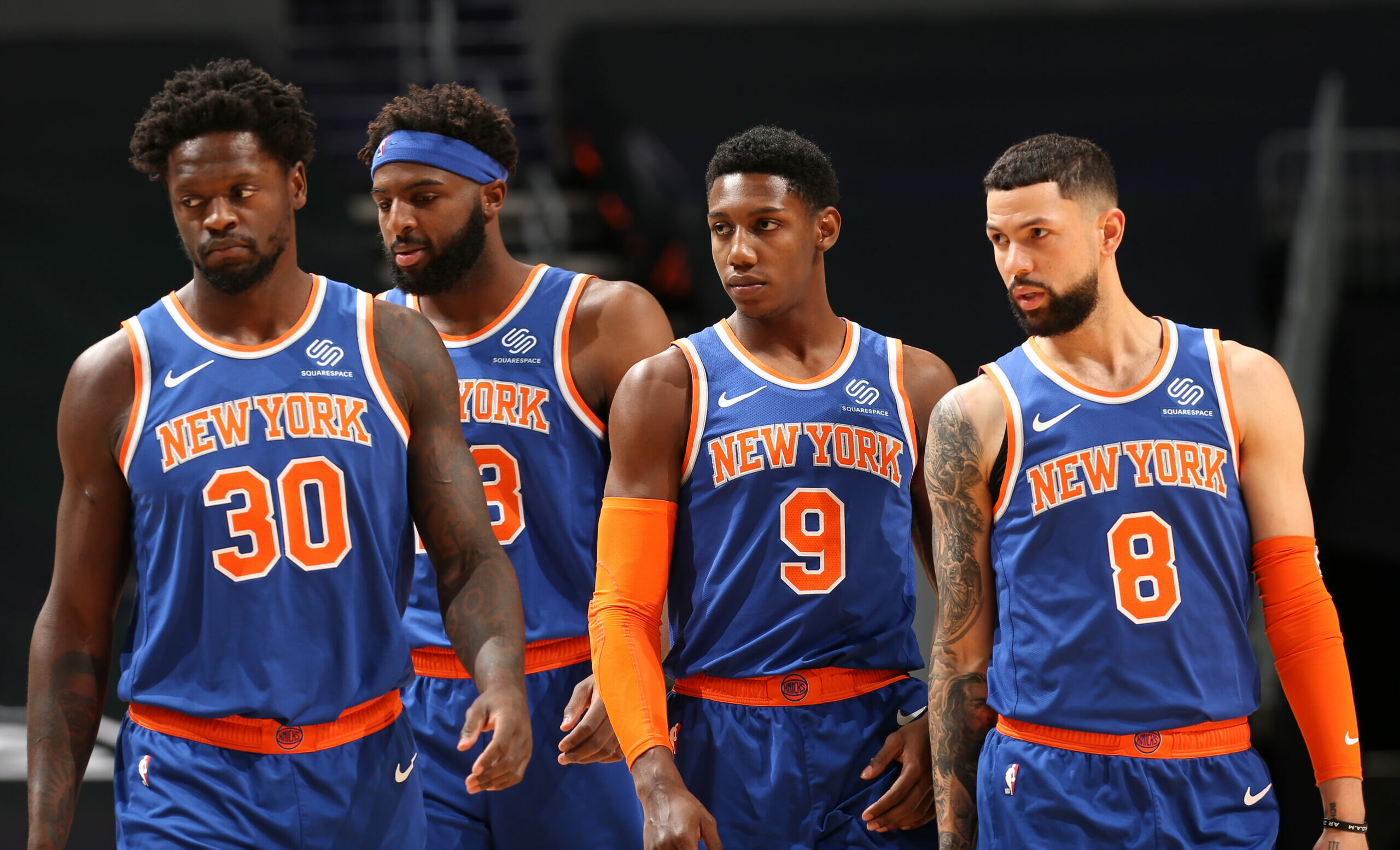 This new identity was in full display in a game versus the Pacers (again?!). These things happened in the first few minutes: a missed 3-pointer from RJ Barrett, an errant pass from Randle, a miscommunication on defense to give up a Justin Holiday 3, a missed fadeaway by Randle, bad D again to give up a wide open 3, more bad things, Knicks shooting 1 of 9 from the field.

Wait a minute. This sounds exactly like the old Knicks. How is this a different team, more so, a better team?

Shades of it showed in the mid 7-minute mark, when Nerlens Noel blocked the Pacers’ Domantas Sabonis, and Randle hustled for the loose ball, saving it from going outside to kickstart a Knicks fastbreak. Randle sprinted to the opposite end of the floor, got the ball at the top of the key, and flicked a nifty bounce pass to Noel for a dunk.

It happened again in the mid 6-minute mark, when Randle hijacked the passing lane, put on his point guard shoes, ran the length of the floor, and threw another nifty bounce pass this time to Reggie Bullock for the open layup.

There are many instances like these throughout the game, signs of 90s Knicks here and there, where the Knicks would get stops then get buckets. Every time the Pacers pulled away with good offense, the Knicks pulled them back with better defense. Currently, the Knicks are second in the league in defensive rating (the defending champs Los Angeles Lakers are first), whereas last season, they were 23rd.

The defense is the most glaring, but really it’s the overall culture of hard work and grit that has rejuvenated the team. And it starts with Randle.

The 6’8” burly point forward is just killing it across the board. The stats say he’s never averaged more points, rebounds, assists, and minutes in his seven-year career. He’s shooting 48 percent from the field, 41.9 percent from 3, and 80.8 percent from the line. He’s showing it in the box score, in his jumper, in his dribble drives, in his patience at the post, in his calmness, and in his demeanor. Clearly, he’s been doing the work, putting himself out there for one of the most criticized franchises in the league.

Towards the end of the recent Pacers game, Randle found himself in a familiar scene at the line, but this time to protect a three-point Knicks lead with 30 seconds left. Randle stepped to the line for two free throws and went to his routine: breathe, staring contest, one dribble. Swish. Before the second free throw, Randle said—to no one in particular, or perhaps to himself, or perhaps to the 2019 version of himself—“One more!” Then: breathe, stare, dribble. Swish. It gave the Knicks enough breathing room to snatch their 17th win in 34 games.

Watching All-Star Randle this season has been both gripping and rewarding. You’ll wonder, how much transformation did he have to go through to become like this? Or if you carefully track his trajectory from injury to recovery to peak form, has the All-Star in him been there all along?