The veteran All-Star forward has reportedly signed a four-year, $176.3 million contract to remain in Los Angeles. 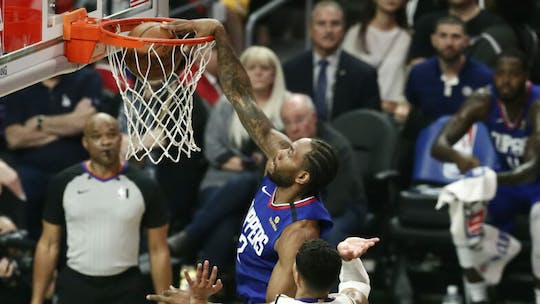 Kawhi Leonard has re-signed with the LA Clippers, the team announced on Friday (PHT).

The free agent All-Star inked a four-year, $176.3 million deal, according to Shams Charania of The Athletic.

“Kawhi is a transcendent player and a relentless worker who improves himself every day,” said president of basketball operations Lawrence Frank. “We share many of the same goals, which include a long-term relationship. This agreement marks another important moment for our franchise and our fans, as we strive to create a championship-caliber organization, where players find the success and fulfillment they seek.

“We’re eager to continue building with Kawhi. For now, we will do whatever we can to support him in his recovery from injury. We look forward to seeing him back where he wants to be, on the court with his teammates.”

The Clippers, who reached the Western Conference finals last season, have also agreed to re-sign guard Reggie Jackson and have signed Justise Winslow. The Clippers made the signing of Winslow official a few days later.

Despite declining his player option for next season, Leonard was expected to remain with the Clippers because he could sign a maximum contract worth 35% of the team’s salary cap and would be able to earn upwards of $3 million more for the upcoming season.

Leonard averaged 24.8 points and 6.5 rebounds last season but he was even more dominant in the playoffs. He averaged 30.3 points and 7.7 rebounds before partially tearing the ACL in his right knee during a win over the Utah Jazz in Game 4 of the Western Conference semifinals on June 14.

Jackson averaged 17.8 points during the playoffs last season. Winslow has been plagued by injuries the past two seasons. He averaged 6.8 points in 26 games with Memphis last season.