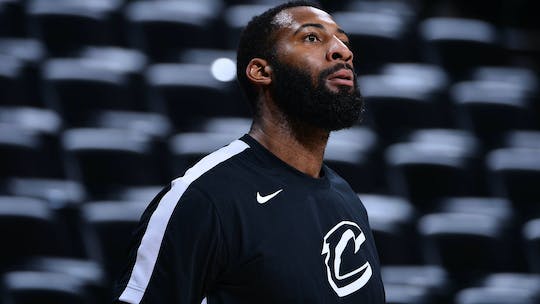 The Lakers announced the signing of the two-time All-Star center less than an hour before Sunday night’s game against the Orlando Magic. Drummond announced his decision with a post on his Instagram account earlier in the day, writing “Back to work” underneath an illustration of himself in a Lakers uniform.

“Andre Drummond gives us powerful, anchor-point skills on both ends of the court,” general manager Rob Pelinka said in a statement. “We feel extremely fortunate to add a player of his caliber and magnitude to our core group at this stage of our journey to defend the NBA title.”

Drummond agreed to a buyout Friday from the Cleveland Cavaliers, who acquired the four-time NBA rebounding champion last year after nearly eight seasons in Detroit. He had to clear waivers before he could join a team of his choosing, and Drummond chose to link up with LeBron James, Anthony Davis and the defending NBA champions.

Drummond is almost certain to get his first significant NBA postseason playing time with the Lakers after appearing in only eight playoff games — and losing all eight — in two postseason trips with the Pistons.

When Drummond gets up to playing speed after sitting out the past six weeks, the two-time All-Star Game selection should be a notable upgrade at center for Los Angeles, which won a competition with several contenders for his services over the weekend.

Veteran Marc Gasol played inconsistently for the Lakers even before he returned recently from a 3 1/2-week bout with coronavirus, while 6-foot-8 Montrezl Harrell is undersized for the biggest defensive assignments in the middle.

Davis also plays center in many postseason matchups, but Drummond’s rebounding and interior scoring should immediately boost the Lakers as they attempt to hang on to a top seed in the Western Conference without James and Davis. James is out indefinitely with a sprained right ankle, while Davis hasn’t played since Feb. 14 due to a right calf injury.

Drummond is averaging 17.5 points, 13.5 rebounds and 2.5 assists in 25 starts for the Cavs this season. He hasn’t played since Feb. 12, when Cleveland benched him to give more playing time to youngster Jarrett Allen.

The Lakers currently rank ninth in the NBA in rebounds per game (45.1), but just 17th in offensive rebounds (9.6).

Coach Frank Vogel said he has had discussions with Gasol and Harrell about Drummond joining the roster,

The 17-time champion franchise hasn’t had a rebounder of Drummond’s accomplishments for decades. The last Lakers player to top Drummond’s career average of 13.8 rebounds per game in even one single season was Kareem Abdul-Jabbar in 1975-76, and Los Angeles has had just one league rebounding champ in those ensuing 45 years: Dwight Howard in 2012-13.

“So much of the playoffs are about the paint, you know, and he’s a physical force down there,” Orlando coach Steve Clifford said about Drummond. “He’s a great rim protector and one of the great offensive rebounders in our game. He could win one or two playoff games for you just for this physicality and size alone.”

Drummond’s arrival in LA is the latest development in the NBA’s annual super-team agglomerations around the trade deadline. Brooklyn added Blake Griffin and LaMarcus Aldridge this month, while Miami got Victor Oladipo and Denver landed Aaron Gordon and JaVale McGee.
Read Next
Feature