The superstar forward missed his 3rd straight game as the Lakers suffered a 129-121 loss to the Hawks on Monday (PHT). 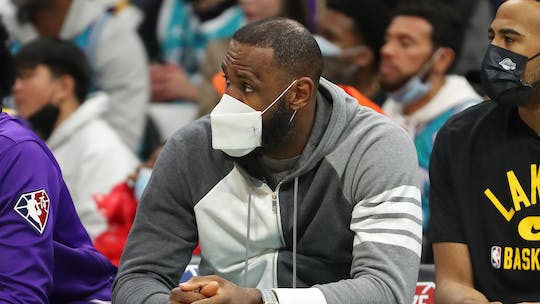 ATLANTA (AP) — LeBron James has continued swelling in his left knee and missed his third straight game on Monday (PHT) as the Los Angeles Lakers suffered a 129-121 loss to Atlanta Hawks.

He left the team early to return to Los Angeles for treatment.

Another Lakers All-Star, forward Anthony Davis, was available after missing one game with right wrist soreness. Davis had the wrist taped during pregame warmups.

Today’s defeat to the Hawks marks the third straight loss for the Lakers who will head back to Los Angeles after a six-game road trip.

“As long as the swelling is there he’s going to be out,” Vogel said.

Vogel said James could return for Thursday's (PHT) home game against Portland if the swelling calms down.

Vogel described his long-running challenge to navigate injuries to James, Davis and others “the ever-changing environment that is our season.”