LaMarcus Aldridge bought out by Spurs; Heat emerge as 'frontrunner' 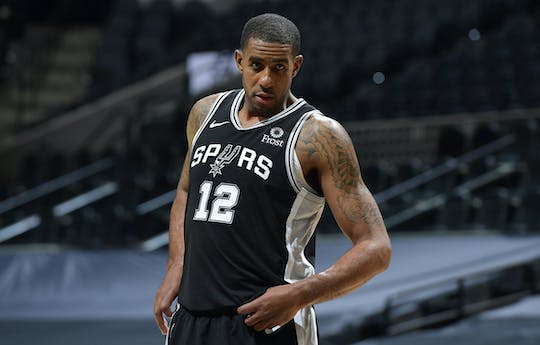 Veteran forward LaMarcus Aldridge has completed his buyout process with the San Antonio Spurs and will enter free agency, the team announced.

According to Adrian Wojnarowski of ESPN, the Miami Heat are the “frontrunner” to land Aldridge, but the seven-time All-Star reportedly plans to “talk with several teams” before making his decision.

Aldridge and the Spurs agreed to mutually part ways in early March, with plans to waive him if they could not trade him before the March 25 NBA trade deadline.

The 35-year-old forward played his first nine seasons with the Portland Trail Blazers before joining the Spurs in 2015. This season, he’s averaging 13.7 points, 4.5 rebounds and 1.7 assists in 25.9 minutes.
Read Next
News