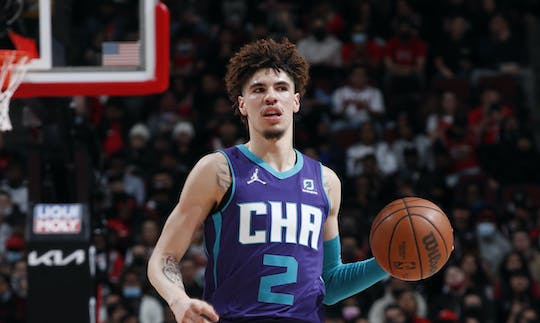 Charlotte Hornets point guard LaMelo Ball has cleared the NBA’s Health and Safety Protocols, but will not play Wednesday night against the San Antonio Spurs.

Ball did not make the trip to San Antonio as he continues to work on his conditioning.

The Hornets assigned last year’s NBA Rookie of the Year to practice with the G League’s Greensboro Swarm on Wednesday after missing five games — a strategy the team has used to help all of their players returning from league’s protocols.

It’s unclear if Ball will rejoin the Hornets for their game Friday night at Portland.

All five Charlotte players that were initially placed in the NBA’s Health and Safety Protocols earlier this month have now been cleared to return to action.

Guard Terry Rozier rejoined the team on Monday night and scored 20 points in 33 minutes in a loss to the Dallas Mavericks.

Forward Jalen McDaniels and center Mason Plumlee are available to play against the Spurs, although Plumlee is listed as probable with a rib injury. Guard Ish Smith has also been cleared to rejoin, but like Ball spent Wednesday working on his conditioning with Swarm.

Players in the Health and Safety Protocols must be sidelined at least 10 days or record two negative COVID-19 tests in a 24-hour period before they can resume basketball activities.