The New York Knicks return to NBA.com Philippines’ list of must-watch teams on League Pass, while the Atlanta Hawks and the Denver Nuggets join the fray for the first time this week. Let’s get this out of the way: this team does not have an impressive record. They are 15-25 so far in the season, winning only three of their last 10 games, and they are stuck at No. 12 in the Eastern Conference.

However, if you look at the teams they are winning and losing against, you would be surprised. The Wizards won against the No. 1 Utah Jazz and No. 4 Los Angeles Clippers, but they lost to the No. 10 Memphis Grizzlies and No.13 Sacramento Kings. While their inconsistency has been disappointing for the Wizards, it’s highly entertaining for basketball viewers.

You see, when the Wizards are playing, you know it’s going to be filled with highlight reels, which can either be good or bad for the team (but always interesting). Take for instance, Russell Westbrook. While he averages 21.8 points, 9.6 rebounds, and 10.2 assists, he is also the center of a lot of frustration for Wizards fans. You either have the Westbrook that hits the game-winning three or the Westbrook that turns the ball over in a game-ending possession.

Fortunately for fans, they can expect a little more consistency from All-Star starter Bradley Beal, who produces 32.5 points, 5.2 rebounds, and 4.6 assists per game. One thing’s for sure though: records aside, the Wizards games are never lacking in entertainment factor. If you’re looking for something fun to watch, then try to catch them when you can. 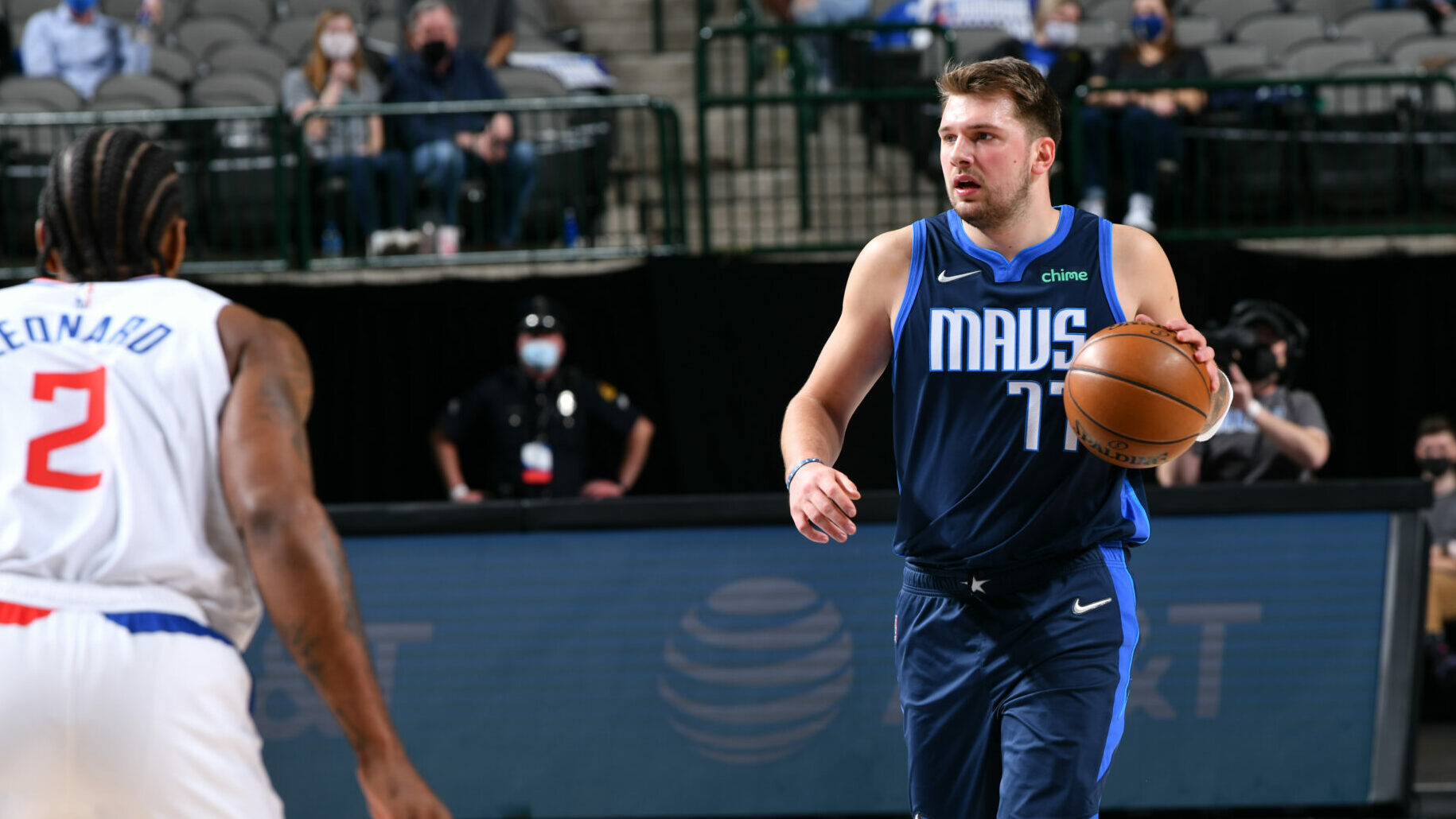 The Dallas Mavericks have been hounded by doubts and criticisms, especially at the start of the season. Because of their slow start, they were pushed out of the limelight. Many are questioning the team’s ability to win and close out games, or even the potential of players who were supposed to be the keys to Dallas’ success.

Luka Doncic, however, does not care. At 22 years old, Doncic has been playing his best basketball in his career, averaging 28.8 points, 8.4 rebounds, and 9.3 assists. Since the beginning of February, Doncic has had four 40-point games. His Luka Magic brought the team to a 7-3 record over their last 10 games.

Kristaps Porzingis has also been showing that there is light at the end of the tunnel. While he has struggled to return to form after battling different injuries, Porzingis continues to prove that he is an important piece for the Mavs. Yes, he underperforms sometimes, but owner Mark Cuban has reminded fans to be a lot more patient with the big man. When he’s having off days offensively, you can still see his effort in other aspects.

On top of incredible Luka Magic, the team’s continuous improvement and surprising big blowouts (such as their recent bounce-back win against the Clippers) make the Mavericks so interesting. The Denver Nuggets are much better than what their fifth place (25-16) record says. This team has been on a roll the last few weeks because of their young stars. By this time, you have probably heard about Nikola Jokic and the MVP caliber season he’s been having. Or how Jamal Murray is heating up and playing one of the best co-star basketball you could ever hope for.  But have you heard of two rising standouts who have also been vital to Denver’s wins? That’s right, Michael Porter Jr. and Facundo Campazzo are two guys on the roster that you didn’t even think to check out.

Porter has grown significantly since head coach Michael Malone decided to tweak his lineup. When Paul Millsap and JaMychal Green were out due to injuries, MPJ switched to the four position and he became the team’s starting power forward. Since then, MPJ has played the best basketball in his young career. In the last 10 games, he has averaged 20.1 points compared to 16.6 points in his first 10.

Campazzo has also been extremely reliable on both ends of the floor. He might not be the scoring machine that Jokic, Murray, and MPJ are, but his ability to mastermind plays down the stretch is what really keeps him apart. In the last five games, he only averaged 3.2 points, but he gave the Nuggets 6.8 assists. He also made a total of seven steals in his last three games, which shows that he can be a defensive nightmare for his opponents.

The combination of big stars and promising young guys helped propel Denver to impressive runs after their slow start. The team went from one of the biggest disappointments early in the season to a serious contender for the top spots in the playoffs. 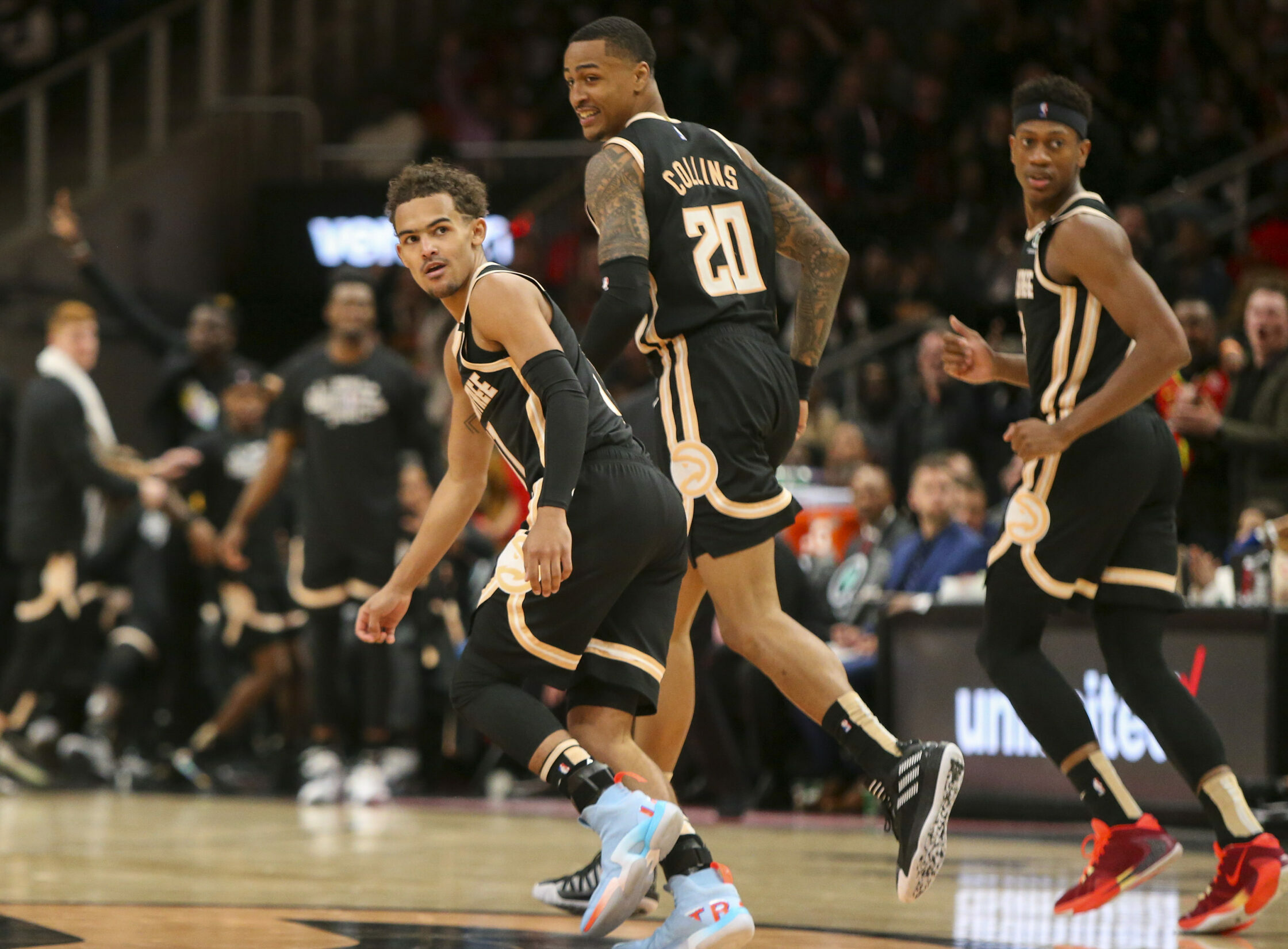 The Atlanta Hawks are boasting the longest active streak in the league. Winning eight straight games boosted their record all the way to the top four. The team’s sudden decision to change their head coach was controversial, but it’s been paying off so far. Since the switch last March 3, the Hawks have won all of their games.

While the team is ranked 18th in defense, their offense has been their main source of hope for a potential playoff appearance. Trae Young may not be a top-of-mind superstar yet, but his consistent performance night after night has earned the respect of many. He averages 25.7 points, 4.1 rebounds, and 9.4 assists. Meanwhile, his co-pilot John Collins gives 18.2 points, 7.8 rebounds, and 1.4 assists a night.

However, it’s Atlanta’s secret weapon that has been helping this team stack some wins. Since the entry of Nate McMillan as interim head coach, Danilo Gallinari has seen more minutes on the court. He has been playing 30.7 minutes per game as compared to his 21.9 before the coaching change. Not only is this helpful for his individual career, his production has been helping the team increase their options. Gallinari has averaged 16.8 points since March 3, as compared to his season average of 13 points per game.

Even if the Hawks still have a lot to improve on, the tandem of Collins and Young shows that they have a promising future ahead of them. Both guys are under 25 years old but they’re already playing at an elite level and building a great foundation for the franchise. 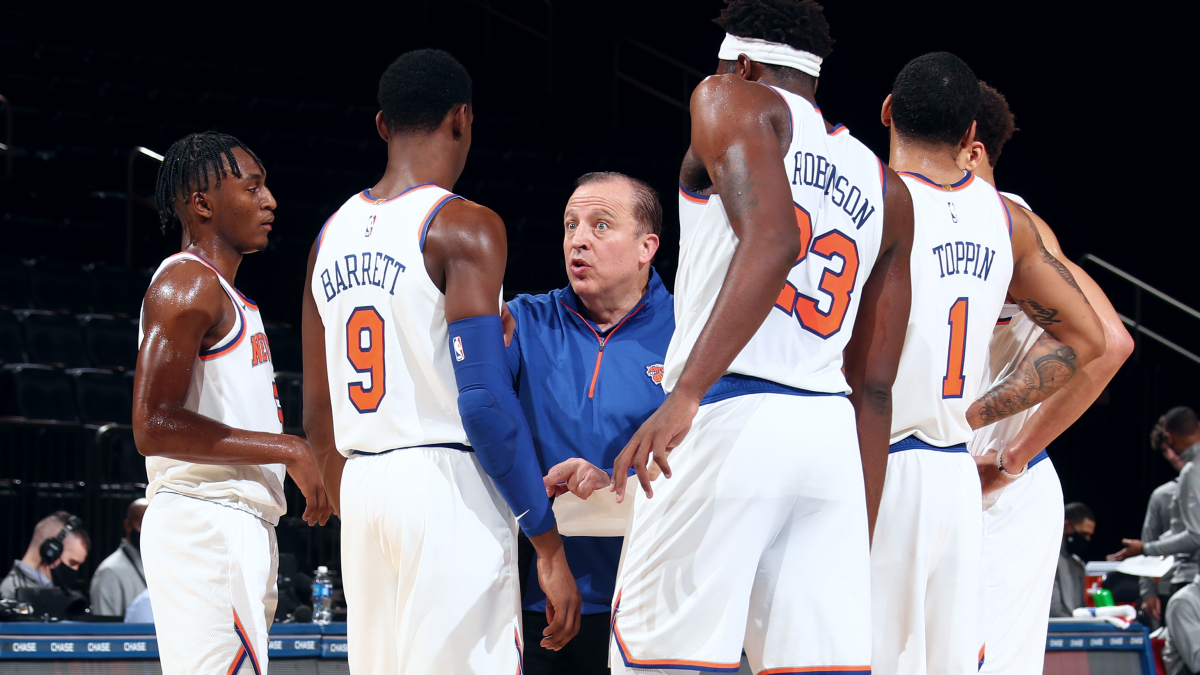 Only a limited number of fans are allowed at Madison Square Garden, but the New York Knicks have been bringing the house down. They play better, look better, and continue to get better over time. In fact, the team has already tied the number of games they won last season with 21 wins.

Like any other poor-performing team, the Knicks started this year with barely any expectations. However, with the way they are playing now, they are already considered a contender for the playoffs. The main reason? Their defense.

The Knicks are No. 1 in opponent points allowed, field goals allowed, and 3-point percentage allowed, putting them at  an impressive No. 4 in overall defense. Head coach Tom Thibodeau was seen as demanding at the beginning, but this coaching style has worked out for them.

Julius Randle went from a guy who has never made it to the postseason to a first-time All-Star with averages of 22.9 points, 11.1 rebounds, and 6.0 assists. Players like RJ Barrett, Immanuel Quickley, Frank Ntilikina and even Derrick Rose have also shown improvements. While their record may not be convincing, the Knicks are making their fans feel hopeful for a change.