The Phoenix Suns dominated the second week of the NBA which was full of surprises and entertaining matches. 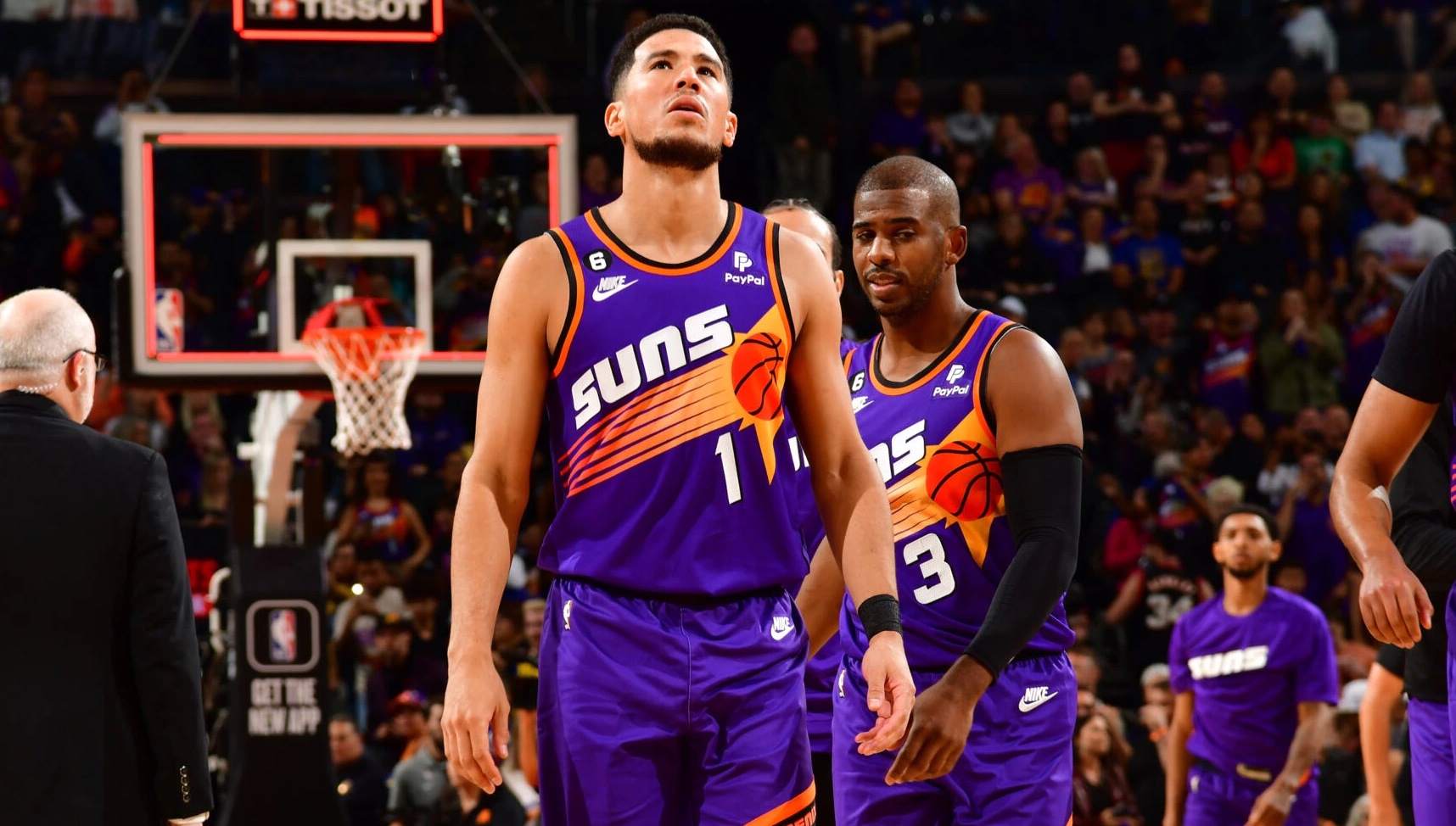 The defending champions are struggling to keep their offense up when their starters are on the bench. They now sit in the 11th spot in the Western Conference rankings, with a shocking 3-4 win-loss record.

Even though things have been shaky offensively to open the season, the Dubs are still worth the watch. We know that this is the first year of Stephen Curry, Klay Thompson, and Draymond Green all back together on the floor. The quick pick-and-roll plays and the healthy Thompson spotting up in the corner have returned to leave the basketball fans mesmerized with how easy they make those look.

It was a treat seeing Thompson scorch the Miami Heat with four 3-pointers in the second half of their 123-110 win. He’s out to prove doubters wrong, especially those who don’t believe he can return to his former level of play before his Achilles injuries. We expect that he’s going to light up the stadiums again in the following weeks.

The Blazers left the NBA’s opening week with the top record in the West, and we can owe it all to their better-fitting offense. It’s bringing so much excitement in the league and head coach Chauncy Billups is up for the challenge of bringing the team back to winning contention.

Last season’s injuries robbed Portland of a better season but now, he has the right players to fit his system. Billups relied a lot on running zone possessions last year, emerging as the top team that utilizes the zone the most (749). One would worry about their consistent use of the zone but it looks like they have been successful on it so far. Look how they were able to make quick work of the Los Angeles Lakers using the zone:

The Blazers’ trusty zone gave Los Angeles so many problems it was almost funny.

A few clips below:

Started hand-tracking it myself, so this isn’t official, but in the second quarter, these were the Lakers’ stats vs. zone.

Other than their efforts on the defensive end, everyone is also hyped up about Lilliard’s clutch baskets.

Paolo Banchero and the rest of Orlando's team may be disappointed with their recent 114-105 loss to the Dallas Mavericks but we all know Luka Doncic's 44 points were just too difficult to contain by the young squad’s overall defense.

Nonetheless, the current roster for Magic brings so much excitement. The No. 1 overall pick in this year’s draft is averaging 22.8 points, 7.5 rebounds, 3.0 assists, and 1.5 blocks?placing him in a class with Dominique Wilkins as the only rookies to average numbers as high as those in their first four games.

Despite the Magic being an inexperienced team, we see that they are slowly stepping up to the challenge. In their matchup against the Charlotte Hornets, the rest of the lineup all pitched in to snap their 10-game losing streak, beating the Hornets at 113-93. Mo Bamba had 19 points and 16 rebounds, Wendell Carter Jr. tallied 15 points and five rebounds, while Bolbol had 11 points and seven rebounds. Expectations aren’t that high for this young team but hey, they’re making it work.

After months of turmoil and trade rumors surrounding this team, we’re finally seeing the return of some of Brooklyn’s core players. A lot of fans aren’t happy about the performance of Ben Simmons in the past week but we see that Kevin Durant and Kyrie Irving are slowly getting their rhythm on the court.

Irving has been putting on a show with his assists, intelligently finding his open teammates. Durant, on the other hand, put on a clinic against the Indiana Pacers, contributing 36 points, nine rebounds, and seven assists. They lost by nine points but it was entertaining to watch KD hustle and apply more pressure on the defensive side to try to make up for whatever’s lacking on offense.

KD MET HIM AT THE SUMMIT ? pic.twitter.com/4DuXi3FKJ7

Last week’s wins against Dallas, New Orleans, and the healthy Golden State and LA Clippers have the Phoenix Suns at the top of the standings in the West. The Suns are impressing all-around, ranking 1st in offense, 4th in defense, and 1st in net rating.

We see the return of a familiar starting lineup in Chris Paul, Devin Booker, Deandre Ayton, and Mikal Bridges. It’s a beauty seeing the Suns pass the ball around to open shot after open shot, more amazing than you think because they don’t really rely too much on the 3-point shot.

After fending off the defending champs last week, we can see that the team remains consistent, considering that this is their third straight year dominating the league.

Moreover, we see that Booker is off to a hot start, averaging 29.3 points and shooting 52.9 percent from the field in the first six games this season. It’s his eighth year with the Suns, and he’s one of the reasons why they have become established contenders. Now, when you have a 26-year-old player bordering on becoming one of the most elite players in the NBA, we shouldn’t take them for granted.

Can the Heat take down the best team in the league? We’ll find out tomorrow.