The Spurs have the momentum in their tug-of-war with the Lakers for 10th place in the West, while the Celtics are looking comfortable in the East's top 3. 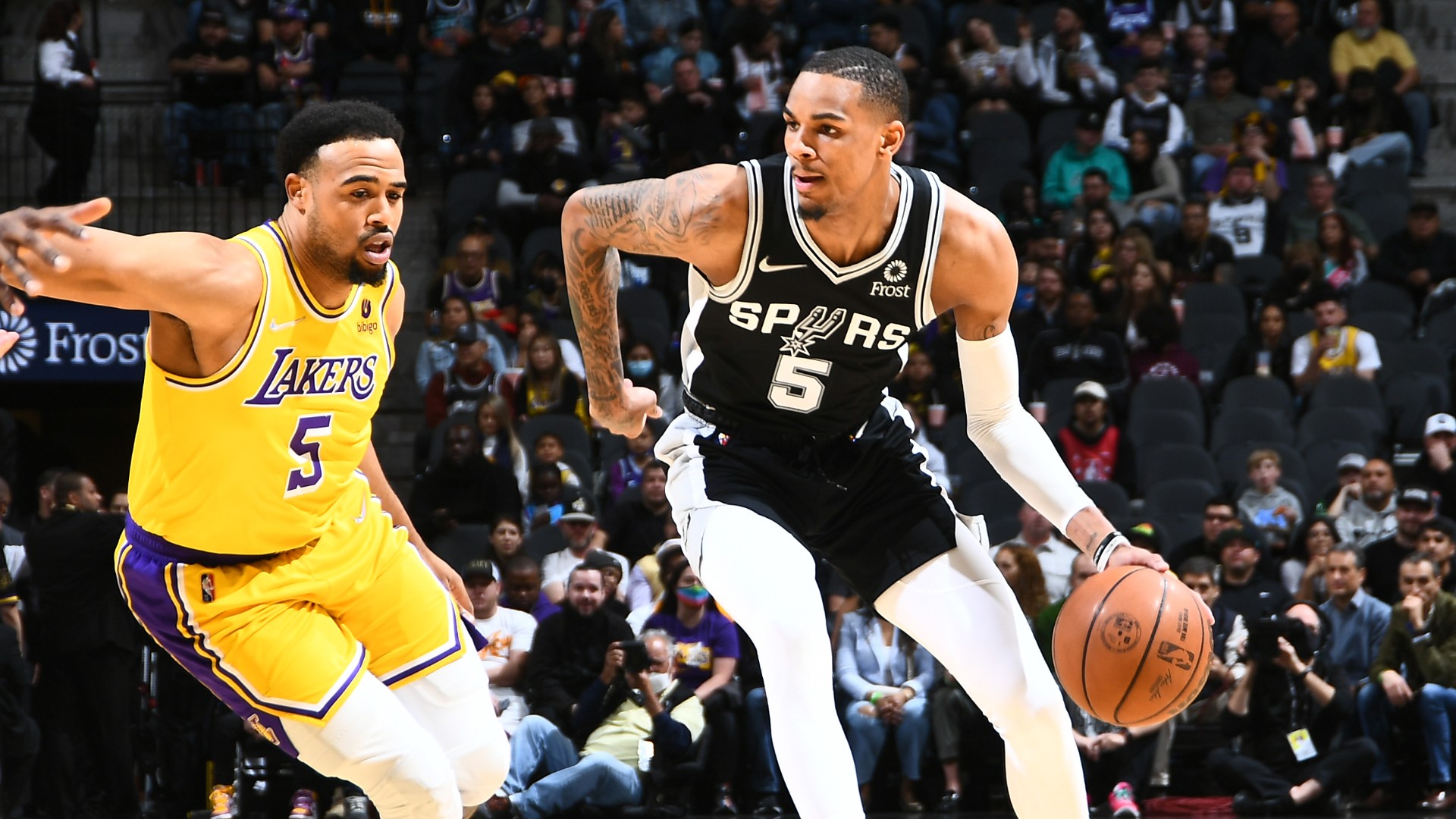 The Oklahoma City Thunder don’t have a lot to play for this season other than pure love for the game. Their best scorer Shai Gilgeous-Alexander is gone for the season. Their best lockdown defender Luguentz Dort is  down. Their most exciting player Josh Giddey is out. Darius Bazley, Kenrich Williams, and Tre Mann–who’ve all produced significant numbers this season–are all injured.

So why watch the Thunder? For these reasons: Isaiah Roby drops a career-high 30 points; Lindy Waters III hits seven 3s in a game (also a career-high); Theo Maledon puts up a 23-point, 10-rebound, five-assist line in a win versus Portland. We’re at the point of OKC’s season where the adults have left the house and the kids are throwing one hell of a party. Don’t be left out.

Paul George didn’t play in an NBA game for three months, but somehow managed to return as if missing time was nothing. He also picked a crazy time for a comeback. Look at the Clippers’ five opponents since PG’s return: Utah Jazz (they won despite being down 25 in the third); Chicago Bulls (they lost in overtime because DeMar DeRozan exploded for 50 points); Milwaukee Bucks; Phoenix Suns; and New Orleans Pelicans.

If George suits up for all these games, then he’ll prove that he’s the type of guy who chooses to swim in the deep end. The Clippers are obviously a different team when they have George out there, which means Clippers game-related viewing habits should also be different moving forward.

The Atlanta Hawks are nowhere near where they were last season, but they may have been figuring it out finally. John Collins, the Hawks’ second-best player, has missed 11 straight games due to a hurt foot and finger. Yet somehow, the Hawks won eight of those games, including four straight.

Trae Young is in shimmying villain playoff form while the shooting hands of both Bogdan Bogdanovic and Kevin Huerter are clicking at the right time. Because of all these, Atlanta now has a legit shot at taking the No. 8 spot, maybe No.7, in the play-in tournament.

If, for some reason, you slept on the Boston Celtics this season because maybe you were thinking the window has closed, then you couldn’t have been more wrong. The window is as open as ever and the Celtics are as dangerous as before. From hovering just outside of play-in tournament territory for a bulk of the season, Boston has shot up to third in the East, behind the Milwaukee Bucks and the Miami Heat.

The Celtics have lost a bit of steam in Eastern Conference elite conversations, but here they are now, blowing out your favorite team. The losses they’ve suffered recently to the Heat and the Toronto Raptors did little to hurt Boston in the standings. It also shouldn’t affect their ranking among must-watch League Pass teams.

Just like The Madrigals, the magic of Gregg Popovich is still strong. If you didn’t get that Encanto reference, it simply means that Pop is making wonders with how the San Antonio Spurs somehow made it to the conversation of playoff teams. It’s not that the Spurs have zero talent in their roster. They do have an All-Star in Dejounte Murray. But other than Murray, the Spurs don’t really have a big star, despite how big the Poeltl guessing game is.

The Spurs are finishing strong with a four-game winning-streak before losing by a point to a sizzling Memphis Grizzlies team. If you passed on the Spurs whole season long, now is the perfect time to catch all their games on League Pass.