LeBron James out vs. Rockets, could return Sunday 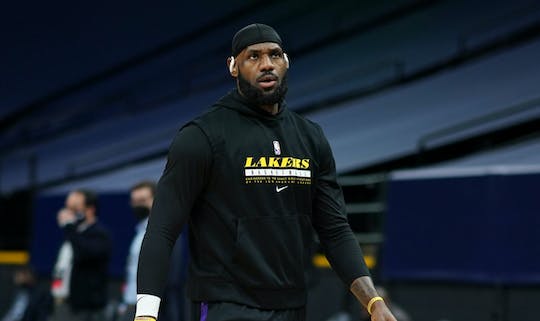 The Los Angeles Lakers will continue to be without their superstar tonight.

LeBron James confirmed that he will not return to the lineup on Thursday (PHT) against the Houston Rockets. James, who is listed as questionable on the latest injury report, has been out of the mix for Los Angeles since May 2 because of a sore right ankle.

“Getting close but I won’t be in the lineup tonight,” James tweeted on Wednesday afternoon. “But more importantly I will be there to put that CHAMPIONSHIP banner in the rafters at Staples Center in front of our fans!!”

In addition to James, the Lakers also will be without Anthony Davis on Wednesday. The All-Star forward experienced tightness in his groin during Wednesday's win over the Knicks, according to Dave McMenamin of ESPN, and will sit out tonight’s game.

Vogel had told reporters that James participated in a full practice on Monday, which included some time during a full-court scrimmage. Earlier reports on Wednesday indicated that James could return to the lineup against the Knicks or Rockets this week, but the team is now targeting Saturday against the Indiana Pacers, according to Chris Haynes of Yahoo Sports.

Injuries to James and Davis have stalled the Lakers after winning the 2020 NBA championship. James has played in just 43 games this season, with Davis appearing in even fewer (34). The Lakers have three games left in their season: vs. Houston (May 13), at Indiana (May 16) and at New Orleans (May 17).

Los Angeles (39-30) is one game behind Portland and Dallas for the sixth seed in the Western Conference standings. The Lakers are hoping to have James back for that final stretch of the season as they head toward the playoffs.

“We know the position we are in. We are playing desperate. That is all we can do,” Lakers big man Anthony Davis said Tuesday. “This win is a confidence booster for us. If LeBron comes back tomorrow, hopefully we can get him acclimated and back in the rhythm. We want him to get healthy and be ready for the playoffs.”