Meet the Filipina behind the Mavericks' social media accounts

Lizelle Lauron, a Filipino born and raised in Dallas, says it has been a dream to work as the social media manager for the Mavericks. 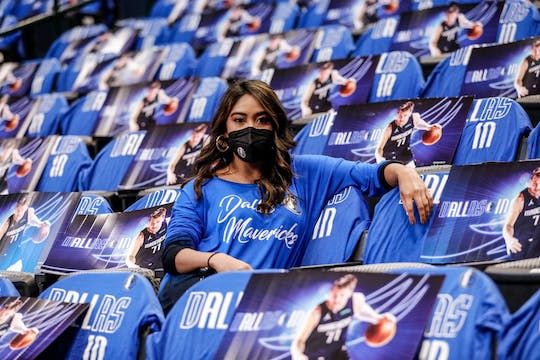 Lizelle Lauron has been with the Dallas Mavericks organization since 2013. (Photo courtesy of Lizelle Lauron)

Only a few pure Filipinos work for an NBA team. One of them is Lizelle Lauron, who is currently the social media manager of the Dallas Mavericks, an organization she has been with for eight seasons.

Born and raised in Dallas, Texas, Lauron graduated from the University of Louisville with a Bachelor’s Degree in Communications and a minor in Sports Administration. She grew up in Dallas surrounded by sports, but she became hooked specifically to basketball because, just like any Pinoy family, Lauron spent her early days watching the NBA.

Once she graduated, Lauron wanted to pursue a sports-related career in Dallas to be closer to family after attending college far from them, so she started scouting for digital media gigs with the different local sports teams.

As fate would have it, an opportunity presented itself.

At a dance camp in 2013, she met the Mavericks’ social media manager who came by to watch someone attending the event. Lauron mustered up all her courage to walk up to him, introduce herself, and apply for an internship position in social media.

She officially started her internship in August 2013. She worked her way until she became the team’s social media coordinator later that year where she helped create and moderate all content, including social media campaigns and promotions, posted across the Mavericks' different social media platforms. She held that position for five years before she got promoted to social media manager, a position she holds until today.

“It really is truly a dream to get to work for the Mavericks and to work with an NBA team when so many people use sports and entertainment as an escape, and I have to see it as my job,” Lauron told NBA.com Philippines.

These days, Lauron spends her time creating content for the Mavs on many different platforms. Lauron shares that the social media team has a routine that they typically follow which involves reminding the fans of upcoming matches, getting to interact with the team at shootarounds, and getting ready for the next game.

Once game time approaches, they try to capture every important moment to share the experience with Mavs fans, including the team’s outfits walking in, locker room speeches, behind-the-scenes shenanigans, and important plays during the game.

Unlike most jobs, Lauron’s most memorable experience goes beyond the typical “good day at work.” For her personally, Dirk Nowitzki’s final game in Dallas, which Lauron had the honor of covering courtside, remains close to her heart.

The Mavericks were not doing well that season so there wasn’t a lot to be excited about. But of course, fans didn’t pass up the opportunity to thank Nowtikzi, who decided to make Dallas his home for 21 seasons. 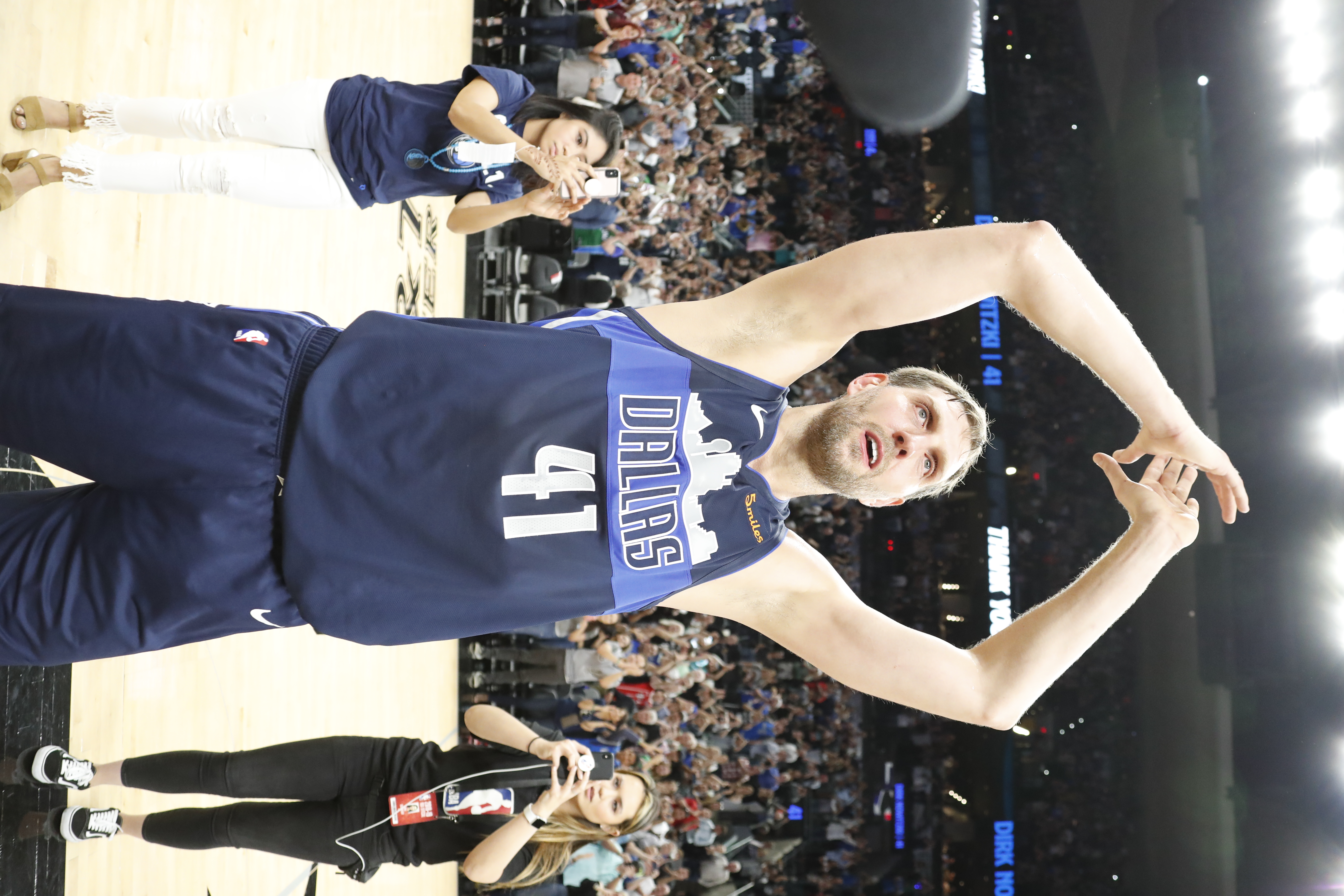 In his last game, Nowitzki was given a tribute by the entire franchise. Lauron was tasked to capture every single moment of that particular day — from the time he entered the arena until the final goodbyes including all post-game speeches from his five idols: Scottie Pippen, Charles Barkley, Larry Bird, Detlef Schrempf, and Shawn Kemp.

“Looking back now, I was like, ‘Woah.’ I got to be in the same arena with all these guys Dirk looked up to and they’re speaking all these great things about him, and I’m right here watching it with them,” she recalled.

While her job is truly a dream come true, she says that doing the same thing for eight years can eventually burn someone out. But constantly seeing genuine fan interactions is what keeps her grounded and motivated to keep doing what she does.

“Just like any job, you get stuck in the everyday routine. But something that snaps me out of it, what breaks me out of it, is getting to see a father and a son experiencing a game like it’s the first time. Or a lot of times pre-COVID, I got to meet fans dressed in their Mavs gear really early,” she shared.

Lauron said there have been a lot of major changes in her line of work since the time she entered.

In 2013, social media was in its infancy, where there was more freedom to post without worrying about things like the team’s branding and perception. Nowadays, they’re more cautious of keeping things consistent to improve and reassert the Mavs’ brand recall. 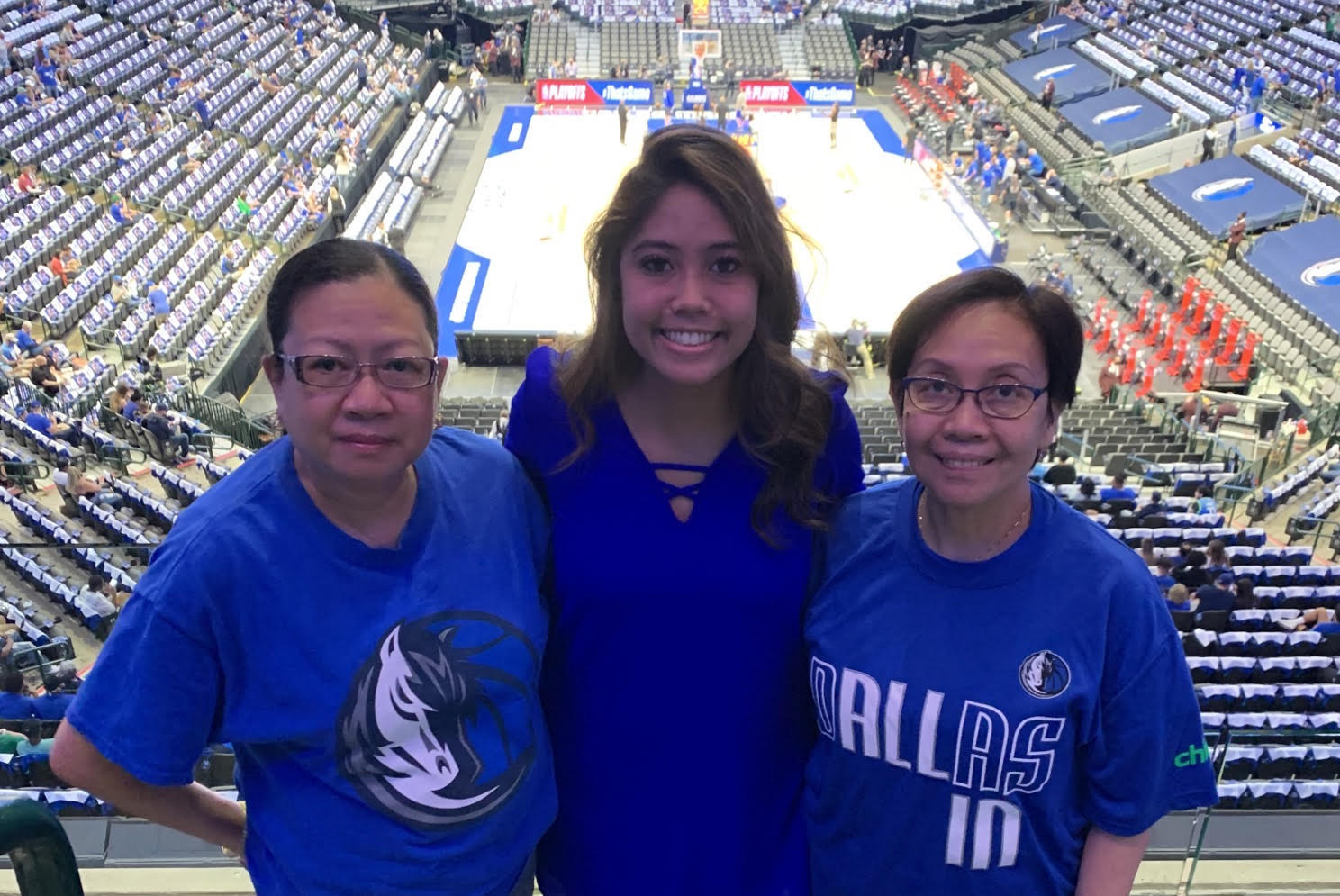 There were also changes made in terms of the franchise’s representation. When she first entered the organization, it was very male-dominant. But over the years, the Mavericks have made conscious decisions to move towards inclusion and support diversity.

“The Mavs are very empowered by women. There’s a lot of women in leadership roles, which is awesome because it wasn’t the case when I first joined,” Lauron stated.

The Dallas franchise is led by Cynthia Marshall, the first black female CEO in NBA history. Marshall and other women, like Lauron, serve as the backbone of the franchise.

The Mavericks have also applied an open-door policy with its employees. Interns can freely approach different managers and coordinators can talk to their CEO, giving value to suggestions regardless of who it comes from. The family-style environment means a lot to Lauron because it hits close to her Filipino roots.

“After being at the company now for eight seasons, it’s something that I really value. They really support diversity and different cultures, that was something that wasn’t really emphasized in the past, so that’s a huge reason why I love the Mavs,” she said.

Working for an NBA team is truly an incredible opportunity. Getting to meet players, coaches, staff, and fans who all love the game is something not a lot of people get to experience. That’s why Lauron is incredibly thankful for everything that has come her way.

“It’s a lot of fun. We’re winning a lot so it’s a really good time to be with the Mavs.”