Pierce joins the Pacers after being head coach of the Atlanta Hawks for the past two-plus seasons. 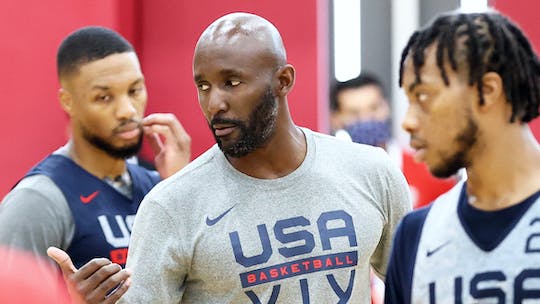 Pierce was head coach of the Atlanta Hawks for the past two and a half seasons before he was fired in March. He is an assistant coach for the U.S. men’s team heading to Japan for the Olympics next week.

Nored, a former star at Butler in Indianapolis, spent the past three seasons as an assistant coach for the Charlotte Hornets.

Both Weiner and Boucek worked under Carlisle in Dallas. Weiner spent 13 seasons with the Mavericks, including four as an assistant, and Boucek was an assistant the past three. Boucek also was a player development coach with the Sacramento Kings, becoming just the third woman to coach in the NBA.

Carlisle was hired last month to replace Nate Bjorkgren. Carlisle is 836-689 overall, including an earlier stint with Indiana. He went 555-478 with the Mavericks and led Dallas to its only NBA championship in 2010-11. The Mavs have not won a playoff series since and Carlisle’s departure was part of a front-office shakeup in Dallas.
Read Next
News