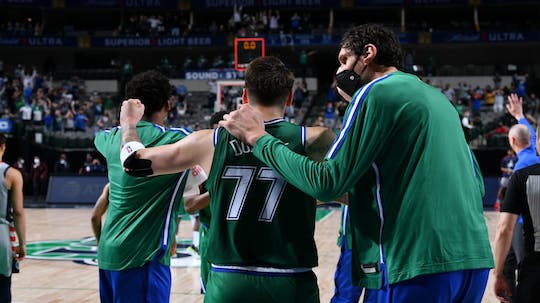 Luka Doncic is averaging 28.6 points, 8.0 rebounds and 8.9 assists in his third season with the Mavericks.

Doncic piled up 31 points, 12 rebounds, 20 assists as his Dallas Mavericks earned a crucial 125-124 victory over the Washington Wizards to move into fifth place in the Western Conference.

It marked Doncic’s 35th career triple-double, a total he reached in his 190th game. The only player who got there faster was Robertson, who did it in just 82 games. The previous No. 2 had been Magic Johnson (204 games).

Doncic, 22, also became just the 11th player to amass 35 triple-doubles at all, regardless of games played.

In addition, he is just the fourth player in NBA history to total 30-plus points, 10-plus rebounds and 20-plus assists in a single game, joining: