Nelson joined Dallas in 1998 and has been with the team for the past 24 seasons. 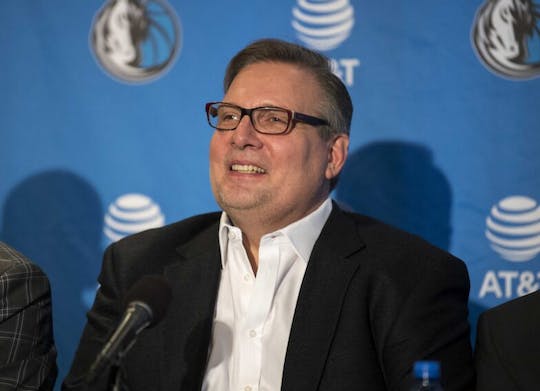 The Mavericks said Wednesday the club and Nelson agreed to part ways, with owner Mark Cuban saying the son of former coach Don Nelson was “instrumental to our success and helped bring a championship to Dallas.”

Nelson joined Dallas in 1998 when his dad was named coach. A few months later, the Mavericks moved up in the draft to get Nowitzki in a trade with Milwaukee. The 7-foot German led Dallas to the franchise’s only championship in 2011.

With the Nowitzki era drawing to a close, the Mavericks made another draft-day deal for a young European in Doncic in 2018. Dallas moved up two spots to the No. 3 pick, while Atlanta got Trae Young.

Nowitzki and the teenager from Slovenia played together one season before Nowitzki retired. Doncic has twice been an All-Star and first-team All-NBA selection since then.

While the European stars were critical acquisitions for Dallas, the franchise hasn’t won a playoff series since capturing the title. There have been plenty of questionable decisions in the draft before and since that 2011 championship.
Read Next
News