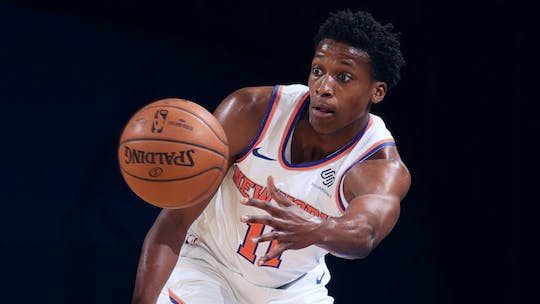 DALLAS (AP) — The Dallas Mavericks signed free agent Frank Ntilikina on Thursday, adding the guard picked one spot before their selection of Dennis Smith Jr. in the top 10 of the 2017 draft.
Ntilikina spent four years with the New York Knicks, who drafted him eighth overall four years ago. Smith went ninth to the Mavericks, who traded the point guard to the Knicks a year and a half later in the blockbuster deal that brought Kristaps Porzingis to Dallas.

The 23-year-old Ntilikina averaged 5.5 points and 2.7 assists with the Knicks. Born in Belgium, he moved to France when he was 3 and began his professional career in 2015 in a French pro league.

Ntilikina played in the Tokyo Olympics for France, which lost to the U.S. in the gold medal game.