Luka Doncic sat out the Dallas Mavericks’ game Sunday night against the Chicago Bulls because of a left quadriceps contusion. 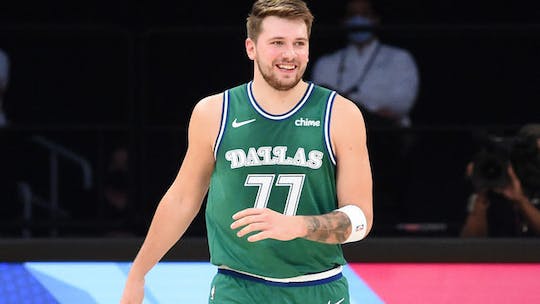 CHICAGO (AP) — Luka Doncic sat out the Dallas Mavericks’ game Sunday night against the Chicago Bulls because of a left quadriceps contusion.

Doncic was injured Friday night in the second quarter of a home victory over Miami Heat. He continued to play and finished with season highs of 27 points and 14 rebounds.

He’s listed as day-to-day, with his status Monday nigh at Houston uncertain.

“We’ll see how he is tomorrow,” Dallas coach Rick Carlisle said. “We don’t think this is a long-term thing.”