Two-time Coach of the Year will continue to explore future head coaching opportunities. 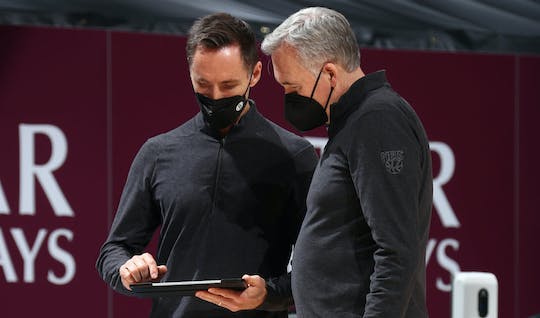 Brooklyn Nets assistant Mike D’Antoni stepped down from his position on Steve Nash’s coaching staff, the team announced on Wednesday.

D’Antoni, 70, is not retiring and expects to pursue head coaching jobs again in the future, according to ESPN’s Adrian Wojnarowski.

“I would like to thank Mike for everything he did for me, as well as our organization, over the past year,” Nash said in a statement. “Having Mike next to me was invaluable as I navigated my first season as head coach. I will be forever grateful for his guidance and will carry on a lifetime of lessons from the many years we’ve spent together.”

Only gratitude for a longtime partner and mentor from Coach @SteveNash. pic.twitter.com/68OuebrOoT

D’Antoni joined the Nets at the beginning of the 2019-20 season as one of the most respected assistants on a bench in the NBA. The two-time Coach of the Year has amassed a 672-527 record across 16 seasons. He’s served as head coach of five franchises (Denver Nuggets, Phoenix Suns, New York Knicks, Los Angeles Lakers and Houston Rockets) and was reportedly a finalist during the Portland Trail Blazers’ coaching search this offseason.