MVP race: Checking in on the top 5 candidates 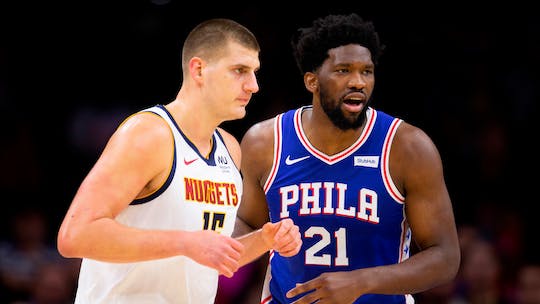 The race for the 2021 Most Valuable Player award heats up each day as we approach the end of the regular season.

However, the criteria to win the trophy can get a little murky. Players have to undergo intense scrutiny not only for how well or bad they play, but the number of games they actually play in this condensed season.

The MVP award is often given to the player with the most exceptional individual performances in a season. This usually involves the best player on the team with the best record or at least in the top five. The award could also be given to a player who has played a season that has been statistically incredible that he deserves the recognition solely on his performance. It could mean that the player was able to lead his team into a position nobody expected them to be in prior to the season. It could focus on individual numbers and the player who is carrying the heaviest load.

A perfect example would be Russell Westbrook’s MVP campaign in the 2016-2017 season. Even if his team was knocked out in the first round of the playoffs, he averaged a triple-double the whole season, something that was unfamiliar to the NBA community at the time. He was running the team, carrying the load, and doing everything he can to make that Oklahoma City Thunder relevant.

But a player’s durability and the number of games he played can also be a factor in the voting. Injuries, health and safety protocols, and personal reasons can all contribute to a player sitting out a huge chunk of games.

Ultimately, the criteria for the NBA MVP award can be a combination of statistics and subjective evaluation. This means a player should not only be good on paper, but he can also show what he contributes to his team. An MVP must play at a level with higher stakes. Fans must be able to see and recognize their greatness when they watch their team’s games. It’s a mixture of consistency, leadership, and unforgettable plays that will not show up in the stat sheet, but fans will remember for a very long time.

This season, there are several guys that fit these different categories.


Nikola Jokic has played every single game for the Denver Nuggets this season and has been carrying the load for quite some time. At the start of the season, the Joker had to keep creating as the Nuggets had an extremely slow and disappointing start.

Denver eventually picked up the pace and took off following the trade deadline. Unfortunately, just as they were getting hot, Jamal Murray went down with an ACL injury which has sidelined him indefinitely. This puts the weight back onto Jokic’s shoulders at an extremely important time. Fortunately for the Nuggets, he has been consistent, averaging 26.2 points, 11.0 rebounds, and 8.7 assists this season.


Joel Embiid is having a crazy season, serving as the core of the Philadelphia 76ers who are No. 2 in the East. He can dominate his opponents, whether on offense or defense. Embiid is the guy teams watch out for. In fact, he’s so good on defense that he’s willing to go up against his own teammate, Ben Simmons, for the Defensive Player of the Year award.

Because of several injuries this season, though, Embiid has missed 19 games overall. But any time Embiid -- who is averaging 29.8 points, 11.0 rebounds, and 3.1 assists -- is on the court, he always puts up impressive numbers.


Giannis Antetokounmpo, the reigning MVP and DPOY, is not slowing down one bit. When he missed six games at the start of the month, the Milwaukee Bucks struggled to win against serious contenders. The day Antetokounmpo returned, they won by 11 against the rising Atlanta Hawks.

To cut things short, the Bucks need Antetokounmpo. As the heart and soul of the team, he is averaging 28.5 points, 11.4 rebounds, and 6.0 assists. He’s also playing valuable minutes at the perfect time. In the month of April, he has a 64.1 shooting percent, which tells fans how good he is right now.


Luka Doncic is the youngest MVP candidate this year. Statistics show that Doncic’s numbers dipped in the month of April, averaging 27.4 points, 7.5 rebounds, and 8.3 assists in 14 games. But, if you watch any game of the Dallas Mavericks, you can see the impact Doncic has.

You can tell how passionate Doncic is by the way he plays the game. He’s played heavy minutes all season and is being rewarded by the Mavericks’ continuous climb up the ranks. He can carry a team, no doubt about it, and that’s one of the things people look for in an MVP candidate.


Steph Curry has been putting up video game-like numbers. Earlier this year, everyone counted the Golden State Warriors out when the news about Klay Thompson’s injury was released. But now we know, you can never count out a team that has Steph Curry.

Curry’s ridiculous range and high-shooting percentage has been the Warriors’ bread and butter. In the month of April, he single-handedly gave Golden State’s offense life by averaging 38.1 points, 6.5 rebounds, and 4.5 assists, and he’s scoring at an efficient rate (52.9 field goal percentage and 47.2 percent from deep).

Overall, this MVP race will boil down to the impact of an individual player. The recipient of the award should have excellent statistics and should also lead his team to a successful run in the regular season. And from the looks of it, right now it’s still anyone’s game.
Read Next
News