NBA.com Philippines writers Miguel Flores and Chuck Araneta answer some questions about NBA 2K22 a week after its release. 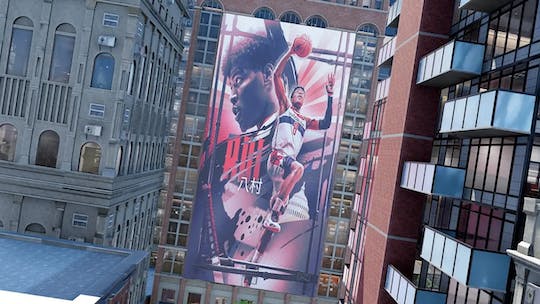 After a week with NBA 2K22, we've found this iteration to genuinely be one of the best sports games to come out in the past decade.

You might be asking what makes 2K22 so special, so we’ve gathered some Frequently Asked Questions (FAQs) that hardcore 2K fans have been dying to have answered. If you’re still on the fence about getting this game right now, this should help swing you to buy the game immediately.

Have you noticed any improvements to defense in the game? Is it now easier to stay in front of the player you're guarding?

While the read and react system in 2K21 was pretty helpful, particularly with knowing which direction the opponent was going and having a window to react, it seemed like players with significantly high speed and quickness ratings could blow by defenders at will. Also, it was so hard to stop players like Ja Morant or LeBron James when they got into the paint.

This happens a lot in 2K games. 2K21 notoriously made offense much easier than defense. When that happens, 2K emphatically makes up for it in the next game. In 2K22, they responded with better defensive animations and nerfed the spam dribble strategy.

If you’re playing on the park in MyCAREER, it's no longer a herculean task trying to defend the playmaking hybrids that whiz around the court with dribble moves. The stamina penalty for spamming dribble moves and holding turbo is quite dire for both current and next gen consoles.

If you’re playing on Play Now with a buddy, it might be a good strategy to have the AI play defense for you since the devs have definitely amped up their defensive IQ. Playing defense against the pick-and-roll will still require plenty of reading, reacting, player switching, and proper settings. Defending still requires a lot of practice with trigger and joystick management, but you definitely have more of a shot now against talented offensive players.

What do you think of the new shot meter being used even for layups and dunks? Is that something you're planning to keep turned on or are you eventually going to turn it off?

This change was welcome, coming off a meta in 2K21 that rewarded reckless, pointless drives to the rim too easily with contact layups and dunk animations.

Having to master a shot meter to pull off contact or flashy dunks was a nice way to balance this strategy in the next gen version of the game. As someone who likes to finish around, not through, defenders in the paint, I don’t see myself using this feature too much.

The Playmaking Shot Creator was the dominant build in 2K21 because of all the dribble animations at their disposal. Has 2K22 changed the gameplay enough that there will be more of a variety of builds from the community?

Thanks to information from NBA2KLab, it seems that shooting builds have gotten great buffs and it looks like we’re going to see a resurgence of the stretch big build. Bigger builds have more options now for quicker releases. A lot of the shooting badges like Sniper, Limitless Spot-Up, and Catch And Shoot also seem to be some of the best overall badges in the game right now.

As someone who likes to be the shooter in games with friends, these are all great changes. I've been trying to see just how good I can be with a pure Sharpshooter. But, in terms of there being a true meta for builds, there seems to be a healthy mix, so making a player you think you’ll have the most fun with is a good strategy. And if you have a regular crew that knows what they’re doing, the wins will come naturally.

Any game meta is bound to evolve in the latter part of the game’s lifespan. We’re just at the mercy of beloved 2K developer @beluba (Mike Wang) with how 2K’s gameplay is going to feel. It's always a great strategy to just do a Chris Smoove and play with what you know you can make work.

Aside from MyCareer and Play Now, which other game modes should we check out?

MyLeague and MyGM are two very overlooked game modes and 2K22 has given them some polish.

MyLeague is still the best league customization mode among all sports games, truly allowing you to simulate different scenarios for a specific team or for the entire league. This mode can go as deep as you want it to go and it’s added things like coach badges and different boosts for the quality of specific assistant coaches. MyGM could definitely use the same depth and mechanics they put into MyCAREER, but it's still a pretty good change of pace for those looking for some front office spice.

The game continues to flesh out the WNBA game modes. At their current state, they’re nowhere near as rich as the experience for their NBA counterparts, but it's nice to see that they’re constantly adding things to the W modes. It should not be too long until the WNBA gets a similar experience, game mode-wise, with the NBA.

Who among the rookies have you had the most fun playing? Are you more excited to use the Rockets for Jalen Green or the Pistons for Cade Cunningham?

Jalen Green definitely got the better treatment with his game model. Even his Afro looks really close to how he wears it currently, and it's going to be exciting to see which of his hairstyles 2K adds when the season rolls along.

Gameplay-wise, playing as the Houston Rockets in Play Now feels pretty good. They definitely don't feel like a bottom-tier team with John Wall and Christian Wood having above-average ratings. The Rockets also have other fun players like Eric Gordon, Kevin Porter Jr., and Alperen Sengun, who give them a lot of depth.

Green has all the tools to dish out 20 points in a game with his solid shooting and slashing stats. He does feel a bit slow and his ball handling isn’t as dynamic, but you can still easily make him look good with a couple of setups in transition.

Cade Cunningham is a more complete player and the suite of badges feels like 2K is giving him their unofficial nudge for Rookie of the Year. His jumper is not as quick as Green's, but he's a solid player for those used to controlling bigger ball handlers. But good luck getting wins with that Detroit Pistons team. There's definitely plenty of matchups that the Pistons can’t handle in Play Now.

Can’t decide which games to watch in this season’s opening week? Check out NBA.com Philippines’ Game Guide to help you pick.