The Warriors proved that they’re the best in the West. The Celtics took down the top team in the East to advance. These two teams will now battle it out for the NBA title. 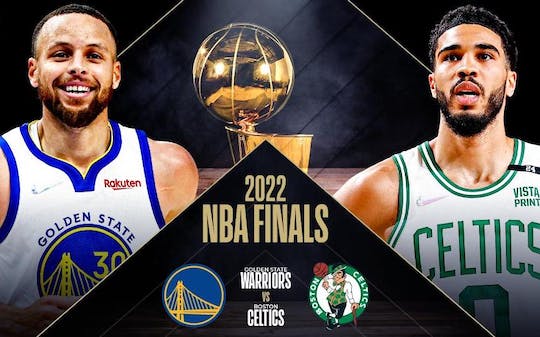 The last time the Celtics and Warriors met in the NBA Finals was in 1964. Boston had a slew of superstars led by big names, such as Bill Russell, John Havlicek, Sam Jones, and Tommy Heinsohn. San Francisco was powered by their monolith, Wilt Chamberlain. The Celtics were just too much for the Warriors, wrapping up the finals in five games to win their sixth straight championship.

This year’s Boston Celtics went through a gauntlet to get back to the NBA Finals. After a midseason turnaround, they had to take down the Kevin Durant-led Brooklyn Nets, the defending champions Milwaukee Bucks, and the top-seeded Miami Heat to make it out of the East.

The Golden State Warriors, on the other hand, returned to their dominant ways. After missing the playoffs in the last two years, they stamped their class in the West, dropping the hammer on the Denver Nuggets, Memphis Grizzlies, and Dallas Mavericks to reach the NBA Finals.

After 58 years, the Warriors finally get their rematch against the Celtics.

Back in 1964, the two teams were built differently. The 2022 matchup between the Warriors and Celtics might seem like a clash of styles once again. Digging deeper, though, these two teams are alike in a lot of ways.

On the surface level, the Warriors are more known for their splashy offense. Between Steph Curry turning back from his 3s midshot to Jordan Poole’s wacky shot selection to the mind meld between Draymond Green and Klay Thompson, there are so many highlights that showcase how in sync the Warriors are on offense.

Make no mistake, though, the Warriors are a defensive juggernaut as well. In the regular season, the Warriors were second only to the Celtics in terms of Defensive Rating, at 106.6 (Boston finished at 106.2). This is a team that plays on a string. They’re constantly switching assignments to stay between the offensive player and the hoop. If there was one team with a flow on the defensive end, it’s Golden State. They shut down opposing offenses by making sure all gaps are covered and there’s no opening for the other team to make a move.

It’s gotten to the point where there’s no one to target in the Warriors’ lineup. The Mavericks tried to hunt Curry or Kevon Looney, perceived to be the weakest links on defense. That didn’t work out for Dallas because Curry and Looney have proven they can hold their own until they get the help needed from the rest of the team. Golden State’s defense is like drying cement. Early on they can be prodded and pierced. As the game goes on, they harden up to the point where there’s just no way in.

On the flip side, the Celtics have built a reputation this season as the meanest defensive team in the league. They wreak havoc on opposing defenses with their athleticism, toughness, and physicality. Boston’s personnel are either athletic enough to recover if they get beaten or annoying enough to not allow themselves to get beaten. Sometimes they’re both, like Marcus Smart. Their unique scheme also funnels all the players into a big man just patrolling the paint and ready to erase shots. They’re a whirling tornado on defense and the eye of the storm is Robert Williams III or Al Horford.

The midseason refresh of the team wasn’t just on the defensive end. They also ironed out wrinkles to their offense to make it less stagnant. That’s the underrated thing about the Celtics. Their offense isn’t as flashy as the Warriors, but they still finished the season ninth in Offensive Rating at 113.6. Their sets are tidy and efficient, with a ton of screening action off the ball to get their best players in the best positions to score.

Of course, it also doesn’t hurt to have shot creators like Jayson Tatum and Jaylen Brown when the offense stalls. Both Brown and Tatum are 3-level scorers that can isolate their defender, get to their spot on the floor, and score. Think of the two as Splash Brothers in the East.

Best defensive rating by a team this season:

The main attraction in the 1964 NBA Finals was Russell versus Chamberlain. It was a titanic clash between the best big men in the league. The “big” men of both teams won’t be the main draw this time around, but Draymond Green and Al Horford will play crucial roles in this year’s finals.

The defense of both players is unquestionably important to their respective teams. It’s on offense where both players need to step up.

Green won’t ever be played off the court because of how versatile he is. But he also can’t be invisible on offense. He has to at least be a threat to score so that all players on the court for Golden State attract attention from Boston’s defense. If Green isn’t being ignored, that means he’s taking away defensive focus from one of their main offensive weapons. That could be the difference between a successfully run play or a flubbed set.

Just like Green, Horford doesn’t need to score to be an impactful offensive player on the floor. He’s been so important to the Celtics because his playmaking in the post helped untangle their offense. Against the Warriors, he has to be even better though. When Golden State uses their small-ball lineup, Horford has to be able to punish them in the paint. That will give Boston an additional weapon they can lean on.

The more experienced Warriors need to pounce in the first two games at The Bay. That helps them build momentum and puts added pressure on the Celtics when the series shifts east. Golden State needs to finish this series early, just like the Celtics did back in 1964. If not, they could be facing a Boston team with seven games of preparation. That’s a dangerous team to face in a do-or-die situation. Ask the Bucks and Heat who flirted with danger and got eliminated.

The Celtics, on the other hand, have to feed off the energy of their home crowd to be able to close out games at The Garden. Boston fans have waited 12 years to watch an NBA Finals game once again. They’re going to back their team all the way. If they can prevent Golden State from winning on their court, then they can extend the series all the way to a Game 7 where they hold the experience advantage this year.