Iverson-Carter on early 2000s basketball, Doncic-Nowitzki on leading the Mavs franchise, and other player conversations that would be interesting to listen to. 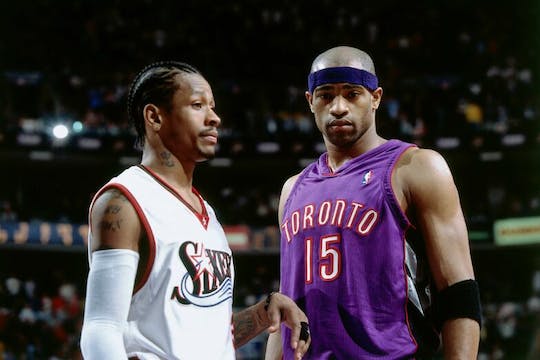 Some of the best, most talked about pieces of content to come out of the NBA in the past few years has been about public reconciliation.

We had Isiah Thomas and Magic Johnson air out the rift that formed between them later on in their careers in 2017. Kobe Bryant and Shaquille O'Neal sat down and talked about how their time with the Los Angeles Lakers ended in 2018. Recently, Draymond Green and Kevin Durant didn't let the beef between them simmer for a decade as the two talked about Durant's departure from Golden State on Green's new show “Chips”.

It says a lot about today's media landscape that these players can just be candid about their issues on-camera. But there's more potential to this sit-down, stripped-down concept than just squashing beef. The following are a few ideas that try to expand on this home run formula.

Allen Iverson and Vince Carter were two of the most iconic players in the early aughts. They were captivating and mesmerizing. One was a slasher who knew how to will his way to the basket while the other was a high-flyer who knew how to defy gravity. Off the court, they were just as powerful and inspiring, each bringing their own brand of swagger.

Iverson and Carter injected adrenaline into the league and the fans. They knew who they were as basketball players and more importantly as people, unafraid to show what they stood for. And for that, people appreciated them even more. As much as you applauded Iverson’s crossover or Carter’s dunk, you also had to take notice of the unapologetic confidence.

A sit-down interview between AI and Vinsanity will allow fans to dive into a specific era of basketball. The audience will learn about that period when a lot of iso ball, midrange jumpers, and in-your-face hoops were at their peak.

The two can reminisce about their epic 2001 Eastern Conference semifinals. What was it like going back-and-forth with those scoring barrages? They can also talk about how hard it was guarding each other, or other stars in their primes. How did they defend Kobe Bryant? A breakdown of how to get by defenders would be cool too. What's the key to a good blow by?

Iverson and Carter unfortunately ended their careers without a championship. What’s their biggest regret or “what if” years later? The duo can discuss how their careers helped define a generation. Plus, they are among the few legends who truly appreciate the game today. Both are so secure of their legacies that they gladly talk about how awesome Luka Doncic is or how they love the growth of Trae Young. Fans can listen to both of them talk basketball all day. 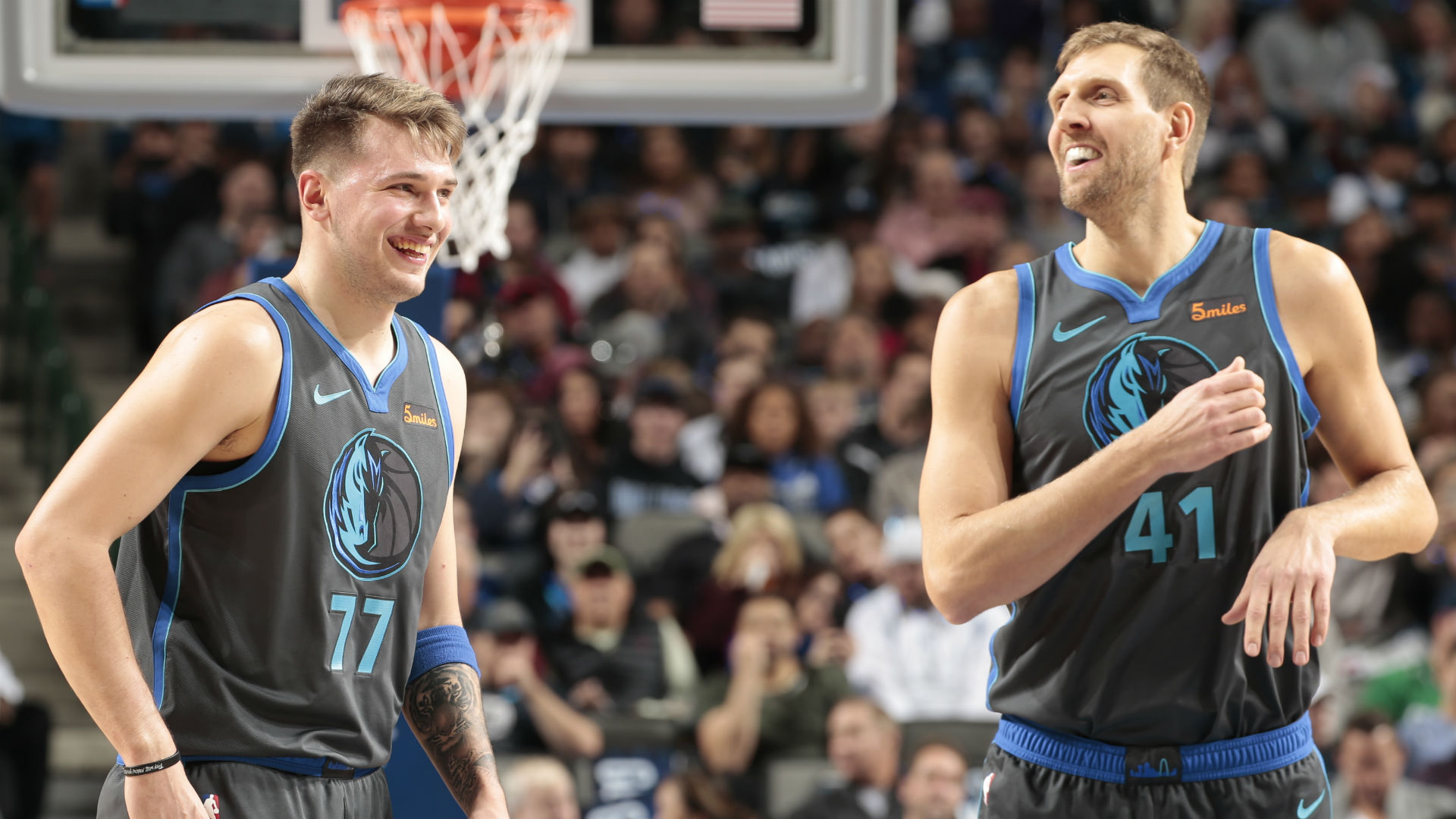 There’s something infinitely appealing about a young blood having a special bond with an OG. Think Peter Parker and Tony Stark.

The knowledge transfer between two generations can be a very fascinating thing. The OG can have his “back in my day” moments as the young one plucks useful tidbits to apply to the now.

Put this in a basketball setting, and it would be awesome to hear a conversation between Luka Doncic and Dirk Nowitzki.

The parallels between the two are endless. The Dallas connection, the charisma, the foreign roots, the one-legged fadeaway. Born two decades apart, Luka and Dirk are kindred spirits who have a lot in common other than a wet jumper.

On the flipside, the two are so different. Dirk is more of a quiet leader who would gladly fade away in the background if need be. Luka has been shredding guitar solos since he was a kid. Dirk is a proven winner; Luka is in the infancy stages of greatness.

If these two did the one-on-one thing today, the meat of the interview would probably revolve around how Dirk was able to get over the hump and became a champion. Pass that on to Luka, please.

But it would also be a must-watch if the interview took place when Luka’s career is over, and they can both look back at their basketball years with great fondness. Just two Hall of Famers counting the dead bodies, laughing at how their respective games couldn’t be stopped.

The NBA today has been a great example of how a league can support its players’ forms of activism. For one, the league didn’t stop the players from protesting and getting involved in initiatives against injustice and police brutality in 2020.

Imagine NBA greats like Bill Russell, Kareem Abdul-Jabbar, and Oscar Robertson having a discussion with some of today's social advocates like Kyrie Irving and Jaylen Brown. Russell, Abdul-Jabbar, and Robertson all know what it’s like to be vocal and to fight for social change.

This conversation among two different eras of changemakers should be very enlightening. The league can show how open they are to continued progress by allowing their past stars to open up to current stars about social issues. Uninterrupted already does this with incredible finesse so the NBA should already have a nice blueprint to map out this potential roundtable. 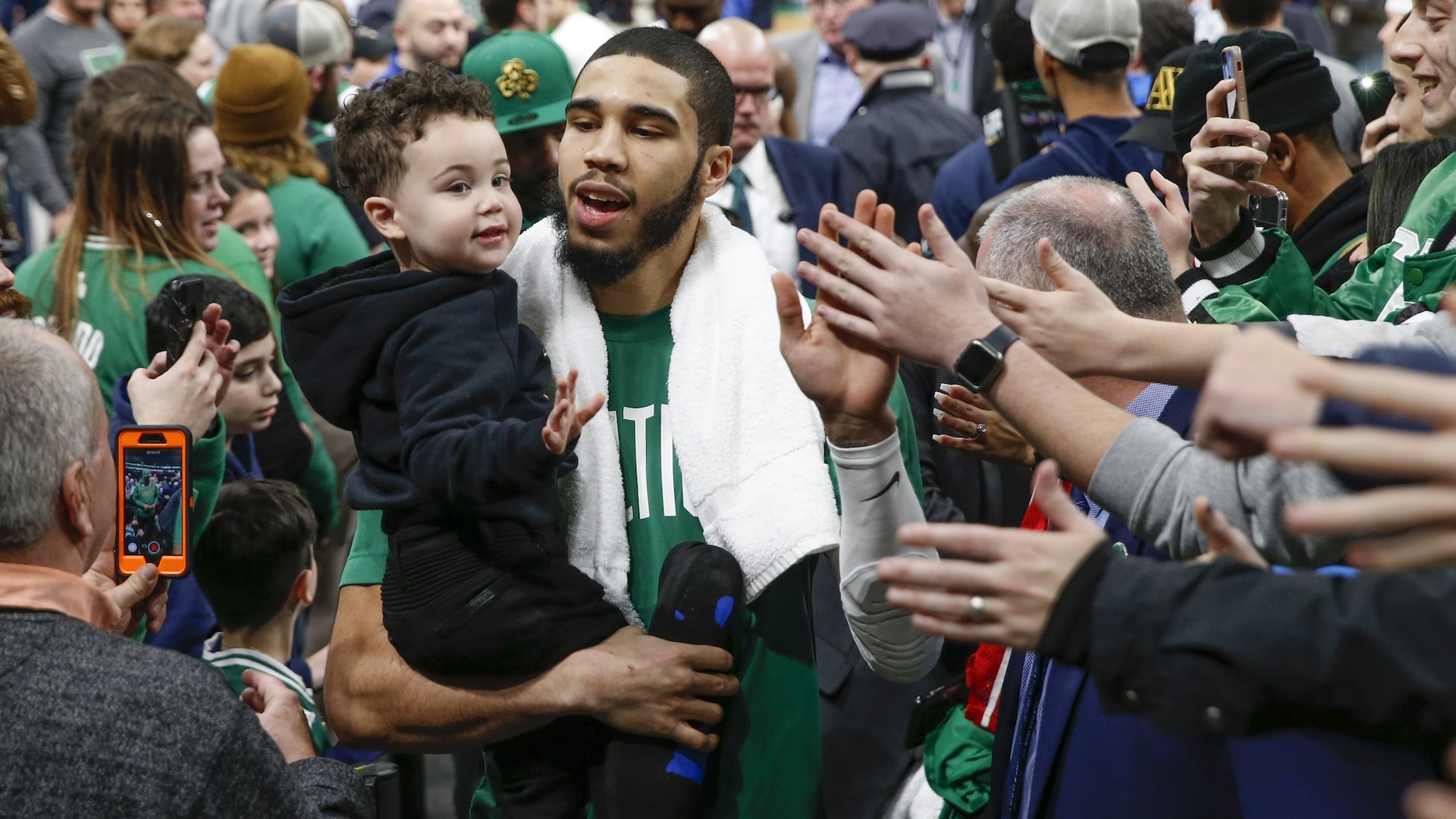 Another cool way for the league to showcase their players is to have their kids on. Athletes don't exactly have the best reputations as fathers. The league is in a great place now to change that.

We already have celebrity kids in Deuce Tatum, Riley Curry and Bronny James. Jrue Holiday and Joe Ingles can bring in their kids and discuss how their children inspired them to start charitable foundations.

The league can also feature father-son NBA player duos like Dell and Steph Curry, Mychal and Klay Thompson, and Doc and Austin Rivers, among others.