There are NBA players who are sure-shot future Hall of Famers, but there are also those whose impressive credentials may or may not be enough to get them into Springfield. 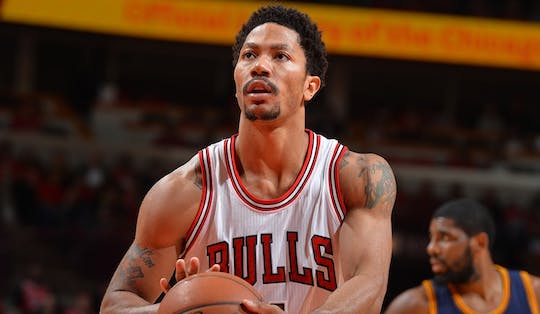 Derrick Rose, the youngest MVP ever, spent his early prime years with the Bulls.

This is all a long-winded way to say that the Reddit and Twitter arguments about the Hall of Fame chances of guys like Chris Paul, Carmelo Anthony, and Dwight Howard are pretty pointless. Those guys are easily Basketball Hall of Famers. They’ve been All-Stars, MVP candidates, and All-NBA players.

There are some players and coaches who have intriguing Hall of Fame credentials, if you look at their resume right now. These are genuinely borderline Hall of Famers and could inspire some more mixed opinions. We list them down here not to make a case for them to enter the Hall, but to bring their cases to everyone’s attention. These are pretty divisive so a case can be made for both sides.

The youngest MVP ever, Rose exploded in the NBA with the Chicago Bulls. He still is probably the second-most iconic Chicago Bull next to His Airness, Michael Jordan. Imagine a more explosive Ja Morant with the cultural impact very close to Allen Iverson. Those were the early years of DRose.

The problem is Rose’s prime lasted only four years due to several injuries to his legs. He doesn’t have an extensive list of amateur or international accolades to pad his subpar NBA career totals.

Still, all but one retired NBA MVPs have entered Springfield. Dirk Nowitzki will surely be inducted when he becomes eligible in 2023. It would be interesting to see how the Hall of Fame committee litigates Rose's case when he retires. One major improvement that the Basketball Hall of Fame can do is to make their process more transparent, something much closer to the Baseball Hall of Fame.

Will Derrick Rose be the first MVP not to enter the Hall?

The 2000s era power forwards deserve so much credit for continually redefining the position. Tim Duncan, Kevin Garnett, Dirk Nowitzki and Chris Webber dominated the position in their own unique way.

One player that always gets overlooked in this conversation is Amar'e Stoudemire. Steve Nash and Mike D'Antoni rightfully deserve the bulk of the credit for the revolutionary “Seven Seconds or Less” Phoenix Suns. The leading scorer for those teams, however, was always Stoudemire.

At his peak, Stoudemire was unstoppable. He was an athletic freak with nimble feet, who later on in his career developed a nifty midrange game to keep defenders honest. He was the perfect pick-and-roll partner for Nash.

The mid-2000s Suns were victims of some of the worst playoff lucks in the history of the league. Stoudemire also had his prime cut short when his chronic health problems got the best of him early in his time with the New York Knicks.

Still, in his six-season prime from 2004 to 2011 (he missed much of the 2005-2006 season due to a left knee injury), Stoudemire tore up the league with averages of 23.6 points on 55.2 percent shooting with 8.8 rebounds and 1.5 blocks. He was an All-Star six times with five All-NBA selections (one first team, four second teams). He only recently retired, wrapping up his career in Israel in 2020.

Sure, Stoudemire doesn't have the massive career totals of some of his peers, but he does have a strong case to make it into Springfield. Basketball Reference currently has his Hall of Fame odds at a little over 70 percent.

Iso Joe has more going for him than just a slick nickname. Throughout his NBA career, Johnson became a part of some memorable teams: the first year of Mike D’Antoni’s Suns and the Atlanta Hawks squads that consistently made the playoffs from 2008 to 2012.

At a time of dynamic scoring guards, Joe Johnson was a legitimate scoring threat. From 2005 to 2014, Johnson had a solid peak averaging 19.8 points on 45 percent shooting with 4.0 rebounds and 4.7 assists. He became an effective scorer late into his 17-year career that he amassed 20,405 points, just 92 points less than Hall of Famer Mitch Richmond.

Richmond serves as the precedent for Johnson's eventual Hall of Fame case. They were both dynamic scorers, though Richmond has the edge in career averages. What Johnson has over him is playoff success since Richmond's Sacramento Kings barely won any games in the ‘90s. Richmond made an All-NBA team five times. Everywhere else, they have pretty similar accolades with seven All-Star selections for Johnson and six for Richmond.

Richmond solidified his Hall of Fame case by winning a title with the Los Angeles Lakers in 2002 just before retiring. Right now, Basketball Reference has Johnson's Hall of Fame odds right at 50 percent.

Former NBA player Ty Lue is relatively young for a coach. He currently has a long-term contract with the Los Angeles Clippers, but this argument is based on his 2016 Cleveland Cavaliers stint. Whether this is enough to get him into the Hall of Fame, assuming that he never has any other major coaching achievement for the rest of his career, is something that we’ll find out in the future.

Lue doesn't get enough credit for how he handled that Cavaliers coaching job, given how brilliant LeBron James and Kyrie Irving were during his tenure. But Cleveland was always one of the top offensive teams in the league during his time. They also made two more NBA Finals runs in his tenure.

Solely judging his NBA accolades, Lue has similar credentials to Portland Trail Blazers coach Jack Ramsay. Ramsay, like Lue, had one of the most iconic NBA Finals upsets under his belt when he pushed the Bill Walton Blazers to a title over a loaded Philadelphia 76ers squad with Julius Irving in 1977.

The importance of the Cavaliers’ 2016 championship cannot be overstated. It ended a 52-year professional sports title drought for a tortured fanbase, which also roots for other cursed franchises like the Browns and Indians/Guardians. A lot of teams are immortalized in Springfield and the 2016 Cavaliers should definitely have their own place there someday. But should their head coach also make it?