Kai Sotto moved closer to his NBA dream after signing with the Adelaide 36ers in Australia's National Basketball League. 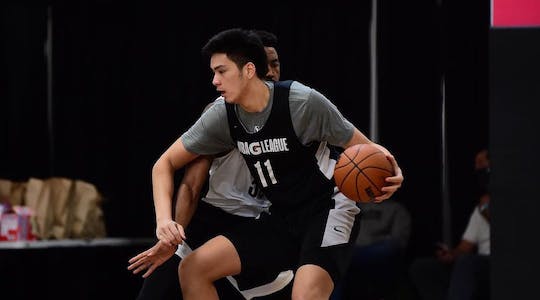 Kai Sotto has signed a multi-year deal with the Adelaide 36ers of the Australia’s National Basketball League (NBL), he announced in a media roundtable organized by Smart on Wednesday.

This move marks the next step towards his NBA dream. Sotto, who is Smart’s newest ambassador, just graduated high school earlier this year and was ineligible for the 2021 NBA draft. He will be able to join the draft starting 2022.

Next step on my journey this year. See you soon Australian 🇦🇺 pic.twitter.com/HBKoFtl5q4


Before joining the 36ers, Sotto was part of the NBA G-League Ignite program under the guidance of NBA champion Brian Shaw.

“We are delighted to welcome Kai to the NBL to play with the Adelaide 36ers. The NBL is one of the best leagues in the world and a great league to develop players like Kai Sotto who want to take their game to the next level by playing alongside seasoned professional players in a super competitive league,” said NBL commissioner Jeremy Loeliger.

Adelaide 36ers head coach Conner Henry said he is pleased to include the talented Filipino big man to his team, which has not won a championship since 2002. The 36ers are currently ranked No. 7 in the ongoing season, making the addition of Sotto a huge boost for them.

“We couldn't be more excited to have Kai joining us… We explained our structure moving forward and how we thought he would be an ideal fit for us - the people that we think will do a great job surrounding him and developing him and getting him ready for the NBA,” said Henry, who was previously an assistant coach with the Orlando Magic and head coach of the G-League’s Fort Wayne Mad Ants, which he led to a title in 2014.

The NBL is extremely competitive and a known budding ground for players who want to move up to the NBA. Joe Ingles and top rookie LaMelo Ball are a few of the big names who starred in the NBL before moving to the NBA.

"Playing for the national team is a top goal for any athlete," said Sotto.