MILWAUKEE BUCKS: Can the Bucks make the leap now that Giannis is locked in?

The future of the Milwaukee Bucks both long-term and short-term rested on the decision of Giannis Antetokounmpo. And with one tweet signifying his return to the franchise, all fears were cast aside.

The franchise can now breathe a sigh of relief. The Greak Freak is staying in Milwaukee. With Giannis committing to stay for at least the next four years, the Bucks have their main piece locked in. Now the challenge is building around the edges.

Despite dominating the league in the regular season before the lockdown happened, the Bucks were unable to regain the momentum when they entered the NBA bubble in Florida. They lost to the eventual Eastern Conference champions Miami Heat in the second round, failing to at least equal their trip to the ECF a season ago. Many people cast doubts on Khris Middleton being the ideal sidekick to Antetokounmpo. Even whispers about the Greak Freak’s limited perimeter scoring began to grow louder.

Knowing that this season would be Milwaukee’s last chance to convince their two-time MVP to stay, the Bucks went all in to try and rejigger their roster and give him more help. Out goes starting guard Eric Bledsoe, and in comes Jrue Holiday from the New Orleans Pelicans. Holiday should be a great fit in the starting lineup because of his steadying presence on both ends of the floor. They were also able to acquire some additional depth by signing D.J. Augustin. Bogdan Bogdanovic would have helped, but that acquisition was unable to come to fruition.

On paper, Milwaukee has the squad to win the East and perhaps give whichever team that comes out of the West a run for their money. But as recent history has shown, the title is not won with a dominant regular season alone. A locked in Giannis and a Bucks team that can finally rest easy knowing that their star is a part of their future could be a devastating combination. But is it enough to get them to the next level?

INDIANA PACERS: Can Oladipo and Sabonis become a devastating duo? 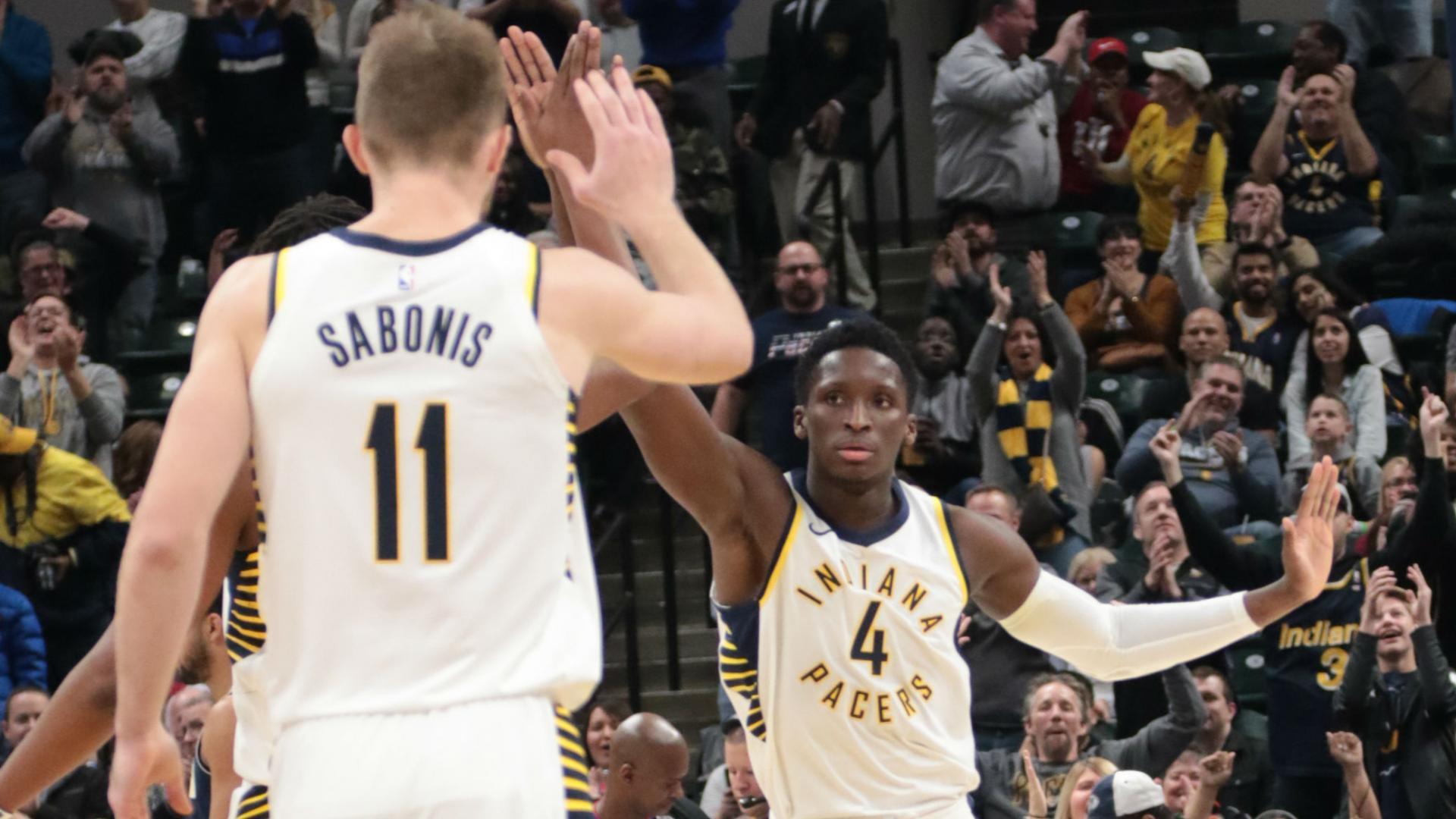 With Victor Oladipo taking time to recover from a ruptured quad tendon, many counted out the Pacers because of the absence of their All-Star. But a funny thing happened on the way to the lottery -- Domantas Sabonis took his game to a higher level and showcased the best season of his four-year career. His stats were up across the board, culminating in his first All-Star appearance.

Oladipo eventually returned, but he was clearly rusty and unable to showcase the same athleticism and juice that made him one of the most fun young prospects in the NBA. He was also unavailable for the playoffs, as was Sabonis due to injury, leaving the Pacers unceremoniously eliminated by the Heat in the first round.

That brings us to the present. With a healthy Oladipo and an awesome Sabonis, not to mention a new head coach in Nate Bjorkgren, it will be fascinating to see how these two stars make room for each other. Oladipo will need the playmaking and bone-crushing screens of Sabonis. Sabonis’ game will also excel with the offensive IQ of Oladipo in the paint and on the perimeter. Adding key players like Malcolm Brogdon and Myles Turner, as well as the explosive TJ Warren, could pave the way for this iteration of the Pacers to finally move past the first round.

CHICAGO BULLS: Is Coby White the answer at the point guard position? 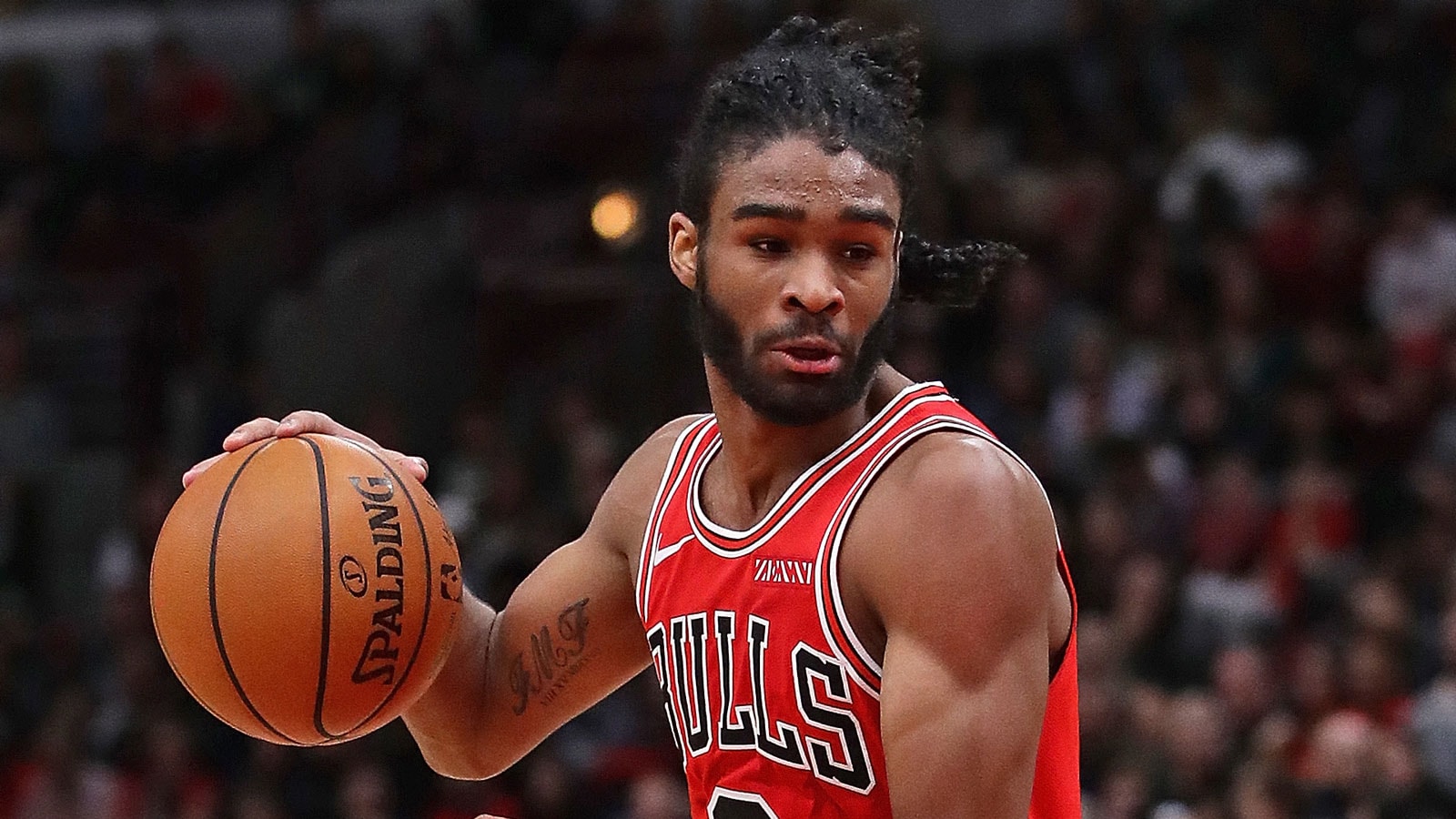 A quick look at the roster of the Bulls last season would merit eyebrow raises when put beside their overall record. After all, the Bulls have talented offensive players in Zach Lavine and Lauri Markkanen, while also having excellent defenders in Kris Dunn and Wendell Carter, Jr.

But for Jim Boylen and his crew, things just never clicked mostly because of the poor play at the point guard position. Tomas Satoransky looked shaky and struggled to really get loose against athletic defenders, while Dunn’s scoring woes gave leeway for his defender to roam around and help on the Bulls’ best offensive players.

The Second Team All-Rookie selection is not top of mind when talking about elite ball handlers and playmakers in the NBA. It’s because his top skill will always be to get buckets. However, the growth in his game will come if he can take advantage of the attention that defenders will give him to make his teammates better. With Dunn now joining the Atlanta Hawks, White has a clear runway to really grow into his role as point guard, with new head coach Billy Donovan giving him the keys. Will he be able to lead the way and help the Bulls get to within striking distance of a playoff berth?

DETROIT PISTONS: Where will the offensive firepower come from? 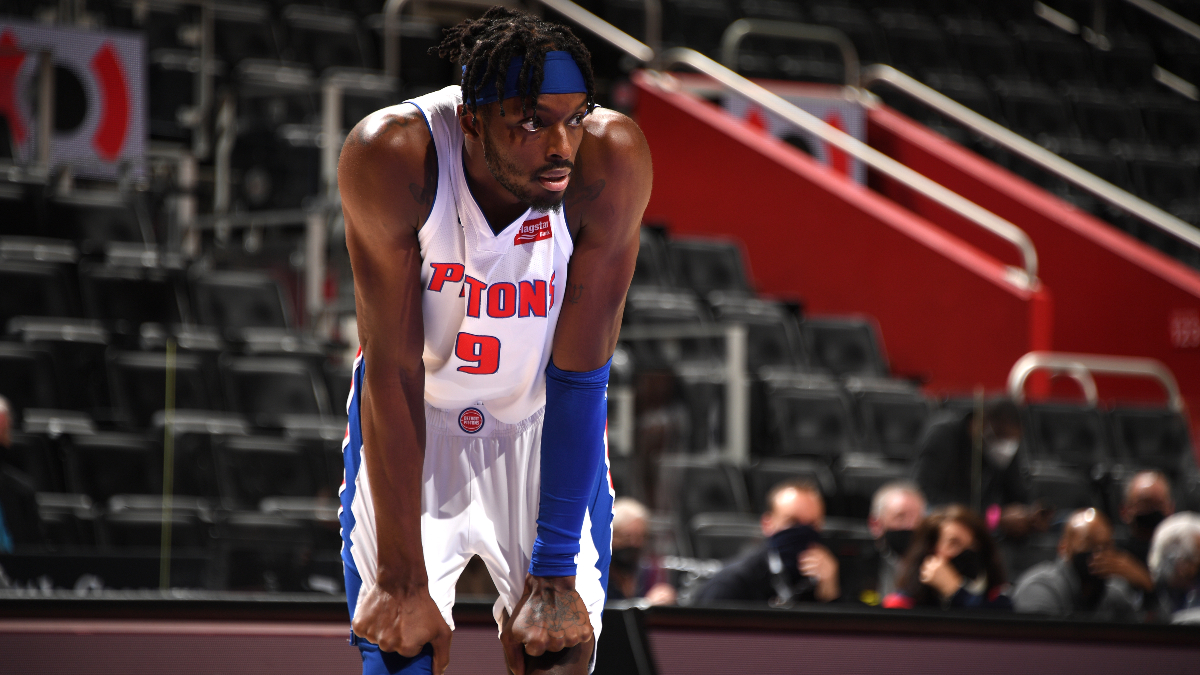 The Detroit Pistons had quite the offseason, as they replaced Christian Wood with three frontcourt players in Jerami Grant, Mason Plumlee and Jahlil Okafor. Among the three, Grant is clearly the team’s top prize in free agency, as they were able to snatch him from the Denver Nuggets after an impressive postseason where he averaged 11.6 points on 32.6 percent shooting from the perimeter.

Grant is a fine acquisition, but the fit alongside Derrick Rose and a healthy Black Griffin is one that makes people pause when it comes to optimism for Detroit. We are living in the era of the weaponized 3-pointer, yet the Pistons went all in on frontcourt depth. That puts a ton of pressure on untested players Svi Mykhailiuk and rookie Saddiq Bey to space the floor. And if things get dicey and opponents clog the paint, will Rose and rookie Killian Hayes have enough juice to help open things up on the perimeter?

CLEVELAND CAVALIERS: Are the youngsters ready for a bigger role?

The Cleveland Cavaliers spent much of last season trying to see what they had with a frontcourt duo of Kevin Love and Andre Drummond. With a foregone playoff race, Koby Altman pulled the trigger to acquire Drummond, the Pistons’ former franchise player and a walking double-double.

With the two in the frontcourt, the rebounding battle should not be a problem for the Cavs, although their ability to guard more perimeter-savvy scorers could be a problem.

And that’s where their selection in the recent NBA Draft Isaac Okoro could play a pivotal role. The No. 5 pick from Auburn is a prototypical 3-and-D player who should be able to guard multiple positions. Though his shot is still evolving, there's room for him to grow and improve. Colin Sexton and Darius Garland should also be better, after having established themselves as the Cavs’ starting backcourt for the foreseeable future.

Love and Drummond will be top of mind when fans think of the Cavs, but up and comers Okoro, Garland, and Sexton also deserve the spotlight. It might take time for them to develop, but if they show glimpses of their potential, the Cavs could have something in the future worth getting excited for.