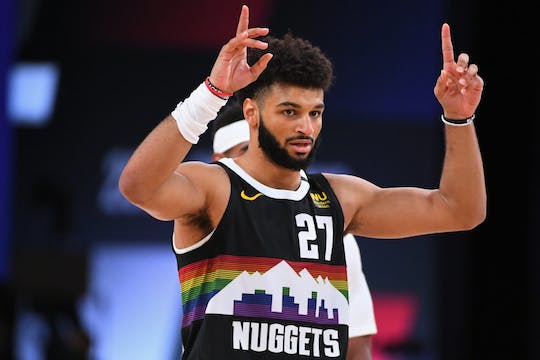 Powered by Jamal Murray, the Denver Nuggets had a magical playoff run in the bubble, recovering from back-to-back 3-1 series deficits before bowing down to eventual champions Los Angeles Lakers in the conference finals. In Orlando, Murray averaged 31.0 points per game while shooting 52 percent from the 3-point line. However, when you consider the entire regular season, his scoring average drops to 18.5 points per game, along with 4.0 rebounds and 4.8 assists.

Good thing he does not serve this team alone.

A real force to be reckoned with, Nikola Jokic led the Nuggets with 19.9 points, 9.7 rebounds, and a whopping 7.0 assists per game last season. Arguably the best center and one of the best international players in the NBA, Jokic has been key to the Nuggets’ success.

The Nuggets seem to have a good grasp of their future despite the loss of versatile forward Jerami Grant, who signed a deal with the Detroit Pistons in the offseason. The team is invested in developing young stars like Michael Porter Jr. and Bol Bol. They also selected two promising rookies, Zeke Nnaji and RJ Hampton, with their 22nd and 24th picks in the recent NBA draft.

Everything still boils down to the Nuggets’ second-best player, Murray. If he can sustain his bubble performance, then Denver’s fate in the playoffs will be sealed. It remains to be seen whether or not Murray is capable of playing at such a high level all season long.

MINNESOTA TIMBERWOLVES: Can the Timberwolves establish a winning culture with KAT calling the shots? 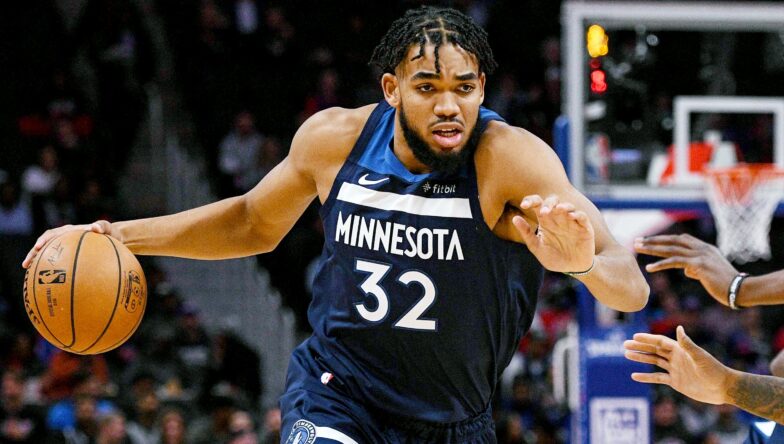 Karl-Anthony Towns is one of the best centers in the NBA today. Besides averaging 26.5 points, 10.8 rebounds, and 4.4 assists per game, Towns is making 44.4 percent of his shots from beyond the arc, slightly above former two-time MVP Steph Curry (43%).

Despite Towns’ dominance, the Minnesota Timberwolves still struggle to make it big in the Western Conference.They finished with a 19-45 win-loss record last season and failed to advance to the playoffs.

The Timberwolves are known for being one of the worst defensive teams in the league. With two former #1 picks in Andrew Wiggins and Towns in the roster, they focused a lot on their offensive prowess instead of maximizing their athletic ability on defense. By doing so, they struggled to keep up with Western powerhouses who are capable of playing well on both ends of the court.

This year, the Timberwolves decided to move in a different direction, letting go of Wiggins for former NBA All-Star D’Angelo Russell. This trade was not only made to add a badly needed veteran guard, but it was also an attempt to build team chemistry with Russell being a close friend of Towns.

The Timberwolves hope that these changes will be enough to push them out of a  rut and boost them into the playoffs.

OKLAHOMA CITY THUNDERS: Will the Thunder’s total rebuild pay off in the long run? 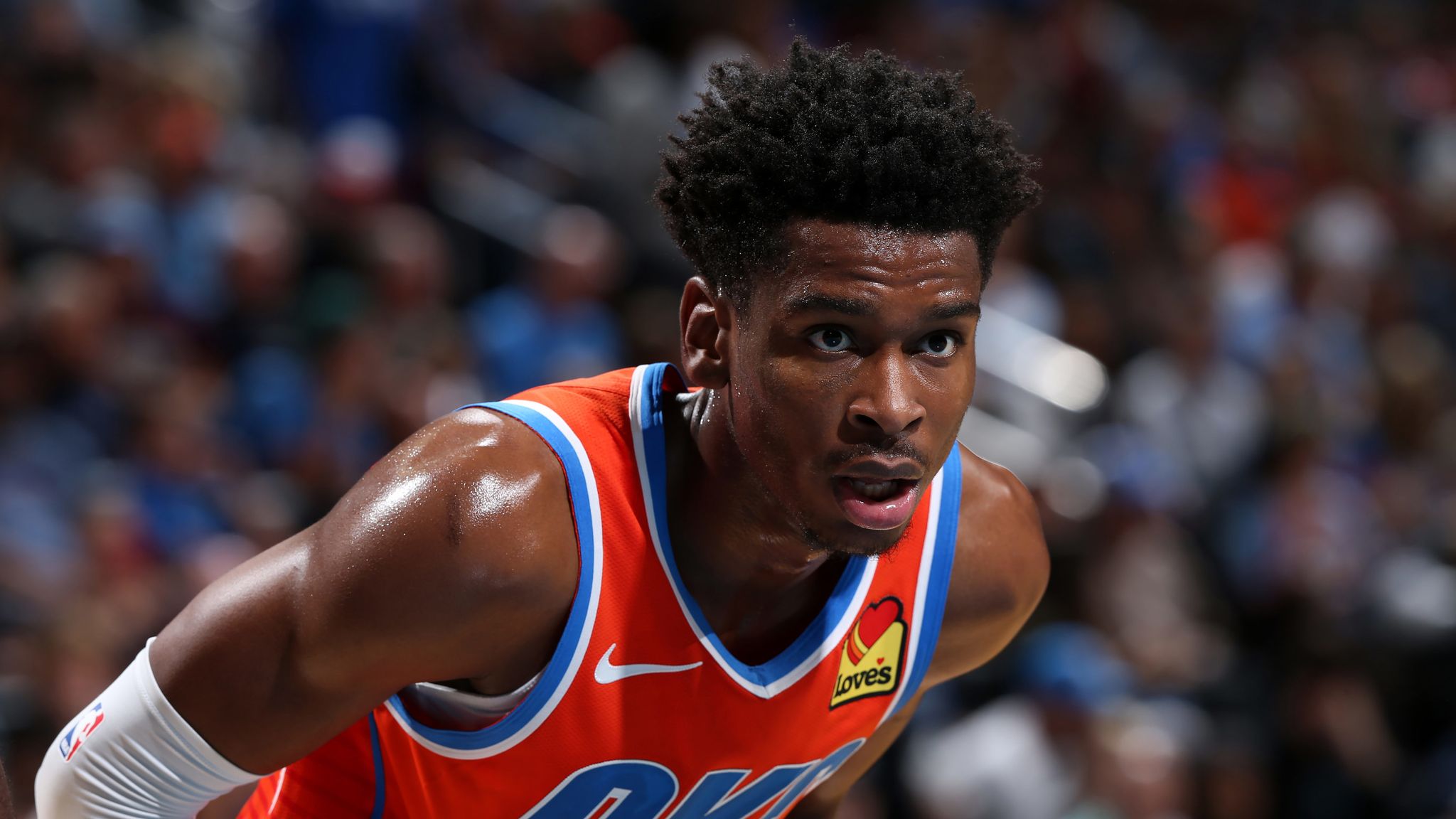 Surprisingly, OKC’s management decided to fully rebuild and start fresh. They let go of Chris Paul, who only played one season with the team, and long-time player Steven Adams.

The Thunder also lost Danny Green and Terrance Feguson from their lineup, and even traded Vincent Poirier, Jalen Lecque, Kelly Oubre Jr., and Ricky Rubio immediately after acquiring them. This gave them 17 first-round draft picks through 2026, bringing in some talented fresh legs every single year. The team also let go of former head coach Billy Donovan, who moved to the Chicago Bulls, and promoted former assistant coach Mark Daigneault to the top coaching position.

After all these major changes, the Thunder will now rely heavily on SGA, putting the 22-year-old in the biggest spotlight of his extremely young NBA career. This could, however, make or break the franchise, given that they have very few veterans like Al Horford, newly acquired from Philadelphia, who can lead the team. Hamidou Diallo, going into his third year in the league, is now the Thunder’s longest-tenured player and that says a lot about the current composition of this team.

UTAH JAZZ: Is it time for the Jazz to find a new identity? 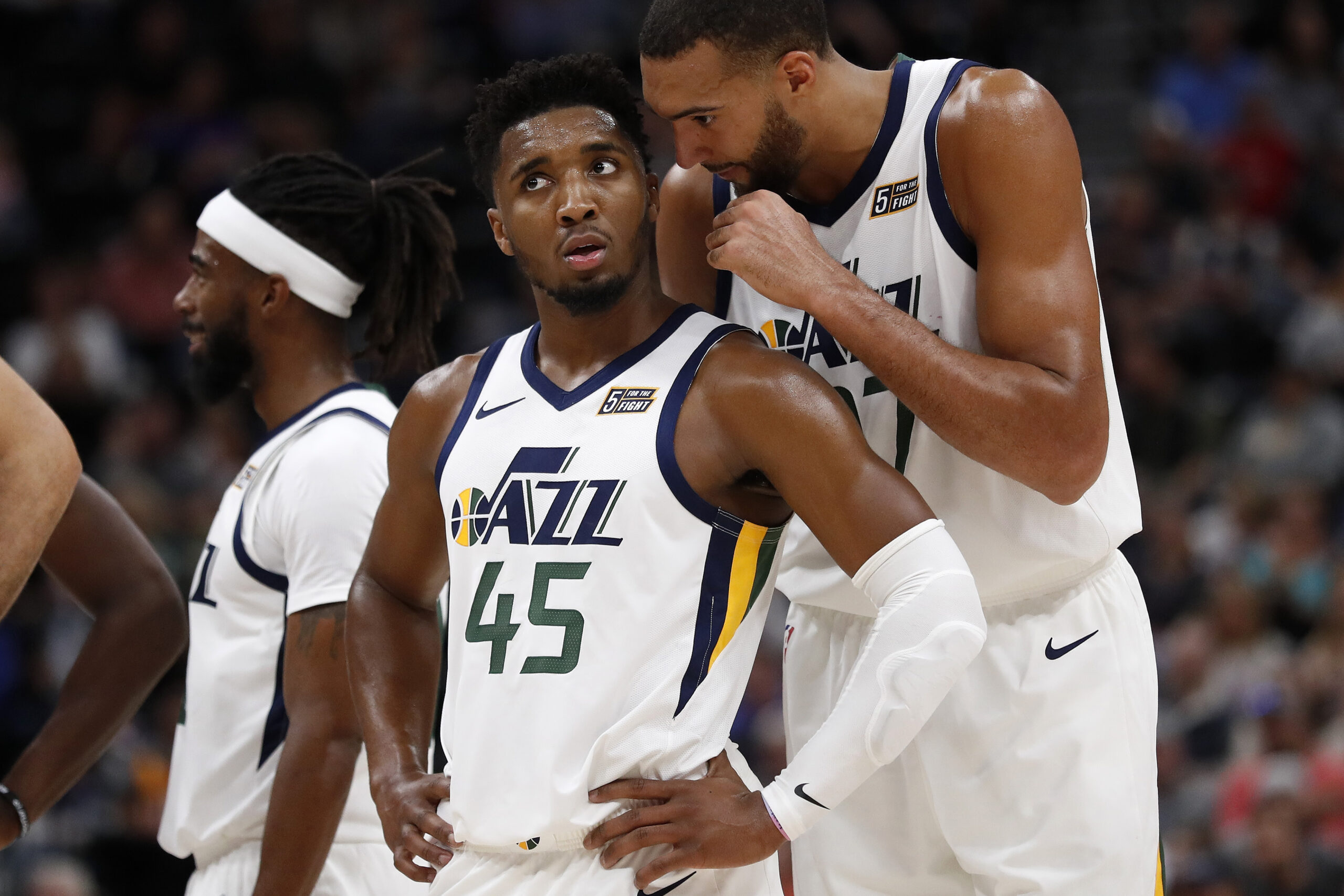 With franchise cornerstone Donovan Mitchell and two-time Defensive Player of the Year Rudy Gobert by their side, you would think the Utah Jazz would have it all sorted out.

Mitchell, who recently secured the future of the Jazz by signing a five-year rookie max extension, has been performing incredibly well for the team, averaging 24.0 points, 4.4 rebounds, and 4.3 assists. The young 6’1” guard took his game to another level in the Orlando bubble, engaging in an epic battle against the Nuggets’ Jamal Murray before the Thunder eventually lost their 3-1 series advantage in the playoffs. Gobert, meanwhile, just made history as the highest paid big man in the NBA after staying in Utah with a five-year, $205 million deal. The 7'1" defensive specialist posted 15.1 points, 13.5 rebounds, and 1.5 assists per game last season.

For years, the team managed to build a culture and system that revolved mostly on defense. Even top contenders struggled to win against the Jazz’s impenetrable defensive schemes. However, in the last few seasons, the team dropped from the top three to 10th in defensive efficiency.

The Jazz may argue that while their defense got worse, they ranked much higher on offense (9th), making them a more well-rounded team. But this also makes them extremely average -- enough to be a playoff contender, but not enough to make it to the finals. They seem to be at a loss on what exactly to focus on first -- adjusting to a new rotation, fixing the system, or establishing a new and better identity.

The good news is Mitchell and Gobert are both locked in for the next few years. Consistency may be the key to bringing the team back into the postseason, but it it's going to be a tough, uphill climb for them to actually make a deep run into the playoffs. 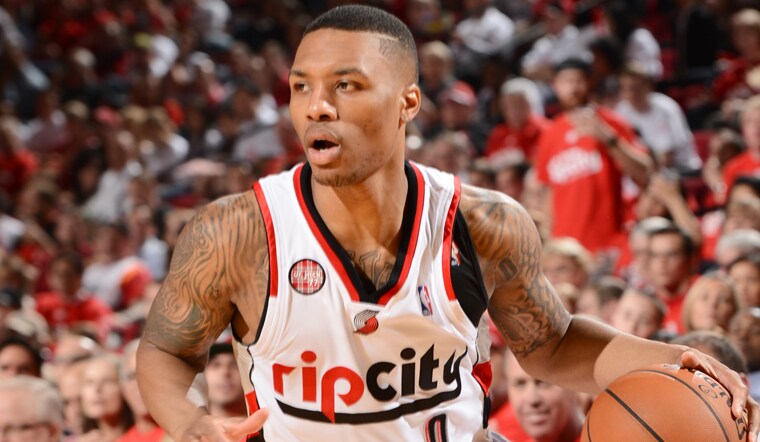 Damian Lillard is an incredibly talented point guard, averaging 30.0 points, 4.3 rebounds and 8.0 assists per game for the Portland Trail Blazers. By his side are underrated guard CJ McCollum (22.2 points, 4.2 rebounds, and 4.4 assists) and crafty center Jusuf Nurkic (17.6 points, 10.3 rebounds, and 4.0 assists).

However, if the team wants to make the leap, these players need to stay healthy and step up their game further. Unfortunately, both Lillard and Nurkic suffered injuries last season, bringing them down to the last spot in the playoffs instead of making the 5th seed.

If everything goes well for Portland, the team is pitted to be the best bet against the promising  Nuggets in the Northwest division, with a system that complements every single player. They have Nurkic and Zach Collins who are excellent in the paint, standout guards in Lillard and McCollum who can orchestrate the offense, and Carmelo Anthony who can play stretch 4 when needed.

With Lillard at the forefront, the Trail Blazers have a chance to make it big provided that the rest of the team also show up and deliver. They have a great mix of young guys and capable veterans who can make them competitive throughout the season.