No Easy Baskets: Five of the NBA’s greatest defenders

Who has been the best defensive player in the NBA in the last 20 years? NBA.com Philippines writers make their choices. 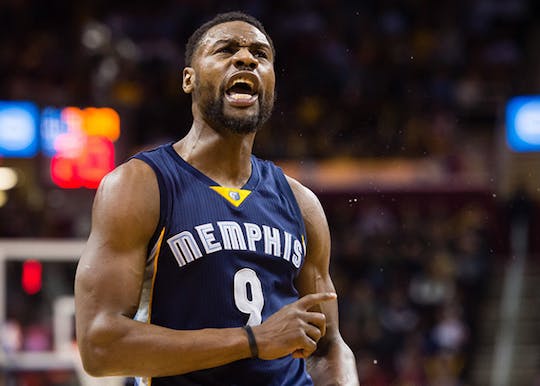 Great scorers in the NBA become great not only because of their sheer talent, but also because of the players who guard them—defenders who are willing to do the dirty work and take on the challenge of stopping or limiting them from getting buckets.

Throughout the league's history, there have been plenty of premier defenders who have worn the label of ‘best defender in the NBA’ at least one point in their careers. But for this list, NBA.com Philippines writers were only allowed to pick one player from the last two decades.

Draymond Green, a brash and opinionated three-time NBA champion, recently claimed to be “the best defender to ever play in the NBA.”

Tony Allen, an equally brash and opinionated NBA champion, fired back with an all caps BIG and cap emoji tweet, followed by an inquisitive, "Who stamped you? Who you clamp?"

Allen is not playing for any NBA team right now, but here he was on Twitter, still not allowing shots, still defending, still putting the handcuffs on those who dare cross him.

Allen is that dude who won’t let anything pass him, the guy giving headaches to the Kevin Durants, the Damian Lillards, the Klay Thompsons, and THE Kobe Bryant. He’s the one who got a pair of shoes with Kobe’s autograph and message: "To Tony, the best defender I ever faced!"

So forget about the numbers (he once averaged a career-high 2.0 steals per game) and the accolades (he was a six-time member of the All-Defensive Team). All that matters is the stamp of approval from one of the greatest scorers in basketball history.

To be the best defender in the NBA you have to own it, you have to embrace it, you have to let the world know (“First team All-Defense!”), and you don’t let anybody take it away from you. Guess what? Tony Allen is still doing all of that. — Jon Carlos Rodriguez 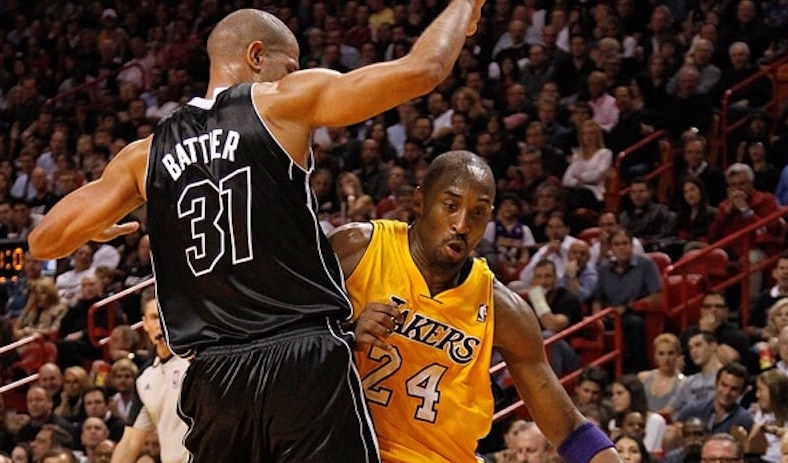 As a Los Angeles Lakers fan growing up in the 2000s, Kobe Bryant was THE guy. The best thing about Kobe is how it was guaranteed 95 percent of the time he'd do something special in any game during his prime. That probability shot down to about 40 percent whenever the Lakers faced a team with Shane Battier.

Battier never won any Defensive Player of the Year awards, only averaged one steal throughout his entire career, and was only part of the NBA Second-team All-Defense team twice, but there barely was a better perimeter defender in the NBA in the 2000s.

In his prime, Battier looked like he was dancing with his matchup – always keeping in step and seemingly knowing every move coming. There was no screaming or yelling or trash-talking. Battier approached all his matchups the way chess grandmasters prepared for games. He knew all your openings, gambits, and preferred positions. You're going to have to go to Plan C.

That’s what Battier did with superstars like Kobe. There was no more frustrating sight in the 2009 playoffs than Battier – then leading a feel good Cinderella run for the Houston Rockets – forcing Kobe to go 14-for-31 from the field in an upset at Staples. In Game 3, Battier again forced Kobe into a horrid 11-for-28 shooting night and led the Rockets to a second win.

Kobe and the Lakers ended catching fire and winning the next three games. Still, Kobe never got Battier's defense out of his head. Battier might have still had a hand in Kobe's face when Kobe wrote his Mamba Mentality book, where one page was dedicated to Battier.

Even later in his career, Battier was at the frontier of the small-ball revolution, playing power forward for the two Miami Heat championship teams and starting the role that undersized players like Draymond Green play now.

Perhaps the best thing about Battier is he knew the key to being a Kobe stopper – never say you’re a Kobe stopper. He was quiet and never gave opponents a reason to make it personal. The hands in your face and the multiple forced turnovers, it's just business for Battier. — Miguel Flores

Tim Duncan was a top-tier interior defender and he did it consistently for almost two decades. The San Antonio Spurs were a defensive dynasty during his time, and he was key to all of the franchise's five championships.

Duncan crushed opponents with his length, basketball IQ, and exceptional two-way skills. He had impeccable timing that allowed him to block or alter shots with ease. He was great in reading opponents' plays and reacting quickly – either shutting down the passing lanes or challenging baskets without fouling. He was also a tough defensive rebounder, always ready to box out after contested shots.

Duncan led the league in defensive win shares five times and defensive rating four times, one of which was already during the twilight of his career. At 39 years old, a year before his retirement, he was still No. 1 in defensive real plus-minus. He continued to play at a high level even when he was no longer the main option for the Spurs.

Until now, people still wonder why Duncan did not receive a single Defensive Player of the Year award. He made the All-Defensive Team 15 times – the most for any player – and as mentioned, the Spurs were a defensive powerhouse throughout his 19-year career.

But that barely matters now. Duncan is still one of the greatest power forwards of all time. And perhaps his legacy was not about being the best defender. It's not even about his championships, his MVPs, and his mastery of basketball fundamentals. It's about being the ultimate franchise leader and teammate one could ever ask for. — Charmie Lising 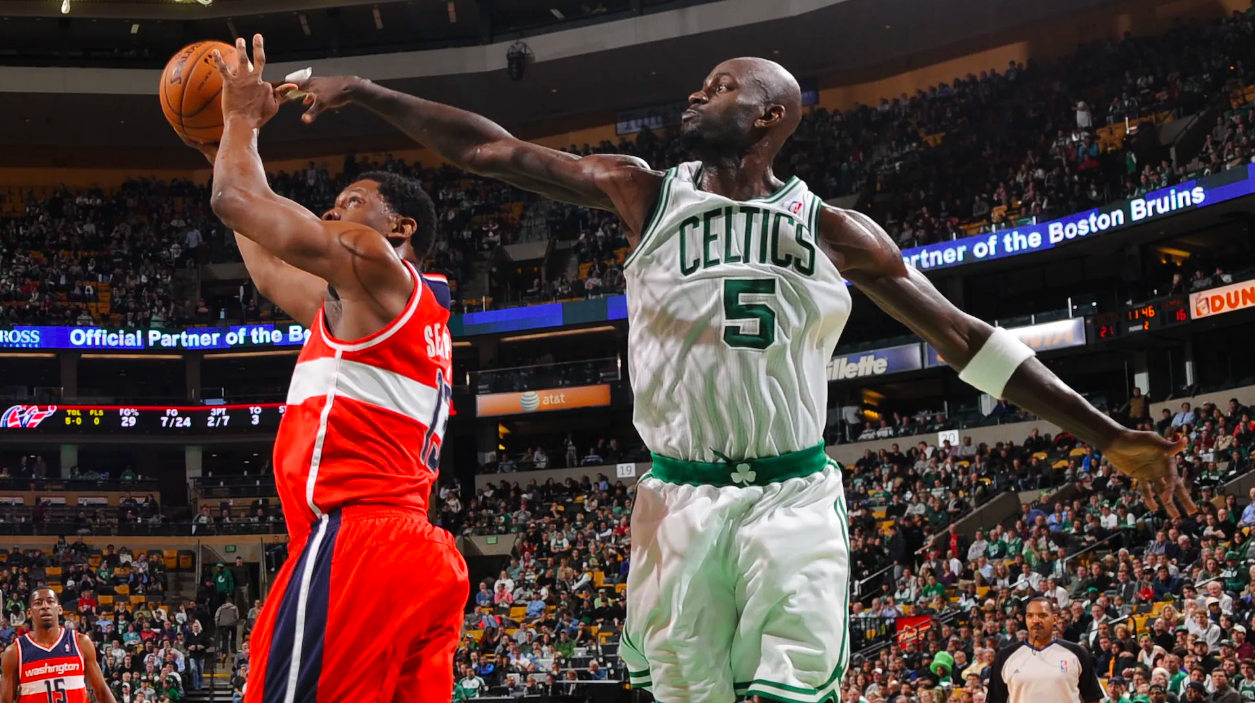 Kevin Garnett was one of the few people in the NBA who had the Holy Trinity of defense: the physical tools and innate talent to defend an offensive threat; the smarts to use game plan and strategy; and finally, an obsessive desire to own the other end of the floor.

KG boasted an elite combination of speed and length, using his 6-foot-11 frame to stay on a Tracy McGrady or bang bodies with a Tim Duncan. Versatility is an overused trait to describe players these days, but KG was of that breed of defensive dexterity.

Add supreme intelligence to his physical gifts, the man was simultaneously an evil genius and Superman. He used every trick in the book to outwit opponents, even more so when he got older. He had the little push and shove to get centers out of their comfort zone before a post entry pass. Versus a guard, he would stretch out a hand to cover the jumper while leaving his other foot behind, a strategy to both defend the shot and invite a contested drive.

In terms of pure will power, just google “Kevin Garnett intensity.” The man was maniacal. You would think that he would literally beat someone up to defend the basket. He was just willing to lay everything on the floor every game.

One more thing that separated KG was his ace in the hole: his trash-talking. Garnett would break guys mentally with just his words. The stories over the years about his trash-talking days have turned into their own lore. They were far-fetched enough to be outrageous but had the right amount of probability that they were believable. Granted that a few of his remarks were downright offensive and controversial (revisit what he said to Charlie Villanueva), but he would just do anything to get you off your game. — Yoyo Sarmenta

The face of LeBron James in the 2014 NBA Finals tells you everything you need to know about Kawhi Leonard.

There was one moment in that series when James earned a trip to the free throw line while Leonard was on the bench. After making the first attempt, James looked visibly flustered when he saw Leonard check back in the game. He grimaced, took a step back from the stripe, and muttered an expletive. He knew that the freedom he had was ending and that it was time to earn every single point again.

Leonard was only in the third year of his NBA career when that happened. Since then, he has gone on to do some pretty awesome stuff in the league.

We might forget now, because of all the success that followed, but Leonard’s identity was built primarily on the defensive end when his career started. He took those legendarily monstrous mittens called hands and used those to disrupt and wreak havoc against opponents. Articles were written about how teams would run plays good for only four players, leaving Leonard and the man he was defending all on their own so that the offense would not be disrupted. It was literally called being on Kawhi Island.

Leonard may not have the same defensive chops now because of injuries, and the fact that his offense has improved to a level that he’s now one of the most dependable scorers in the league. But you can still see it in short bursts now.

His personality kept him from really owning the title of best defender in the league because he wasn’t shouting “first-team All-Defense” like Tony Allen, or howling and cussing at the moon like Kevin Garnett.

But that’s okay, he didn’t have to. Players like LeBron James did it for him. — Chuck Araneta

On the Lookout: Nuggets go for 7th straight win against Spurs

The Denver Nuggets will put their winning streak on the line when they host the San Antonio Spurs on Thursday (PHT).