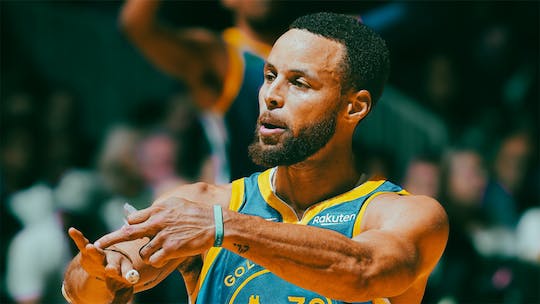 With all the positive energy coming out of all things Steph Curry—from hitting rock bottom to again being on top—he has definitively silenced the doubters with this fourth, almost improbable championship. At this point, it’s either he just made it more impossible to hate him or he just added more reasons.

Curry is an NBA champion once again. He wasn’t for a little while, but now he is again. He broke his hand in the 2019-2020 season, the year the Golden State Warriors were healing from a Game 6 finals loss. He ran on fumes the year after that, from all the carrying of the entire Dub Nation on his shoulders.

Present time, Curry is back at it, doing the things that he was able to do three times before. He’s again running tirelessly all over the floor, his movements ever more precise and his talent even more impressive. He is merciless as he’s ever been but in the way that only Steph Curry has mastered: simultaneously doing it joyfully.

It’s never not fun watching Curry as he zig-zags around his teammates, dizzying defenses just to get a sliver–just the slightest peek of daylight–for him to launch yet another long 3. Then a dance or a shimmy. For when it matters most, he hits them with the night-night. You just gotta love it.

Because really, how can you hate Steph Curry? Let’s try to rattle off the list of reasons and you can try. You can hate him for that hot start in Game 1 that fizzled out with the game on the line. You can hate him for teasing us with a potential 60-point Finals game, a rare masterpiece of a mixtape we could’ve pulled up whenever we’re sad.

You can hate him for making us forget about the supposedly legendary lockdown defense of Marcus Smart, this season’s Defensive Player of the Year.

You can hate him nine times, each for every missed 3 in Game 5, a game the Warriors won despite Curry hitting absolutely nothing from beyond the arc. You can hate him for that reverse milestone: the first time in Curry’s playoff career that he didn’t hit a single 3.

You can hate him for having the time and the audacity to be Husband of the Year during an intense Finals series by rocking an “Ayesha Curry CAN Cook” shirt.

You can hate him for always keeping words at a minimum, whereas Draymond Green always doesn’t.

You can hate him for being the perfect mentor to Jordan Poole, practically cloning the young man in his mold. You can hate him because he just made sure his DNA stays in the game longer than he can.

You can hate him for the way he consoled Splash Brother Klay Thompson last year when they got booted out of the Play-In Tournament by the Memphis Grizzlies. It was too much of a soft moment, you can say.

You can hate him for letting it all go at the end of Game 6–the feelings, the composure, and ultimately, the tears. A superhero like Curry wasn’t supposed to be a human, a son, a dad, a husband, and a brother like that, and you can hate him for that.

You can hate him for the way he forever changed the game of basketball as we know it. It’s different now, thanks to his gravitational pull, his brash confidence, his passion for the game, his inspiring work ethic, and his love.

These are the reasons–and more–to hate the man, but it won’t change the fact that Steph Curry is now a four-time NBA champion and an all-time NBA great. And you’d just be wrong for hating him.

Warriors-Celtics series down to a best-of-three

The Celtics struggled mightily in the closing minutes of Game 4 with Steph Curry lifting the Warriors to a series-tying win.