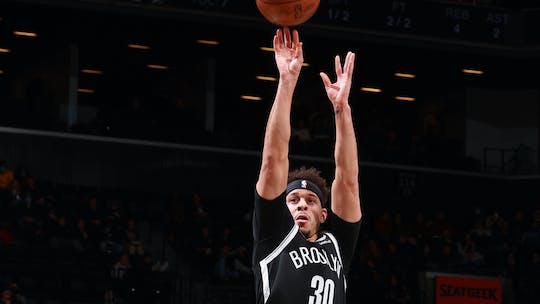 The Curry family is one of the most recognizable names in NBA History.

We all know Stephen Curry – three-time champ, two-time MVP, eight-time All-Star, and Greatest Shooter of All Time. Then there’s the OG Curry, Dell, the father who was a 16-year veteran and the 15th pick in the 1986 draft.

The one who often gets sleep on is the younger Curry, Seth.

Seth’s journey in the NBA isn’t as glamorous as his brother's or his dad’s. He went undrafted in 2013 after three years with Duke University and would then sign a non-guaranteed contract with the Golden State Warriors – which may or may not have been because of his older brother.

If an NBA star has a sibling who can play professional basketball, some teams would sign the sibling to keep their star happy or to have a familiar face on the team. This is what happened with DeMarcus Cousins, Klay Thompson, Goran Dragic, and Giannis Antetokoumpo.

However, what makes Seth different from all of them is that he has, to some extent, managed to step away from his brother's shadow, which was no easy feat.

Seth in the early parts of his career bounced back between the D-League and NBA teams. In his first two years in the NBA, he was part of three teams and played only four games in total. Tough start by any standards, but he wasn’t discouraged.

In two seasons in the D-League, he became a two-time All-Star and two-time All-NBA D-league team. Needless to say, he balled out and this would be the last time he would ever play in the developmental league.

Getting extra minutes on the floor helped him find his groove and his confidence. He knew that he was meant to be in the league.

In the six sessions that followed, he has grown into his own. He’s had four seasons with double-digit scoring averages and six seasons with above 40 percent shooting from deep.

This season alone he’s averaging career-highs in points, rebounds, and assists in an extended role, first with the Philadelphia 76ers and now with the Brooklyn Nets. He has come a long way after bouncing around.

The story of Seth is an inspiration to people who have family or friends who excel in the same field. The brothers of the stars I mentioned earlier have either fizzled out of the league after a couple of years or became bench warmers. Sure, we don’t see Seth becoming an All-Star anytime soon, but he has become an asset in a playoff team and managed to turn his career into a solid one for years to come.

Scottie Barnes, Cade Cunningham and Evan Mobley were unanimous selections from a global panel of sportswriters and broadcasters.