On the Lookout: Can the Clippers bounce back against the Jazz?

Kawhi Leonard and Paul George are still questionable for the Clippers' rematch against the Jazz, who won their first matchup behind Rudy Gobert's 20/20. 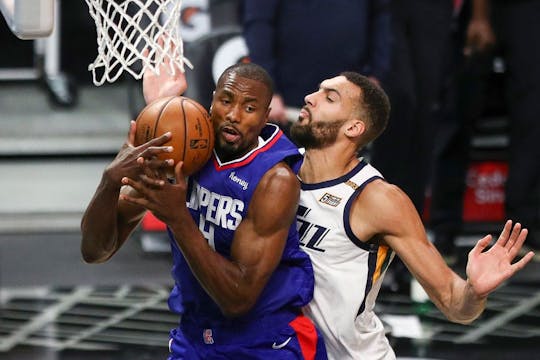 Two Western Conference powerhouse teams will collide once again as the Utah Jazz face off against the LA Clippers in a quick rematch in Los Angeles.

The Jazz continue to be the toast of the basketball town, as their 24-5 record puts them firmly on top of the standings of the entire league. However, the Clippers are not far behind. Despite their loss to the Jazz, the Clippers still have a firm grip on the 3rd seed in the Western Conference with a 21-9 record.

Los Angeles is looking for revenge after their 18-point loss to Utah in their first game. In a highly anticipated matchup, it was the Jazz that looked every bit like the super squad that they’ve been all season long, overwhelming the Clippers to win 114-96.

Leading the way for Utah was Ruby Gobert, who registered his second 20-20 game of the season, with 23 points and 20 rebounds. The Clippers simply had no answer for the Stifle Tower, as he punished the frontcourt of the Clippers in the paint.

"He impacts it in a lot of ways, and tonight you saw it on both ends,” Jazz Coach Quinn Snyder said of his all-star forward. Teammate Donovan Mitchell also said that Gobert was the gamechanger, particularly after a sluggish first half performance.

"The stats show one thing, but you look at the little things: sprinting down the floor, the tips that he had, finishing through contact, dunking the ball -- that's something that really set the tone,” Mitchell said.

If the dynamic duo of the Clippers can’t go, then Lou Williams and Reggie Jackson should be ready to fire away once again from the perimeter. The two scored 16 and 15 points respectively, and will be counted on to shoulder the offensive load for their team.

Can the Clippers slow down this Jazz squad having their hottest start in franchise history? Find out this Saturday, 11AM, on NBA TV Philippines.
Read Next
News