On the Lookout: Jazz target fifth straight victory vs Celtics

Donovan Mitchell and Rudy Gobert look to lead the Jazz to another win as they host the Celtics. 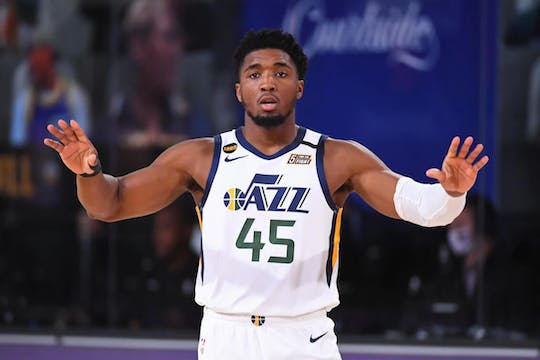 Get set for an East versus West showdown as the Boston Celtics collide with the Utah Jazz (11:00 AM on NBA TV Philippines) at the Vivint Arena in Salt Lake City, Utah.

The red-hot Jazz have put together one of their best starts in franchise history as they raced to a 19-5 record, currently the best overall in the NBA. They won 15 of their last 16 games to put them half a game ahead of the Los Angeles Lakers in the West.

The Jazz are doing great on both ends of the floor. They have the fourth best offensive rating in the league (115.4), an area that they usually struggled with in previous seasons, while still maintaining their solid defense (107.0). Overall, they rank second in net rating (8.4), behind only the Milwaukee Bucks (10.1).

The Jazz’s latest conquest came against the Indiana Pacers, which they won on the road 103-95. Donovan Mitchell just missed the first triple-double in Jazz franchise history in more than a decade, when he racked up 27 points, 11 assists, and nine rebounds. Mitchell actually had a chance to go for the final board, but he had other plans. "I'm not the type of person to go and chase it," Mitchell said. "I'm just trying to find ways to impact the game.”

Even without Mike Conley, Utah was able to preserve the win behind another brilliant performance from All-Star Ruby Gobert. Despite playing against tough competition in the frontcourt in Myles Turner and Domantas Sabonis, Gobert held his own and produced 16 points, 16 rebounds, and three blocks. That bodes well for the Jazz as they now enjoy four straight victories.

The Celtics have had their own ups and downs this season due to several COVID-related challenges. But as of late, the injury bug has hit Boston, first with promising rookie Peyton Pritchard, followed by Marcus Smart and potential All-Star Jaylen Brown. With left knee soreness bothering Brown, he had to sit on the sidelines and watch his team fall to the Phoenix Suns in their previous game, 100-91.

Brown has been such an integral part of the Celtics’ campaign as he’s elevated his game to new heights with averages of 26.4 points, 5.5 rebounds, and 3.6 assists. The combination of Brown and Jason Tatum has kept the Celtics above water despite all the injuries. They are currently in 4th place in the Eastern Conference with a 12-10 record.

Kemba Walker will play a pivotal role in support of Tatum if Brown will not be available. After opening the season on the injured list, Walker’s game has slowly but surely rounded back into shape, although he struggled against the Suns and shot only 4-for-20 from the field en route to 14 points.

Celtics center Daniel Theis talked about how the team is really making a concerted effort to help out Walker and make his and the rest of his teammates’ jobs easier on offense. "We've got to make it easier for guys and Kemba to get some easy ones instead of relying on jump shots," Theis said.

This will be the final stretch of a grueling five-game road battle for the weary Celtics. They’re looking to end with a winning record, after getting victories over the Golden State Warriors and the LA Clippers in their West Coast trip.
Read Next
Feature