On the Lookout: Kings looking to snap skid in Minnesota

The Kings are hoping to end their three-game slide when they face the Timberwolves in Minnesota. 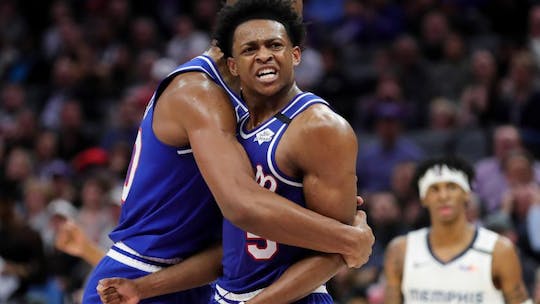 Two young teams hungry to prove themselves lock horns as the Minnesota Timberwolves face the Sacramento Kings at the Target Center in Minneapolis, Minnesota.

It’s desperation time for the Kings, as a three-game losing skid has torpedoed their chances of making the play-In tournament. They have a lot of ground to cover after falling to 12th place, trailing the New Orleans Pelicans by half a game. But the teams above them have struggled as well, so there is still hope for Sacramento.

The Kings squandered a tremendous chance to defeat a powerhouse squad, bowing down to the Milwaukee Bucks in their previous contest. Despite a monster performance from De’Aaron Fox and Terence Davis, the defense of the Kings was unable to stop Jrue Holiday from erupting for 33 points including a dagger layup down the stretch. Thus, a golden opportunity was wasted as the Giannis Antetokounmpo-less Bucks still prevailed over the Kings, 129-128.

Kings head coach Luke Walton noted the issues of Sacramento on defense. "We really have to understand that, and we should get this by now, it takes as close to 48 minutes of hard competing, high intensity to win games," he said.

But there’s still time for the Kings to end the longest active playoff drought in the NBA. To do that, they will need to improve on their defensive intensity and the opponent points that they allow (118.7).

They’re going to be in for a dogfight when they clash with the Timberwolves. Led by Karl Anthony-Towns and high-flying rookie Anthony Edwards, Minny has looked feistier and more put together ever since they returned from the All-Star break.

Minnesota is still struggling to get wins (12-38 record, 15th in the West), but this has not dampened the excitement level for this team. Since his return from a long layoff due to injury, Towns has been fantastic. He’s averaged 25.0 points, 10.8 rebounds, and 4.3 assists to lead the Wolves. He stood toe to toe with Joel Embiid, dropping a monstrous 39 points, 14 rebounds, and five assists in the loss to the Philadelphia 76ers.

Towns may have also found an ideal running mate in Edwards, one of the top rookies this season. He’s making a strong push for the Rookie Of The Year award, with averages of 17.6 points, 4.3 rebounds, and 2.3 assists.

This is the first meeting between the Kings and the Timberwolves this season. Which squad will come out on top? Find out live at 7:00 AM on NBA League Pass.
Read Next
News