On the Lookout: Nuggets set for rematch with Pelicans

The Nuggets seek to avenge Monday's loss to the Pelicans when they head to New Orleans for a rematch. 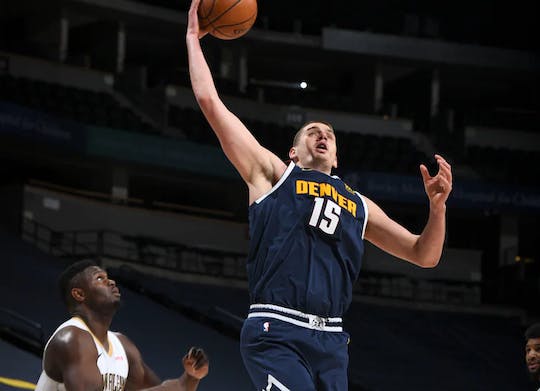 Two of the brightest big men in the Western Conference will lead their respective squads as Nikola Jokic and the Denver Nuggets aim to bounce back against the New Orleans Pelicans at the Smoothie King Center. Catch the game live on NBA TV Philippines beginning 8:00 AM.

While this matchup has serious playoff implications, particularly for the Pelicans who are trying to get back into the race (19-24, 12th place), both teams will not be at full strength owing to deals made right before the NBA trade deadline Thursday, 3:00 AM, Manila time.

The Nuggets (25-18, 5th place) were one of the busiest teams heading into the deadline, as they reshaped their roster bringing in Orlando Magic forward Aaron Gordon and Cleveland Cavaliers center Javale McGree in separate deals. Gordon arrived in Denver after a trade that sent Gary Harris, RJ Hampton, and a first round draft pick to the Magic. McGee, meanwhile, was acquired in exchange for Isaiah Hartenstein and two future second-round picks.

Gordon figures to have a very crucial role for the Nuggets, as his versatility on offense should make the team’s attack even more dynamic. Gordon, who played his entire career with the Magic, was sidelined for over a month with an ankle sprain but is still averaging 14.6 points, 6.6 rebounds, and 4.2 assists. It’s unlikely though that he will be in the lineup against the Pelicans, as he will first need to clear some pending tests.

If Gordon can’t play yet, then more responsibilities will fall on the broad shoulders of Jokic, who continues to stake his claim for the MVP trophy. WIth averages of 27.0 points, 11.3 rebounds, 8.5 assists, and 1.6 steals, the Joker has made the opposition look ridiculous all season long.

However, the Pelicans, bannered by wunderkind Zion Williamson, surely won’t go down easily. Just last Monday, the Pelicans took a 113-108 victory over the Nuggets with Zion and Brandon Ingram dropping 30 points each.

Zion has continued to improve his efficiency on the floor, while becoming a playmaker for the Pelicans. For the month of March, Williamson has been averaging 26.6 points on a ridiculous 64 percent from the field.

The Pelicans won’t have their complete squad after trading sharpshooter veteran JJ Redick and Nicolo Melli to the Dallas Mavericks in exchange for James Johnson, Wes Iwundu, and a second-round pick. Johnson should fortify the frontcourt of New Orleans and give a different dimension to the team when Zion and Ingram go to the bench.

Both teams may not be in full force but this West Coast battle will still be a showdown.