On the Lookout: Pacers all set to bounce back vs Cavaliers

After losing to the Wizards and falling to 10th seed, the Pacers are hoping to secure a crucial win against the eliminated Cavaliers to improve their play-in chances. 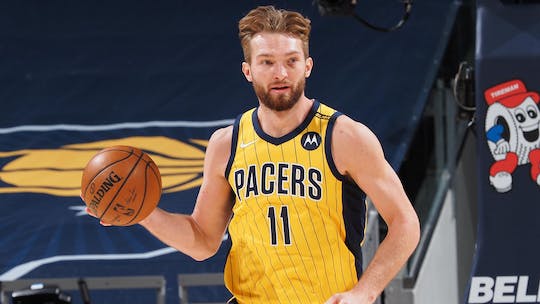 The Indiana Pacers are set for a big matchup with play-in tournament implications, as they battle the Cleveland Cavaliers live, 7:30 AM, on NBA TV Philippines via Cignal TV or NBA.smart.

The Pacers were on the opposite end of a historic performance from Russell Westbrook and Bradley Beal, as Indiana lost a key matchup to the Washington Wizards in overtime, 133-132. Despite a brilliant performance from Domantas Sabonis and an all-around effort from Caris LeVert, the Pacers fell to 10th in the standings and are now being hunted by the Chicago Bulls in a last-second race for the play-in tournament.

Sabonis led the way with a triple-double of 30 points, 13 rebounds and 13 assists, while Malcolm Brogdon had 35 points, 14 rebounds and 8 assists. The Pacers are 2.5 games ahead of the Bulls with four games remaining in their regular season, and a win over the Cavaliers will go a long way towards firming up their spot in the next round.

Despite injuries to key players sustained over the course of the season, Indiana has found a way to survive and are still in control of their playoff destiny.

Cleveland, on the other hand, is playing out the remainder of their season, currently at 21-47 and 14th place in the Eastern Conference. They are in a freefall, having lost 10 straight games, the latest of which was a 124-97 drubbing at the hands of the Dallas Mavericks. Collin Sexton led the way for Cleveland, as he notched 24 points.

This 10-game losing streak has tied the Cavaliers’ longest skid this year, a disappointing finish to a season that began with so much promise.

Sabonis and company are determined to pick up a big win and firm up their spot in the play-in tournament. Can the Pacers get a crucial victory and extend the misery of the Cavaliers?
Read Next
News