On the Lookout: Streaking Nuggets look to add to Lakers' woes

The Nuggets are hoping to extend their winning run to six games at the expense of the reeling Lakers, who are on the verge of sliding down to the play-in bracket. 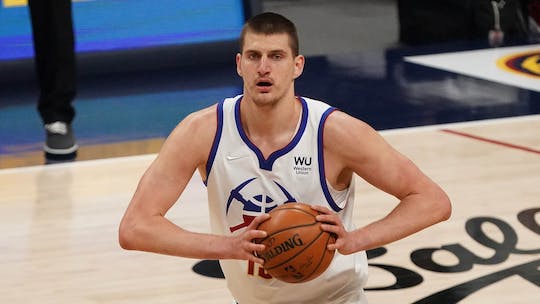 The panic alarm has been quietly ringing in the Los Angeles Lakers camp the past few weeks. And with the play-in tournament right around the corner, they can’t afford to push the snooze button anymore.

Plus with the Denver Nuggets coming to town on Tuesday, MVP candidate Nikola Jokic can put the Lakers to bed early. Catch the Nuggets-Lakers match at 10:00 AM on NBA TV Philippines via Cignal TV or NBA.smart.

The defending champions are barely holding on to a playoff seat with eight games left on their schedule. The Lakers are currently sixth in the West with a 36-28 record, squeezed in between by the Dallas Mavericks at number five and the Portland Trail Blazers at six. All three teams have identical win-loss cards, but the Mavericks own the tiebreaker, thus their fifth-place seeding.

The Lakers’ upcoming matchup against the Nuggets is the second night of a back-to-back, following a humbling performance versus the Toronto Raptors. Fueled by Pascal Siakam’s 39 points and 13 rebounds as well as Kyle Lowry’s 37 points and 11 assists, the Raptors didn’t play like a sub-.500 team struggling to get into the play-in. Instead, they acted as a painful thorn on the side of the Lakers.

To make matters worse for the purple-and-gold squad, LeBron James had to exit the game early because of right ankle soreness. It was just the King’s second game back after sitting out the last 20. He had 19 points, seven rebounds, and six assists in 27 minutes. Co-star Anthony Davis filled the stat sheet with nine boards, seven dimes, three steals, and a block, but his 12 points on 5-for-16 shooting was subpar for his standards.

As the Lakers look like a fighter on the ropes, the Nuggets have been knocking out opponents left and right. They’ve won five straight games, including a 110-104 victory over the LA Clippers in a slugfest between two top Western Conference teams.

The Nuggets are astonishingly 9-1 since losing Jamal Murray to a season-ending ACL injury. And even if Monte Morris and Will Barton are also out because of hamstring issues, the Nuggets are thriving as the third seed.

Jokic is still having a season to remember with averages of 26.2 points, 10.9 rebounds, 8.5 assists, and 1.4 steals. He’s an unstoppable glacier barreling through opponents. But Denver has also found a gold mine in the recent production of Michael Porter Jr., who’s been putting up 25.6 points per game since Murray was sidelined.

Even though the Nuggets are well on their way to the playoffs, they're not merely cruising their way towards the end of the regular season. They are crushing teams on the way there.

The alarm bells have gone off and the Lakers need to get their act together soon. But will the Nuggets push them into the play-in tournament and in further disarray? Or can the defending champs finally wake up from their long slumber?
Read Next
Features

On the Lookout: Can Nets end slump against Nuggets?

The Brooklyn Nets hope to break out of their four-game slump when they take on the Denver Nuggets on Sunday (PHT).