On the Lookout: Tatum, Celtics look to topple Raptors anew

The Boston Celtics look to snap out of a funk when the Toronto Raptors come to town. 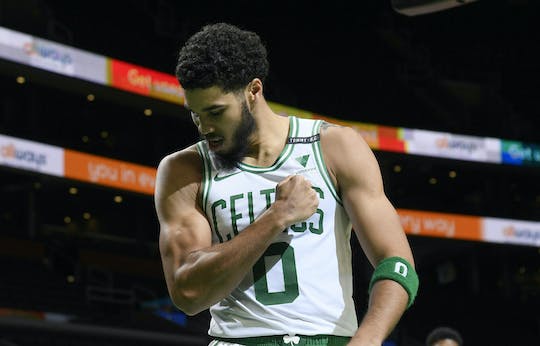 The Eastern Conference is shaping up to have wild chases at every spot in the standings. Tomorrow, two teams aiming to establish precious momentum in this condensed season will face off.

It's been another season of constant adjustment for the Celtics, who have had key starters miss major time this season. Boston started the year with Kemba Walker on the shelf to recover from a nagging knee injury. Then, just when he was putting up MVP numbers, Jayson Tatum sat out two weeks due to COVID-19. Even their most consistent and durable star Jaylen Brown recently sat out a couple of games due to knee soreness.

Tatum, Brown, and Walker are rightfully considered Boston's Big 3, but losing Marcus Smart to a Grade 1 calf strain has affected the Celtics on both ends. Smart not only guards the opposing team's best perimeter player, but also serves as a valuable secondary playmaker within the Boston offense.

Boston could really use Smart against the red-hot Raptors and the even hotter Fred VanVleet. Toronto looked washed to start the season, but have picked up the pace over the last few weeks, winning five of their last six games. VanVleet has been a major factor to their success, averaging 24.12 points on 47.3 percent shooting with 6.2 assists per in that six-game stretch.

Steady Freddy is a testament to the Raptors' offensive creativity as they continued to pull solid performances from up and down the lineup. 36-year-old Kyle Lowry hasn't shown any signs of slowing down, Pascal Siakam has found his groove after an early-season cold spell, while role players like Norman Powell and Chris Boucher have been key in Toronto's blitzing system.

There were doubts that Toronto will make the playoffs this year and this could be a moment of reckoning for the remnants of the 2019 championship-winning roster. But the Raptors are still kicking, even while being forced to play their home games in Tampa Bay, 2,200 kilometers away from Toronto.

For the Celtics, it's much of the same injury bug that has plagued them since 2017. From having Gordon Hayward and Kyrie Irving injured every year, to now having their starting lineup torn up, Boston needs some of that Irish luck to survive Toronto and more importantly, the entire season.