On the Lookout: Wizards look to secure play-in berth vs Cavaliers

After losing back-to-back to the Hawks, the Wizards are hoping to bounce back against the Cavaliers to clinch a play-in spot. 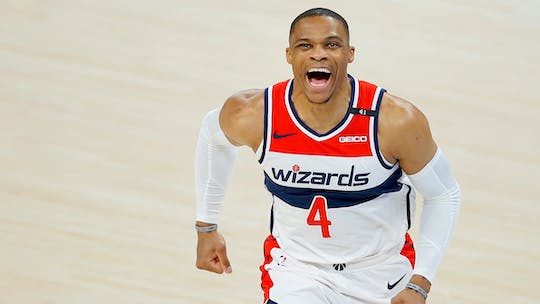 Check out the battle between the Washington Wizards and the Cleveland Cavaliers live at 7:00 AM on NBA League Pass.

Every game counts for the Washington Wizards. There are only two games separating the tenth-seeded Wizards (32-38) from the Chicago Bulls (30-40), who hold the tiebreaker advantage, so they cannot afford to lose both of their remaining games.

If the Wizards win against the Cavaliers, they will clinch a play-in tournament berth. If they don’t, they still have another chance against the Charlotte Hornets on Monday.

Despite Russell Westbrook’s incredible triple-double averages in the last 10 games, their back-to-back losses against the Atlanta Hawks may put their postseason hopes in jeopardy. Bradley Beal missed both games due to a hamstring injury and will remain out against the Cavaliers.

While the Cavaliers are already eliminated from playoff contention, their recent win against the Boston Celtics may be the confidence boost that they need to keep winning. Kevin Love and Collin Sexton combined for 58 points, proving that they won’t give up the rest of their games.

The final stretch of the regular season is a perfect training ground for the young Cavaliers team who are treating the games like the start of their preseason. The focus may be for next year but the fight still goes on.

This puts Washington in a tricky situation as they are going up against a team that has nothing to lose. The Wizards have to deal with the pressure of winning crucial games, while the Cavaliers are just playing.

If Washington wins, they will earn a guaranteed spot in the play-in tournament. If Cleveland wins, well, they get a lot of confidence knowing that they got back-to-back wins after losing 11 games straight.
Read Next
News