Outside the limelight: 2021 Role Player All-Stars

Putting the spotlight on players who aren't the main stars, but X-factors who consistently contribute to the success of their teams.&nbsp; Utah Jazz's Jordan Clarkson is one of the leading candidates for Sixth Man of the Year.

The following is a list of players who'll probably never get All-Star billing, but are critical to their team’s chemistry and winning. These guys don't make the headlines, but are the lifeblood of every NBA team's Twitter community.

Among everyone on this list, Clarkson is probably the only one who'll win an off-season award this year. The poster boy of Pinoy Pride in the NBA has elevated his game coming off Utah's bench. Donovan Mitchell rightly gets credit for powering the offense, while Rudy Gobert provides the defense and screen assists for the league’s best team. Clarkson, however, is the reason teams get no breaks against Utah.

Clarkson has bucked his reliance on midrange jumpers and has adapted a steady diet of 3-pointers (averaging a career-high 8.5 attempts from deep) and shots in the paint, resulting in career-best averages of 18.3 points on 45.7 percent shooting. He has also developed solid chemistry with Utah's other bench weapons in Joe Ingles and Derrick Favors as the bench units’ primary pick-and-roll ball handler.

If Utah does come out of the West, they would probably have pulled several clutch performances from Clarkson.

Mikal Bridges is a freakishly athletic player with a freakier wingspan.

He came into the league as a raw prospect with a lot of physical tools, but not a lot of skill. Teams often bet and lose valuable lottery picks on players like Bridges. It took some time, but Phoenix's bet on Bridges is finally paying off. 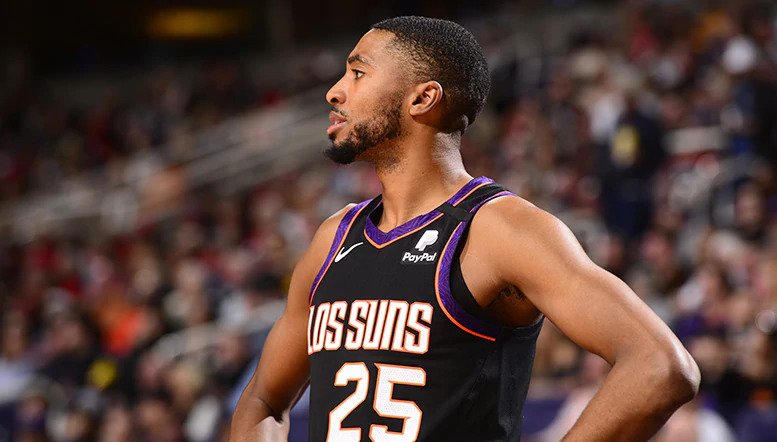 Bridges is the type of player that makes any lineup work. Similar to the Giannis Antetokounmpo experience, watching Bridges is like watching an alien play basketball. He uses his ridiculous wingspan and court sense to devastating effect on defense, while being a low-maintenance shooter-cutter on offense.

Speaking of defensive beast, no one makes defense fun to watch like Lu Dort. We've already done a piece on the Dort experience, so the following is a list of other reasons to love Dort.

No team does winning-by-committee like Gregg Popovich's Spurs as they’ve produced probably the best sixth man ever in Manu Ginobli, along with other memorable players like Boris Diaw and Bruce Bowen. When he retires, Patty Mills could very much join that lineup of beloved Spurs.

On a San Antonio team pivoting to younger talent, Mills has been as steady as ever – content to spot up for open shots on most games, but seemingly always primed to catch fire. The Australian is in his 12th season, but is showing he still has a lot left in the tank, averaging a career-high 13.2 points. 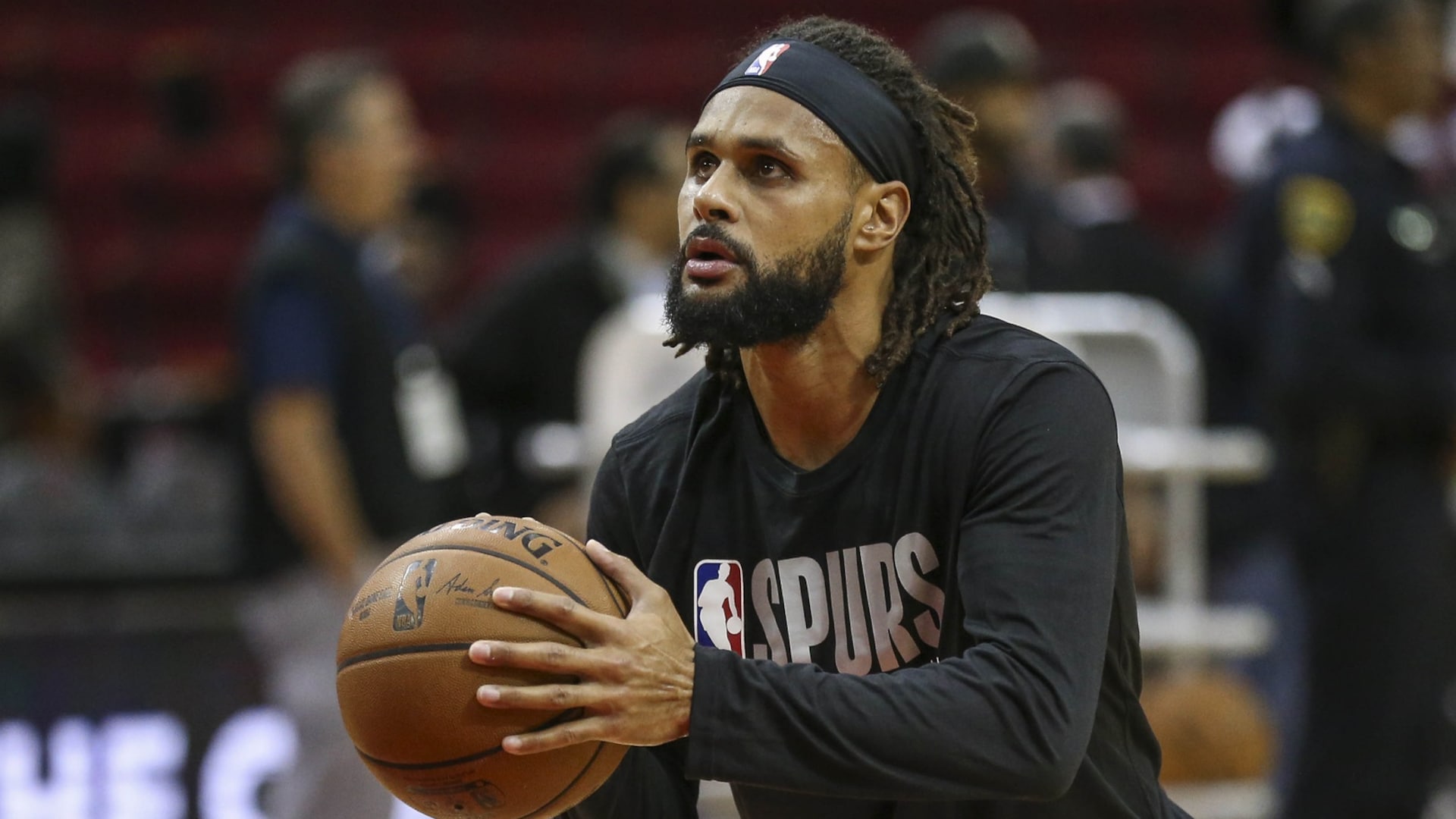 No matter how many young players they add, the Spurs understand better than any team in the league that they need players like Mills to establish a winning culture.

During Blazers games, everyone rightfully keeps track of Dame Time, but Kanter has high-key saved Portland from plummeting in the standings. Devastated by injuries to CJ McCollum and Jusuf Nurkic, the Blazers shrewd off-season move to bring back Kanter has been a big reason they're currently fifth in a loaded Western Conference with an 18-13 record.

Since becoming the Blazers starting center, Kanter has feasted in the paint, norming 12.7 points and 12.9 rebounds per game as the league's premier offensive rebounder. A lot has been said about his lack of defense and Kanter has been showing better effort, blocking shots at a career-best rate.

Lillard is determined to drag this team to the playoffs and he'll need everything he can get from Kanter.

There was a time in the league when each team sought their own Draymond Green; a five-position defender that can screen, pass and sometimes shoot on offense.

Just as that movement is dying, the Grizzlies found their candidate. Tillman is listed only at six-foot-eight, but has long arms and a 245-pound frame. He's already serving as the secondary playmaker off the Grizzlies’ bench with his above-average passing as a roll man and hand-off initiator.

The best thing about Tillman is he's a rookie. There's a good chance he'll continue to improve his defensive awareness and add offensive tools. It's a great sign that he's already playing 21 minutes per game on a surprisingly-good Memphis team vying for a playoff spot, despite several injuries.

Beyond on-court production, Thaddeus Young has lasted 13 seasons in the NBA because he's turned into a valuable locker room veteran. The Bulls haven't always built an environment conducive to developing the young lottery picks they've been bringing in, but they made a great decision in signing Young last season.

The 32-year old has been credited by the Bulls young stars as one of the team’s consummate professionals. What put him on this list, though, is he can still ball.

Chicago's young bigs Wendell Carter Jr. and Lauri Markkanen have been in-and-out of the lineup as they recover from injuries. Young has been consistent, whether starting or coming off the bench, averaging 13.4 points, 7.2 rebounds, and 5.4 assists over the last 14 games.

The Bulls have a great shot at ending their playoff drought, thanks to consistent performers like Young. 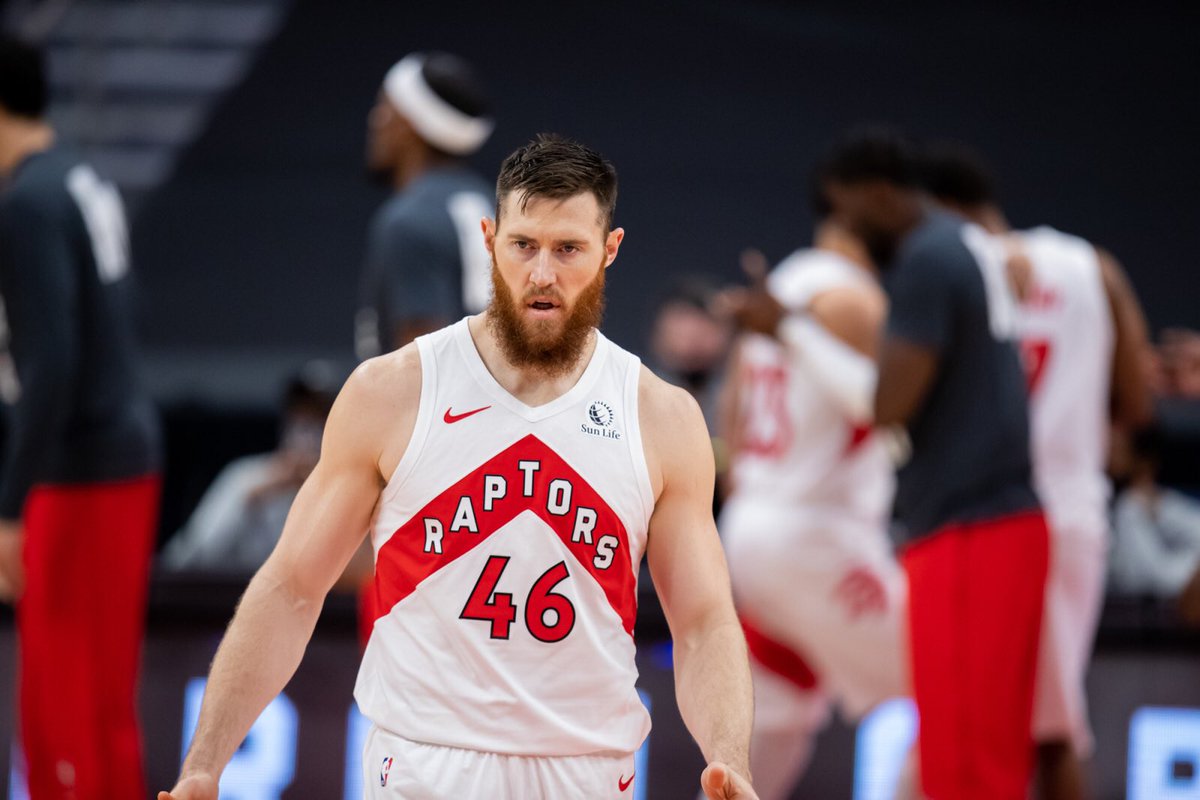 Aron Baynes inspired this list. His traditional numbers are lacking to make a list like this. He even had a handful of DNP-CDs to start the year.

It’s his manic following, namely Twitter account @BaynesFanClub, that provided the impetus for this article. A quick look at their account might lead one to believe that they are just a satirizing internet stan culture, normally reserved for big stars.

But, as Bayniacs know, saying they are just another spoof account is selling them short. Baynes Fan Club shines a light on one of the league's more under-appreciated players, highlighting everything that makes the Australian Punisher great: from the Physical Tone-Setters to his chef-fy side.

Other fandoms from every sport try to make their niche role player happen, but none have captured the masses' imagination quite like Baynes Fan Club. Mainstream sports outlets like ESPN or Bleacher Report may not post about players like Baynes, but role players deserve to have a post captioned “BUILT DIFFERENT 😤😤😤” too.

That's the vibe this article is trying to get with.