Jerami Grant is reportedly headed to the Western Conference. 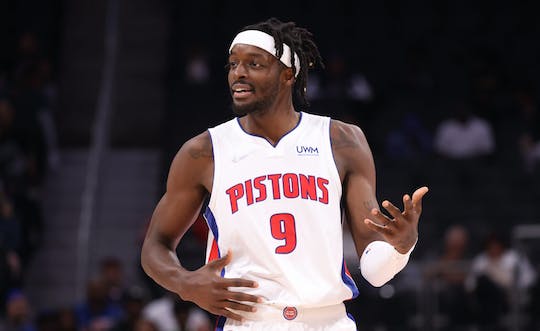 The Detroit Pistons have traded forward Jerami Grant to the Portland Trail Blazers for a 2025 first-round pick (via Milwaukee) and other Draft assets, per multiple reports.

ESPN’s Adrian Wojnarowski reports Portland will also send “the most favorable 2026 second-round pick between Portland and New Orleans” to Detroit.

Additionally, the 2025 first-round pick acquired by Detroit is top-four protected.

Grant’s salary — nearly $21 million for next season — is virtually the exact amount as the trade exception that Portland created in February when it traded C.J. McCollum to New Orleans.

It also gives Portland a big boost after a disappointing season, one where perennial All-Star Damian Lillard missed much of the year while injured. He and Grant were teammates on the U.S. Olympic team that won gold at the Tokyo Games last summer.

The most significant payoff for Detroit by making the move is cap space. The Pistons now have somewhere around $44 million in space available this summer, with free agency set to start in about a week.

Grant — who played his college basketball at Syracuse — averaged 19.2 points in 47 games with the Pistons this past season and has seen his numbers greatly improve over the last two years. In his first six seasons, he averaged 9.3 points while playing for Philadelphia, Oklahoma City and Denver.

But in his two seasons with the Pistons, Grant averaged 20.9 points.

And the trade serves as a homecoming of sorts. Grant was born in 1994 when his father, Harvey Grant, was in the first of his three seasons as a member of the Trail Blazers.