Play-In Tournament: Who gets the final two playoff spots in the West?

The West matchups are set with the No. 7 Timberwolves taking on the No. 8 Clippers, and the No. 9 Pelicans battling the No. 10 Spurs. Postseason play in the NBA is very different from the regular season. The play in the regular season is more free and loose with more leeway for mistakes. Things tighten up during the postseason - the game becomes a battle of attrition where teams grind it out for tough, hard-fought wins to keep their seasons alive.

This is where playoff experience matters. The best players in the league are usually the ones who have gone through wars in the postseason. Their understanding of what is needed to win in the playoffs can directly affect the outcome of a game or series.

That’s the theme I foresee in this year’s Play-In games. The Minnesota Timberwolves (46-36), LA Clippers (42-40), New Orleans Pelicans (36-46), and San Antonio Spurs (34-48) are fighting for the final two playoff spots in the Western Conference. Who has enough playoff experience to push their team further?

No. 7 Minnesota Timberwolves vs. No. 8 LA Clippers
Wednesday, 9:30 AM on NBA TV Philippines (via Smart GigaPlay and Cignal TV)

What the Timberwolves have done this season is truly remarkable. Last year, they were a 23-win team that looked like they couldn’t escape lottery hell. Under coach Chris Finch this season, the team has improved their play, especially on the defensive end. They were fighting for a playoff spot for most of the season before falling into the Play-In Tournament.

Unfortunately, Minny is facing a play-in team that’s really more of a playoff team. The Clips have been ravaged by injuries all season long, but that hasn’t stopped them from staying in the thick of things in the West. Several role players stepped up and played bigger roles to help the team salvage a winning season.

They welcomed Paul George back from an elbow injury late last month and have been rolling since then. He didn’t skip a beat, averaging a 22-6-7 line in the five games he’s played to lead the Clippers to a 4-1 record during that stretch. PG is the difference-maker in this matchup between the Clippers and Timberwolves.

LA won the season series 3-1, with all their wins coming early in the season before the George injury. In those three wins, the Clippers All-Star averaged 25 points, nine rebounds, and five assists. They won those games by an average of 19 points per game. Not only was George putting up big numbers, but the rest of the team just seemed more at ease with him leading the way.

I expect that same storyline to play out during their play-in matchup. The Clippers are a more experienced team from top to bottom. Guys like Reggie Jackson, Robert Covington, and Norman Powell all earned their chops in the playoffs. Even coach Ty Lue has had his share of big playoff wins. When push comes to shove, it doesn’t hurt to have someone like George ready to deliver another big postseason moment.

No. 9 New Orleans Pelicans vs. No. 10 San Antonio Spurs
Thursday, 9:30 AM on NBA TV Philippines (via Smart GigaPlay and Cignal TV) 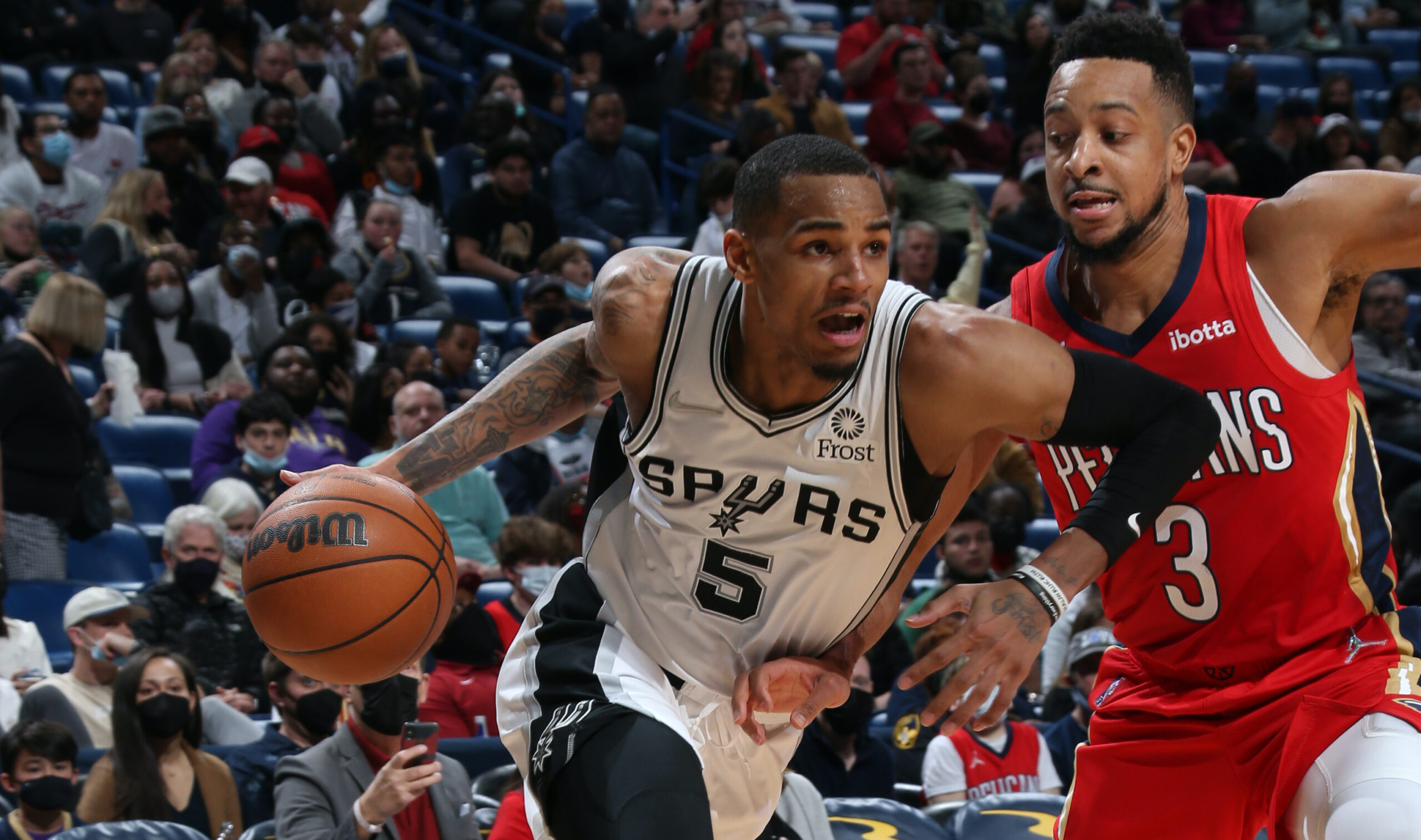 Taking a look at the roster of both teams, one name stands out: CJ McCollum. He’s the only player with real significant postseason experience.

McCollum has been such a game-changer for the Pelicans. He brought another dimension to a team that sorely needed another scoring and playmaking option. In 30 games with New Orleans, he led the team with averages of nearly 25 points and six assists.

But there’s one person that has even more postseason experience than McCollum. He’s just not going to be on the court on Thursday (unless a ref really pisses him off). Coach Gregg Popovich brings 22 seasons’ worth of playoff experience to the matchup.

Coach Pop just knows how to win. The Spurs have been playing virtual do-or-die games in the final 10 games of the season. Needing to win almost every game to keep the 10th seed, San Antonio went 7-3 during that stretch, which included two separate 3-game win streaks. They did that without their best player, Dejounte Murray, who sat out five of those 10 games.

In true Pop fashion, he was able to motivate several players to step up during that stretch. Several Spurs hit double figures and different players led the team in scoring. Some days it was Keldon Johnson, other days younger guys like Devin Vassell or Lonnie Walker IV did the damage.

Pop has seen nearly everything on the court, so he’d have a counter to whatever the Pelicans will throw at his team. I fully expect San Antonio to come out prepared like they’ve been playing in the postseason for years now. They’re going to be ready for everything New Orleans has to offer - from McCollum all the way to Jose Alvarado.

Given the experience narrative I’ve weaved so far, it seems like I’d go with Coach Pop’s vast playoff experience against the Timberwolves for the final spot in the West bracket, right? Well, it’s tough to bet against Pop but I can’t just ignore the gaudy numbers the young Timberwolves have put up against the Spurs this season.

Karl-Anthony Towns had his best game of the season against the Spurs. Back in March, he exploded for a franchise-record 60 points, shooting at a 61 percent clip highlighted by seven triples. The Spurs just didn’t have an answer for Towns.

More recently, Anthony Edwards erupted for a career-high 49 points, also against the Spurs. San Antonio had a balanced scoring attack in that game but it didn’t matter. Edwards’ output was enough to overpower eight players who scored in double figures.