Camille Clarin
Twitter Instagram
Camille Clarin is an incoming sophomore guard for the National University Lady Bulldogs. She is a UAAP champion and a FIBA 3x3 U18 Asia Cup bronze medalist. Off the court, Camille enjoys going on food trip adventures and hunting for sneakers to add to her collection. 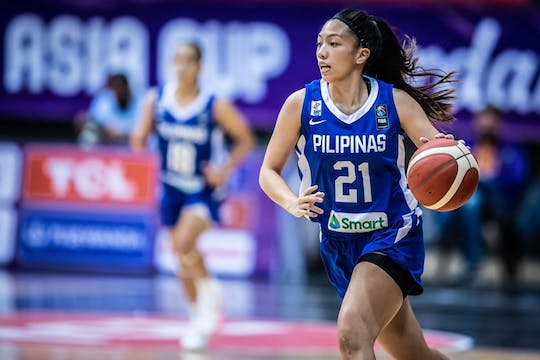 Camille Clarin was one of the four rookies in the Philippines' roster for the 2021 FIBA Women's Asia Cup. (Photo: FIBA)

It’s quite an overwhelming feeling to get invited into the Gilas Pilipinas Women roster.

There’s a rush of excitement, fear, and uncertainty when you play basketball during a pandemic. You get so hyped into thinking you can finally get back on the court, but you realize how scary it is to play again after missing it for two years.

Think about it: we have been banned from stepping on the court to play even just a scrimmage since March 2020. Then in a matter of weeks, we got thrust onto the biggest basketball stage in Asia – it’s surreal.

Part of playing in an international tournament means going up against the best of the best. As a rookie, it’s already intimidating to play with veterans who have way more experience, but playing against professionals who do this for a living is a completely different story.

When I found out there were a couple of WNBA players in our bracket in the FIBA Women’s Asia Cup, I was beyond excited. “Work until your idols become your rivals,” was the exact quote running through my head because that is legitimately what was happening. I’m an avid supporter of the W, so to go up against some of the players was an honor. My excitement triumphed over all my nervousness for sure.

I looked into the rosters of all the teams before we got to Jordan, sort of like a scouting report. When I came across Australia’s, I was stunned to see her name there.

Every time we passed the Australian team, I looked for her, but she wasn’t there until about two or three days before the tournament started. I won’t lie, I was a little starstruck when I first saw her. I even came up to her after our game against China to compliment her on her season with the New York Liberty. To my surprise she was so nice and even kept the conversation going beyond a polite “Thank you”.

Whitcomb was calm, cool, and collected. She found the gaps every time and scored with ease. Her ability to find her teammates was beautiful to watch because it looked almost effortless. She led the team like the veteran she is, and a lot of Australia’s success can be accredited to her leadership and composure.

Then there was China’s 6-foot-9 big Han Xu, who literally elevated the game. It was extremely difficult to get around the former Liberty center or stop her from scoring at the basket. She also made impressive passes out of the paint when we tried to double team her. For someone that tall, she was also very agile, which made outrunning or tiring her almost impossible. 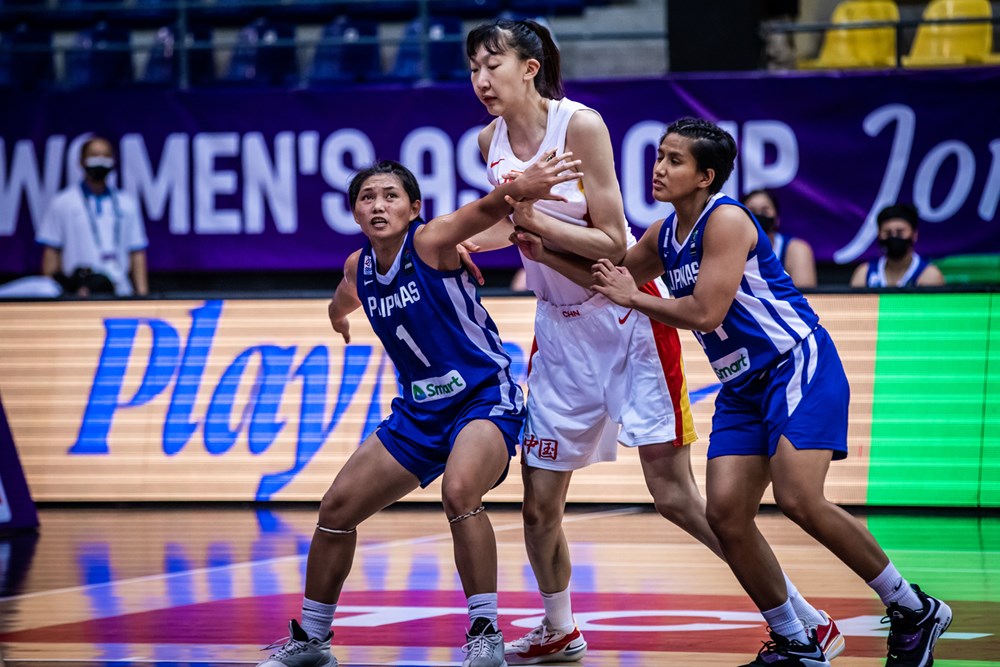 What made things sweeter was the understanding that this experience just opened the door for me and my team. This could be the start of the Philippines playing against more WNBA players. Sooner or later we would have the challenge of scouting all these top athletes we used to just follow in the W, and not get completely overwhelmed by excitement.

Personally, if I were given a chance to choose my matchup, it would have to be against Chicago Sky’s Allie Quigley. As cool as it would be to go up against legends Sue Bird or Diana Taurasi, Quigley is someone I want to model my game after. If I get to actually play against her and guard her, I could pick up some of her tricks and add it to my own game. Her efficiency and effortless release are things I’ve always admired. To see it face to face and try to stop it would be an honor.

Going against the best of the best, whether it was players from the WNBA or other professional leagues, was inspiring and felt unreal. The last time I played a game was in 2019, and two years later, my first time back on the court was against women I idolized. Quite frankly, I don’t know if that made me the luckiest or unluckiest person ever.

It gave me a much needed perspective on what I need to work on as a player and gave me motivation to work that much harder. Hopefully next time around, I could compete against them rather than just be in awe of them.