There's more to today’s game than scoring. A lot of successful players in the NBA don’t even rely on points. 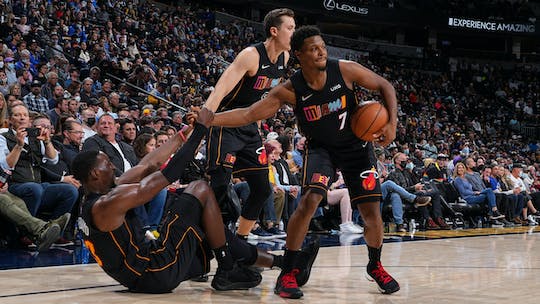 The game of basketball has gone past the phase where scoring determines if a player is good or not. It’s no longer necessary for a player to drop 20 points a night to be called elite for their position.

Looking into the structure of teams, you’ll realize there’s a pattern for most successful teams. You have a top scorer, a good shooter, a reliable defender, and a bunch of role players who know their jobs well. You’ll also notice a good chunk of these rotational players shooting less than 10 field goals, but get subbed maybe twice or thrice a game. These players average 20 minutes on the floor but finish off with maybe 10 points and a plus-minus of around plus-10 to 20.

If you look deeper into things, you’ll figure that it’s neither possible nor sustainable to have a group of only shooters on an NBA team. It’s rare to find elite shooters that transition well from their amateur leagues to the pros. Some even find it difficult to carry their play from foreign leagues into the NBA. It also doesn’t make sense to have guys who are just looking to score every single night. A system won’t thrive in any way if everyone wants the ball in their hands.

To have a successful team, coaches need to tick a couple more boxes than just shooting. They need to find playmakers, defenders, and all-around guys who are willing to give up the exciting part of basketball to do all the dirty work.

When finding a playmaker, you need to look for someone who knows how to pass and has an incredibly high basketball IQ. You need someone who understands the game so well and can predict what will happen a few seconds before it does.

The playmakers’ role is to get everyone involved, distribute the ball well to make sure everyone has a fair share of opportunities to avoid isolation plays. These players need to know their coach’s system inside and out. They know how and when to call the shots and what to do when things aren’t going their way.

A good playmaker knows how to get people going. They understand that giving a struggling teammate more opportunities may get them into a rhythm while building confidence and trust for the succeeding games.

When you think of playmakers, guys like Chris Paul and Kyle Lowry come to mind. They are no longer the team’s main scoring option, but they are also the kind of players you need to thrive. They want their teammates to get better, even if it means giving up their own opportunities. But of course, these are the same players who teams shouldn’t count out. Because they understand the game so well, they also know when to pull the plug and make plays on their own.

Guys like Lonzo and LaMelo Ball, Darius Garland, and Derrick White are part of the league’s budding playmakers, but it usually takes years of experience in the NBA to get to the level of the elites.

Then there are the guys who do all the dirty work, whose contributions are usually not translated to stats since the boxscores tend to favor offense-oriented players.

They’re usually the players that are bigger and lengthier since most of these defensive specialists are rim protectors. This includes guys like Rudy Gobert, Myles Turner, Brook Lopez, and even Ben Simmons. They are the ones who do not stop jumping. Whether it’s to challenge a shot or grab a rebound, these players know that it’s their responsibility to create second-chance opportunities.

However, they can also include the smaller, peskier players who are tasked to get stops in transition or defend against opposing scorers. Marcus Smart and Alex Caruso would be perfect examples of these types of players. They’re just plain annoying for their opponents, constantly poking the ball or pushing them into corners where they’re forced to pass.

Lastly, there are guys who just do it all. These are the players whose statistics are not sufficient to understand what they’re all about. It’s honestly not that hard to miss them because you constantly see them giving their all (as cliche as it sounds).

Draymond Green, Bam Adebayo, and Jrue Holiday are the epitomes of an all-around guy. They aren’t top scorers, nor are they the main option during crunch time. They have the unique and crucial role of being the leader, whether vocal or by example. They want nothing more than to see the entire team succeed, ensuring that no one gets left behind.

Overall, these are the players who prove that “hard work beats talent”. They continue to find a place in the league even if scoring isn’t really their strong suit. They may not be household names, but their value is unmatched. They are the guys who show fans that basketball isn’t all about scoring—it’s about making sure that the bits and pieces are working and that their team can reach the level of success that they want to achieve.