Report: Ben Simmons will not play vs. 76ers

The Brooklyn Nets' new guard will reportedly miss the March 10 home game against the Philadelphia 76ers. 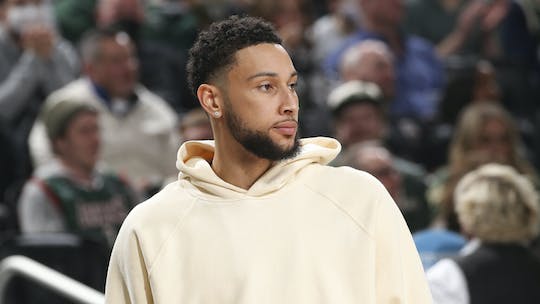 Ben Simmons will reportedly return to Philadelphia this week, but he will not play against his former team.

Shams Charania of The Athletic reports Simmons will not play in Friday's (PHT) game between the Nets and 76ers, but he is expected to make the trip to Philadelphia and join the team on the bench.

Simmons was dealt to Brooklyn on trade deadline day and at that point, declined to give a specific date for his return to the court. He has been ramping up his training for his season debut — he has yet to appear in a game in 2021-22 for either Brooklyn or Philadelphia — and has been seated on the bench with his new teammates for several games now.

The former All-Star has been dealing with back soreness but Nets coach Steve Nash said in late February that he didn’t expect it to become a “long-term injury” for Simmons.

Simmons, the No. 1 overall pick in the 2016 draft, hasn’t played since the 76ers fell to the Atlanta Hawks in last season’s Eastern Conference semifinals. He demanded a trade last summer.