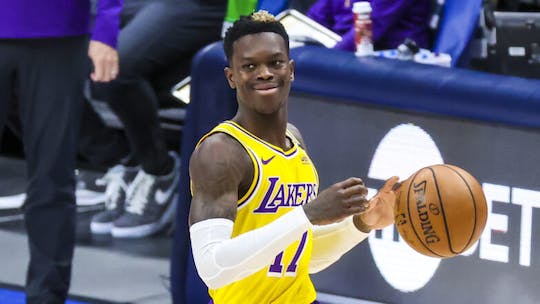 Free agent guard Dennis Schroder has agreed to a one-year deal with the Boston Celtics, he announced Tuesday on his Instagram account:

“I’m proud to announce that for the 2021-22 season I’ll be playing for the Boston Celtics!” Schroder wrote on his Instagram stories. “This is one of the best franchises in NBA history and it will be a honour to put on the green and white and do what I love! I’m going out there every night and leaving it all on the floor for the city!! Who’s ready?”

Schroder’s deal is reportedly for the $5.9 million exception, according to ESPN’s Adrian Wojnarowski.

The 27-year-old, who averaged 15.4 points, 3.5 rebounds and 5.8 assists in 61 games last season for the Lakers, turned down a maximum extension L.A. was eligible to offer during the regular season, worth more than $80 million, to pursue a more lucrative deal.