Utah's veteran guard avoided serious injury or ligament damage after colliding into a screen in the 3rd quarter against Portland on Saturday. 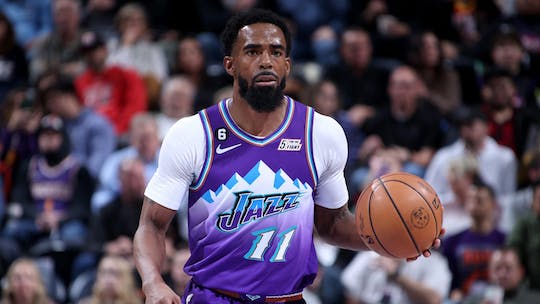 Utah Jazz guard Mike Conley Jr. reportedly will miss the next two weeks after sustaining a knee injury, according to The Athletic’s Shams Charania.

The injury occurred early in the third quarter of Utah’s 118-113 win against the Portland Trail Blazers on Saturday. The veteran guard left the game after colliding into a screen and did not return with 10:22 left in the third period.

The Jazz are off to an unexpectedly hot start this season, taking over the No. 1 spot in the Western Conference with last night’s victory in Portland. Conley is averaging 10.2 points, 2.4 rebounds and 7.9 assists with Utah this season.

Atlanta's starting forwards will reportedly be sidelined for the foreseeable future.