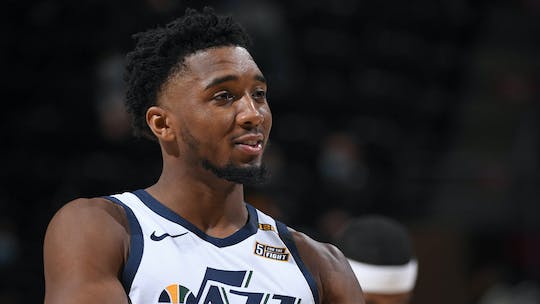 A day after the Utah Jazz said they’re willing to listen to trade offers for Donovan Mitchell, according to ESPN’s Adrian Wojnarowski, it appears the New York Knicks are in hot pursuit.

The Jazz and Knicks are discussing a deal that would send Mitchell to New York, sources tell Shams Charania and Tony Jones of The Athletic.

According to The Athletic, the Jazz are having conversations with multiple teams on a Mitchell deal, but the Knicks have become the “focused destination.” Both teams have discussed the framework of a deal in the past 24 hours.

Ian Begley of SNY.tv reported earlier Wednesday that the Jazz were keying in on a draft pick-centric package.

If that is the case, New York can offer as many as eight first-round picks in a deal for Mitchell: four of their own and four owned from other teams.

Mitchell, who was born in Elmsford, N.Y., and often spends his offseason time around the NYC area, has averaged 23.9 points and 4.5 assists during his five-year career with the Jazz, and he has been an All-Star each of the past three seasons.