The Hawks have reportedly added Dejounte Murray to pair with fellow All-Star Trae Young in their backcourt. 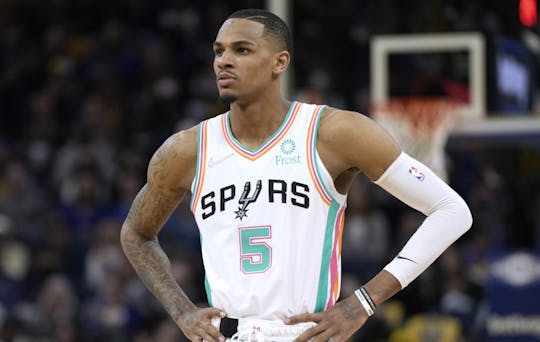 The Spurs pushed their rebuild into full swing Wednesday, trading All-Star guard Dejounte Murray to the Hawks for forward Danilo Gallinari and a trio of first-round picks, according to multiple reports.

ESPN’s Adrian Wojnarowski was first to report news of the deal, while The Athletic’s Chris Kirschner spelled out details of the future Draft assets.

Wojnarowski reported that Atlanta will send a 2023 first-round pick from the Hornets to San Antonio, in addition to first-round picks in 2025 and 2027 in a deal that reportedly also includes a 2026 pick swap.

For Atlanta, all the moving parts achieved the goal of strengthening a backcourt already led by All-NBA guard Trae Young, who finished sixth in the league in scoring (28.4 points per game), by adding a dynamic young point guard coming off his best season as a pro.

Gallinari, meanwhile, averaged 11.7 points, 4.7 rebounds and 1.5 assists last season for the Hawks, which finished 43-39. The 33-year-old joins a Spurs squad in full rebuild mode with only one other player on the roster (Doug McDermott) age 30 or older.